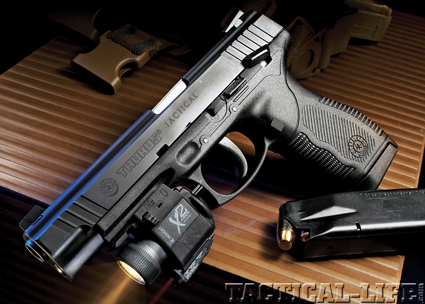 The 24/7 series of polymer-framed pistols was developed by Taurus for a USSOCOM request for proposal, and led to a line of popular civilian semi-automatic pistols. Steve Woods Photo

Taurus International (Forjas Taurus S.A.), a long-established armsmaker headquartered in Porto Alegre, Brazil, has made a tradition of shaking up the firearms world by doing unprecedented things. These shake-ups have included developing firearms that employ titanium (and in so doing taking the firearms community by storm in 1999 when first introduced), advanced polymer-framed pistols with proprietary designs, and ultra-compact pocket pistols—in tandem with offering revolvers that had many appealing similarities to Smith & Wesson revolvers and a line of semi-autos related to the renowned Beretta 92 series.

Question: Since your time coming on board with Taurus in the late 1990s, and from your background working at Colt’s (1980-1990) and with S&W, what was the primary goal of your work

Morrison: “I insisted that we have something new each year. If you don’t have anything new you don’t do as well. An example is the line of Taurus Judge .410/.45 Colt revolvers. But, I also knew the value of established designs, such as the 1911. I felt that if Taurus was going to build a 1911-style semi-auto, it would need to have at least 20 custom features built into the standard gun. That was how we entered the market, and it has carried us along extremely well and we continue to offer that gun at a reasonable price.” 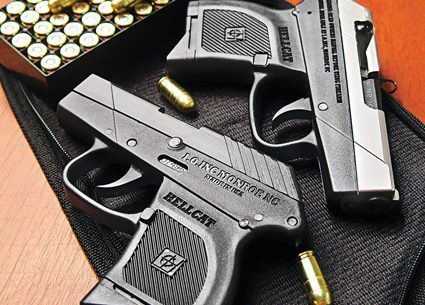 Here are our Editor’s Picks for the latest handguns, holsters, and other pistol accessories.