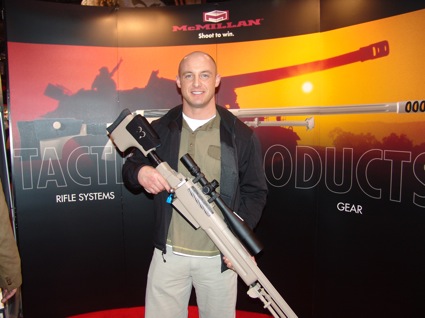 Corporal Robert Furlong of the Canadian Armed forces was a trained sniper assigned to work with American Special Forces during Operation Anaconda in Afghanistan. His three man sniper team was assigned as overwatch for a known Taliban supply route. The Canadians set up their hide in mountains up to over 10,000 feet and soon saw a three man Taliban squad making their way into the sniper team’s area of operations.

One of the enemy combatants was carrying a belt-fed Russian General Purpose Machine Gun, on par with a M-60 or M-240. Rob settled behind his McMillan .50 Sniper rifle, and although the range of the targets was well beyond anything he had been trained or even had “dope” for his weapon, he was determined to stop the armed terrorists that were over a mile and a half away. Which he did.

Harris Publications sat down with Rob Furlong at SHOT Show 2010 for an exclusive interview as he told his account how he successfully engaged these terrorist and made the longest recorded sniper shot in history. Coming soon in an upcoming Harris tactical magazine read his full story and how only the best of the best can take their knowledge of their weapon, optics and ballistics to extrapolate a successful shooting solution. 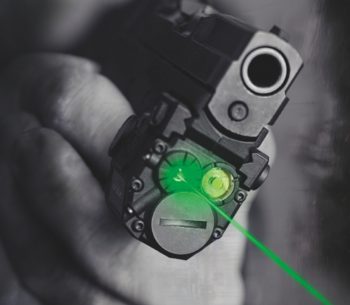