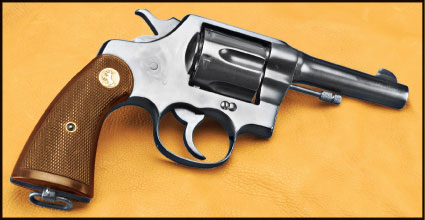 The solid old .38 Special cartridge has been with us for more than 100 years and is still going strong. Developed by Smith & Wesson (and properly called the .38 S&W Special) for use in the .38 Hand Ejector Model of 1899, the .38 Special was intended to bridge the caliber gap in defensive or combat revolvers. The gap was perceived to be between the small .32 calibers and the big .44s and .45s. That was a long time ago and we have dealt with a succession of caliber gaps since those days. Still, the gun and its new cartridge were big news at the turn of the century because this was a time when we did not have a new handgun cartridge every year. It was also a time when America’s premier revolver makers, Colt and S&W, were developing guns for use in the new century and dropping the SAAs and Break Tops that helped conquer the frontiers. Since police and civilian handguns were less likely to be used for life-saving duties, there was a move toward guns that were smaller, lighter and easier to carry. In the new .38 Special caliber, S&W introduced the M&P in 1899 and Colt brought out the Army Special in 1908. 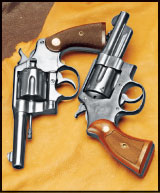 Both were strong, medium-sized guns chambered for a respectable medium-powered cartridge. Most commonly, the police load for the .38 Special used a 200-grain LRN bullet at about 750 feet per second (fps), by no means wimpy, even by today’s standards. If a shooter needed even more power, he could step up to a bigger gun with a bigger bore. During the first few decades of the 20th century, there were many variations of S&W’s great N-frame revolver and the equally rugged Colt New Service model available to those who needed more smack ‘em. Most cops were content with the “easy-to-carry and shoot” mediums that fired the established .38 Special. 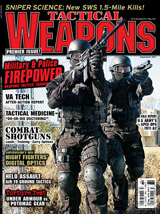 The solid old .38 Special cartridge has been with us for more than 100…