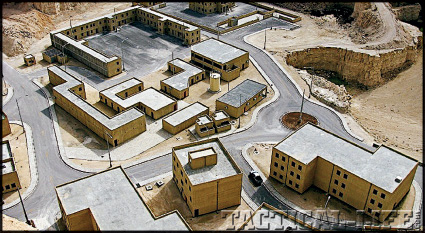 I’ve done close protection training in many locations ranging from a hunting camp in the Canadian North Woods, to former military bases, to active military bases, and to third world estates. Consistently, I’ve found that facilities that lend themselves well to some aspects of training do not lend themselves to other aspects. Facilities with excellent shooting ranges and secluded roads for counter-ambush and security driving training generally do not have multi-story buildings or other areas to simulate urban areas. Urban areas where it is easy to practice drills in large office buildings and urban streets generally do not lend themselves to high-speed driving exercises. Not only that, but people tend to become curious about “principals” being escorted around by groups of well-dressed and fit-looking men and women. On one course in Canada we were based at a motel in upper Ontario. The only multistory building in the area was a hospital and they quickly became suspicious when we used the elevator and stairways for escort drills, suspicious as in, “Please leave!”

Some course locations have worked quite well. On one we used a former naval base in the UK, which had been converted to a Eurosports complex. There were ranges, lots of roads, lots of buildings, and most of the time, quite a bit of privacy. On a course in Minneapolis, we had a good facility with stairs and rooms, and an indoor range; for an escort exercise we had the Mall of America. We had to do our vehicle counter-ambush drills in a relatively contained area, but overall that venue was pretty good.

When I trained military general officer protection teams, there were usually older barracks and other disused buildings we could use for drills. All types of ranges including tire houses were available, as was access to helicopters for teaching movement onto and off of them. In Russia, we had a police range, some disused factories with lots of room to do vehicle drills and security driving. We even had access to a TV station where the guys I was training worked secondary from their official jobs as security for TV reporters who were often threatened for reporting hard news.

I could go on with examples, but it should be obvious that frequently when doing protection training you have to make do with the facilities you have. For some major units, however, this is not always the case. Around the world there are a few facilities that are tailor-made for protective teams. They are few, but they generally combine virtually all of the elements would could desire.