0
SHARES
2
VIEWS
Share on FacebookShare on Twitter
A misinformed prosecutor could try to contend that an innocent citizen fired unnecessarily in the dark and in the confusion of a conflict. Photo Courtesy Sean Utley

A colleague in the Northeast who practices law and specializes in self-defense cases recently sent me the results of an appeal in that neck of the woods. Call it Case One. A prosecutor had argued in summation on a shooting case that the defendant’s double-action revolver would have to be cocked like a Frontier Single Action Army for every shot, and that this meant he fired with slow, deliberate, malicious intent. 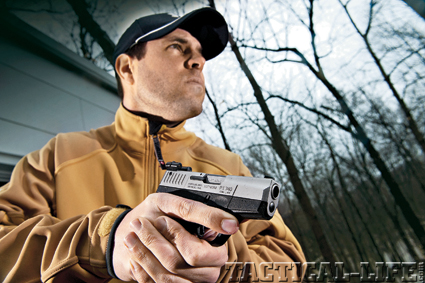 A prosecutor’s lack of knowledge of firearms and ballistics could lead to you being falsely accused of acting maliciously. Know your handgun and your ammunition and their capabilities. Make sure the attorneys understand them as well. Photos Courtesy Sean Utley

Upon review, the appellate court found the trial court in error for allowing the prosecutor to testify to facts not in evidence, but did not find it reversible error. Bottom line: the defendant is still in prison and, pending higher appeal, likely to remain there.

Did the prosecutor genuinely not understand how a revolver worked? And this despite the fact that his own witness during the trial, the state’s firearms expert, had described the double-action function of a revolver and that a single pull of the trigger fired a revolver just like an auto? I don’t know. I wasn’t there. The appellate court didn’t determine an answer to that question.