0
SHARES
1
VIEWS
Share on FacebookShare on Twitter
A revolver in double-action mode is an excellent defensive firearm. However, a cocked hammer could land you in serious legal trouble.

In the defensive use of firearms, the gun is pointed at a human being—often a person who needs to be immediately deterred but does not yet necessarily need to be shot. The scholarly, authoritative studies of Professor John Lott and Professor Gary Kleck have long since proven that law-abiding armed citizens thwart a great many criminal attacks by simply drawing their weapons and taking the predators at gunpoint, as compared to every time they actually have to shoot a criminal to save their lives or the lives of other innocent persons. 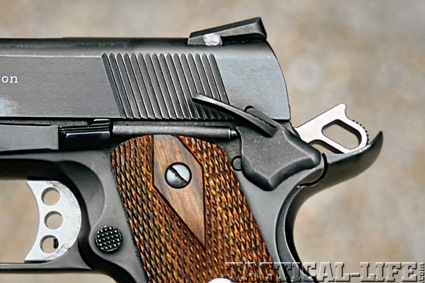 Collective manufacturer specs and a century of common practice has made 4 lbs. the accepted “minimum street trigger pull” for 1911s.

The real-world dangers of a too-light trigger pull on a defensive firearm have been addressed here before—recognized decades ago by the Los Angeles Police Department when it ordered all the service revolvers modified to fire double-action only. That was a policy that would eventually be followed by the police departments of New York City, Miami, Montreal and others. 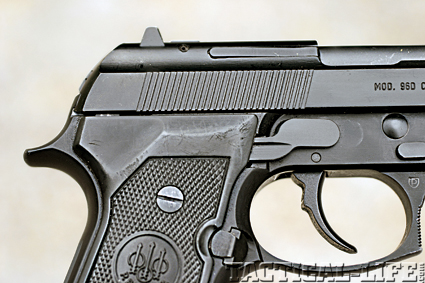 A double-action-only semi-automatic pistol, such as this Beretta 96D in .40 S&W, makes for a fine law enforcement or civilian defensive pistol.