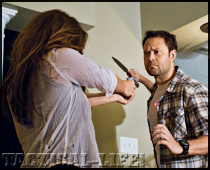 In the 19th century it became popular to refer to the firearm in general and the handgun in particular as an equalizer in the United States. Legend has it that at least one Colt SAA revolver was engraved with the words, “Fear not any man/No matter what his size/When danger threatens, call on me/And I will equalize.”

Still, in the same time period, there arose another saying that is still popular in some quarters: “God made men. Colonel Colt made them equal.” Today there are bumper stickers for armed women reading, “God made men and women equal. Smith & Wesson keeps them that way.” There is truth in these old saws.

Disparity Of Force Factor
It is not a sexist slur to say that women on average are smaller, lighter and have less upper body strength than men. While the term “the weaker sex” doesn’t really apply in a lot of ways, it certainly does in terms of the average, raw physical power. This can create a disparity of force when a woman is violently attacked by a physically smaller man.

For a self-protection defense to work after using a deadly force on an attacker, the person who fired must show that they, or the person they had the right to protect, was in immediate, unavoidable danger of death or great bodily harm. For this situation, there are three criteria that must be met, generally known as: ability, opportunity and jeopardy (AOJ).

The jeopardy factor is created when the opponent’s words and/or actions indicate to a reasonable and prudent person that he intends to cause death or great bodily harm. There usually is not a huge amount of difference in that regard between male and female defenders who fire in self-defense.

The opportunity factor is created when the opponent is close enough to be physically capable of killing or crippling the defender in the immediate here and now. If the attacker is waving a machete and threatening to decapitate you three football fields away, he does not yet have the opportunity to immediately kill or cripple you with that weapon. But the opportunity factor would be obviously present that distance away if you were one of Charles Whitman’s victims when he fired a long-range rifle from the Texas Tower in 1966. This is why many armed citizens who returned fire on Whitman with deer rifles (to pin him down to prevent him from increasing his mass murder toll until he was finally shot and killed by police,) were never accused by the justice system for having done anything wrong.

The remaining element is the ability factor. This means that the opponent possesses the power to kill or to cripple. Often, a blade, a bludgeon or a firearm is referred to as a “per se weapon.” It might also be a makeshift weapon such as a lamp or bottle wielded as a club. An automobile that the attacker is trying to use to run over the victim counts, too. However, there are circumstances where even an unarmed man can be seen as having the ability to kill or to cripple. This is where the disparity of force element comes in.

Disparity of force means that the opponent’s physical ability to cause death or grave bodily harm with his bare hands and his feet are much greater than the defender’s. This ability constitutes the equivalent of being armed with a per se weapon. When two or more criminal assailants attack the defender, disparity of force often takes the form of force in numbers. This applies to male or female alike. It may also take the form of known, or obviously inferable, high skill in hand-to-hand combat.

In other words, if you know beforehand that your opponent is a professional fighter or a black belt, or you’ve seen him side-kick a couple of bouncers through plate-glass windows (and you are not capable of doing that yourself), you have reason to believe that his ostensibly unarmed attack on you is highly likely to cause death or permanent injury. This element, too, applies to either gender of potential defender.

When we take all these factors into consideration, we can see why American courts and American juries tend to be more forgiving of women who kill unarmed men in self-defense, than of men who do the same.

Aggressors’ Attacks
Case One took place in the Detroit area. A married couple ran a mom and pop store that was hit by armed robbers. When the “Pop” did not comply as swiftly and completely as the vicious predators wanted him to, they shot him down, wounded him severely and left him virtually helpless at the moment.

The “Mom” grabbed a revolver from under the counter, and came up shooting. In moments, one of the robbers was down and dying, and another was wounded. She was out of ammunition, but he wasn’t. Perhaps, for a moment, he thought triumphantly and vengefully that she was now helpless, and he could take his murderous revenge.

If so, he was wrong. Without hesitation, she reached under the counter, snatched up a second loaded revolver, and re-commenced the shooting. When police and medics got to the scene, the only medical treatment the perpetrators were eligible for was autopsy. The double fatal shooting was ruled justifiable homicide, and to the best of my knowledge, no lawsuits were filed. The woman recovered from minor injuries, and her husband recovered from his more serious gunshot wounds. I trust he was suitably grateful to the wife who saved his life.

Case Two occurred in the Pacific Northwest, where a beautiful young woman misjudged the character of a man she invited to her home for a drink. Once inside, he brutally attacked and raped her. As he was basking in whatever afterglow this act produced for him, the woman was able to get away from him and grab a revolver she had borrowed from a friend, a Smith & Wesson Model 34 Kit Gun. She pointed the weapon at him and ordered him to leave.

Making it clear that he didn’t think she had the courage to shoot him, he advanced on her menacingly, as if to take the gun and kill her with it. It was his last mistake. She emptied it into him, firing all six .22LR cartridges in the cylinder. Losing all interest in anything but self-preservation, he staggered to the door and managed to totter into the apartment building’s hallway, wailing, “The bitch shot me for nothing!” Then he collapsed and died. This self-defense killing was correctly ruled a justifiable homicide by the criminal justice system. No lawsuit evolved from the civil justice side of things, either.

Case Three happened to one of my graduates, a young wife and mother. She was about to enter her house after returning from work when she spotted a burglar inside, who turned out to have a long history of brutality against women. Ear witnesses heard her repeat loudly the command sequence she had learned at Lethal Force Institute: “Don’t move! Don’t touch that weapon!”

They then heard the two shots she fired from her Sig Sauer P230 pistol. Responding police found him prostrate and motionless. He had sustained two .380 gunshot wounds, and had been killed by the second of the jacketed .380 hollow points, which had struck him center chest.

She called me from the interview room at the police station. Things turned out all right. The cops in the city where it happened knew what was what. It was determined to be a justifiable homicide by the criminal justice system. The wife of the deceased, whom many expected to file the obligatory “hit the lottery” nuisance lawsuit against the woman who killed her husband, eventually called that lady on the telephone.

The conversation was different from what some of us more accustomed to working in the courts might have expected. The widow told the woman who had pulled the trigger that she knew she was probably feeling bad about killing a man, but wanted her to know that her late husband had beaten both her and her child before abandoning them both. It helped to soften the impact on the woman who had been forced to shoot and kill a man so she could still be a mother to her child, and a wife to her husband.

True Self-Defense
For many years, when battered women killed their long-time abusers, attorneys would try to use the “battered woman’s defense.” This is more properly called “learned helplessness,” a term coined by famed clinical psychologist Dr. Lenore Walker. This theory is best applied to women who killed their abusers when they were not in immediate danger from them. Case Four is the famous “burning bed case” where Francine Hughes waited until her abusive husband was asleep before she soaked his bed with flammable fluid, set it on fire, and burned him to death. Mrs. Hughes was found “not guilty by reason of insanity.”

You’ll shortly be able to buy the excellent book Personal Defense for Women by Gila Hayes, soon to be offered by Krause Publications. Mrs. Hayes is one of the nation’s top firearms instructors of either gender, for either gender of student, but is universally recognized among professionals as among the very best in teaching women the subtleties of protecting themselves against the worst physical threats. She quotes the work of Angela Brown’s classic book, When Battered Women Kill, in which 42 women killed or seriously injured their battering husbands or boyfriends.

Hayes notes, “Of this group, about half were sentenced to jail terms, 12 received probation or suspended sentences, and only nine were acquitted…The courts and juries have historically viewed the killing of a domestic partner as an avoidable danger, thus postulating that the homicide must have been ‘premeditated.’ Juries lacked the education and sensitivity to recognize that the female survivor’s instinct indicated that this time the batterer intended murder, more than the previous battering. Further, the woman’s reticence to act against the abusive mate is demonstrated in the time she refrained from taking action against him. If ever expert testimony about abused women’s psychology is needed, it is in defense of battered women who kill to save their own or their children’s lives.”

Final Notes
When innocent women have to use deadly force against violent male attackers, the history of the American legal system teaches us some well-documented lessons. Disparity of force will be a key element in determining acquittal. “He could have killed me even without a weapon, and he was obviously going to!” The danger they face has to be in the immediate here and now, not a pre-emptive killing based on a motive of “what if he attacks me again in the future?” We have seen the future. It has been written in the past by verdicts in our courts.

To Be Mugged, Or Not To Be