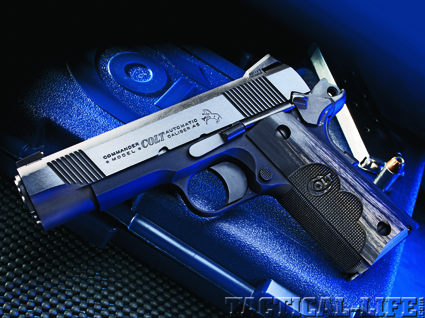 Wiley Clapp’s voluminous practical experience is the basis of his opinions on guns, their use and what features they should have. The Wiley Clapp Colt Commander .45 ACP doesn’t have a number of the features that are common on today’s combat pistol, as he does not believe that a true combat handgun needs such devices. After all, a handgun is merely the extension of a well-trained shooter.

There have been but a few men who have penned gun articles that can be called iconic. Names like Skeeter Skelton, Bill Jordan, Jeff Cooper and Elmer Keith come to mind, but these men have all departed us. Their level of knowledge in regards to firearms and their application in both personal defense and hunting was legendary. While I was honored to meet Mr. Cooper and Jordan, I feel blessed to be called a friend of a man that I think shares the iconic mantle with these esteemed gun writers of the past…Wiley Clapp. I met Wiley almost two decades ago at a writer event sponsored by Winchester at Gunsite. I was still new to the business and I stood back and watched as a number of men that I read for years exchanged ideas and yes, argued about this or that gun subject. Knowing that I would not learn anything if I opened my mouth, I just stood back and absorbed. 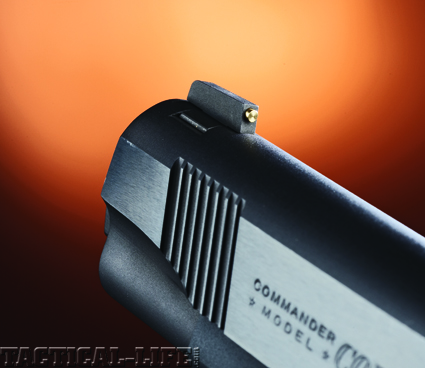 A brass bead front sight may seem to be a rather old-fashioned way of offering a contrasting front sight, but it works very well on this 1911.

As the event progressed, I was on the line shooting several guns supplied by the sponsor when I felt a presence behind me. I put the gun down and turned to see who was behind me, and there stood Wiley Clapp. He never looked at me, only down range at my target and muttered, “You can’t be a gun writer, you’re hitting what you are shooting at.” He then turned and walked away. It was the only contact I had with the venerable Mr. Clapp at the event, but I continued to cross paths with him over the years and we became friends.

While I don’t see him as often as I would like, I do enjoy our time together mostly because I get to tease him. At the 2010 NRA Show, he was sitting at a table at the Colt booth discussing his latest project with a group of shooters when I walked up and said, “C’mon Dad, you’ve been out long enough, its time to take you back to the home. Say good bye to the nice people.” The folks he was talking with stood there with their mouths open while Wiley just turned and looked at me, rolled his eyes and acted like I wasn’t there. Man he is a lot of fun! 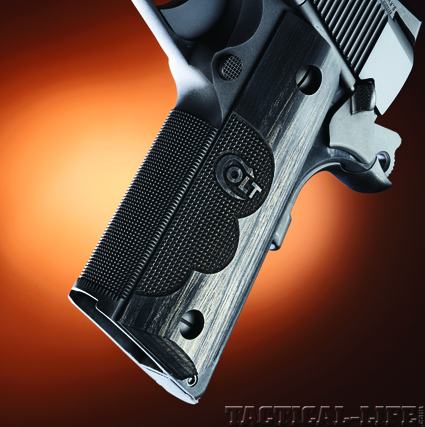 The pattern on the grips reflects the shape of how a hand wraps around the gun, maximizing the shooter’s grip while not snagging clothing.

What many might not know about Wiley is that he has a great deal of practical experience on which he bases his opinions on guns, their use and what features they should have. He was a Vietnam-era Marine with combat experience, followed by two decades of law enforcement as a Southern California Deputy Sheriff. His almost encyclopedic knowledge of handgun history and design is evident when you talk with him. 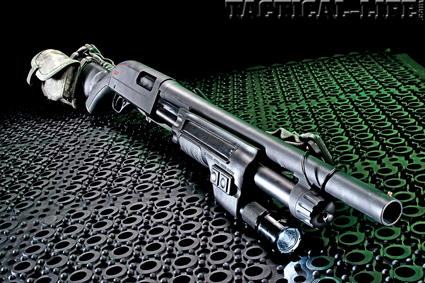 The Winchester SXP Defender is an economical and durable fighting scattergun ready for patrol...