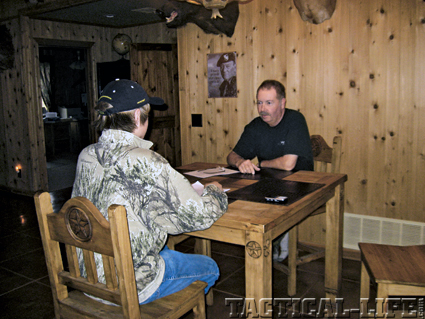 Wilson explains the genesis and development of IDPA shooting to interviewer, 14-year-old Austin Proulx, who also competes in the sport.

About the author: Proulx is 14 years old and is an avid hunter, shooter, and IDPA competitor. Following is his exclusive interview for Combat Handguns with Bill Wilson, a founder of IDPA and manufacturer of some of the finest 1911s on the planet.

Question: With regards to your involvement in the shooting sports, who was the most influential person on the path to you becoming who you are now and why?

WILSON: There’s one guy who’s name I can’t remember, but he was an old bulls-eye shooter, and I would always see him out at the range way back in the ’70s when I started getting serious about competition shooting. I was out there one day and I couldn’t shoot consistently. This was the guy that turned the light bulb on for me that the basics still apply no matter how or what you are shooting. One day I was out there kind of down in the dumps and I began to think that it was my gun, so he picked up my pistol with my ammunition, assumed his normal one-handed bulls-eye stance and shot a one ragged hole group at about 25 yards, really letting me know it was me and not my gun. 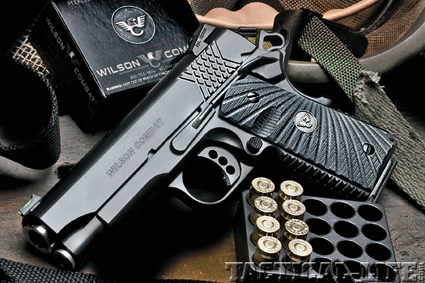 Bill Wilson’s early involvement with the International Pistol Shooting Confederation (IPSC) set him on the path to building some of the finest custom-quality 1911 handguns available today. Photo Courtesy Wilson Combat

Question: What was your first real job and how long did it last?

WILSON: Well I always had a job in my dad’s jewelry store, cleaning showcases, restocking shelves, wrapping gifts and things like that. My first real job was working for my grandpa. He was a carpenter, an extremely good one, so I started working for him in the summers. We were really close, but on the job I was just another employee. It was good because he made me work, it wasn’t just I showed up and got a paycheck. I learned a lot doing that. 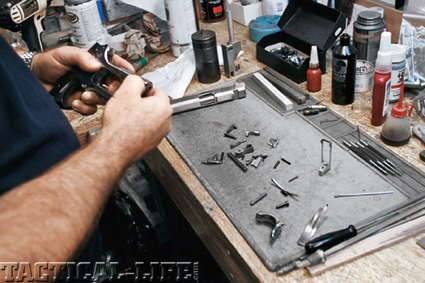 After starting a small gun shop in his father’s jewelry store, Wilson laid the foundation for the exceptional degree of craftsmanship found in the .45 ACP autopistols that now bear his name.

Question: Can you recall one critical moment or event that set you on the path to doing what you do today, and if so, what was it?

WILSON: There really wasn’t any one moment in particular, like I said I always knew what I wanted to do. I guess a couple big turning points were starting the little retail gun shop in the jewelry store, and then when I began to shoot the International Practical Shooting Confederation (IPSC) competitively. 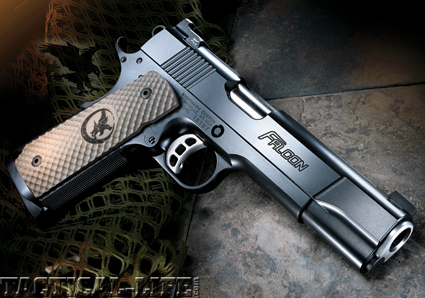