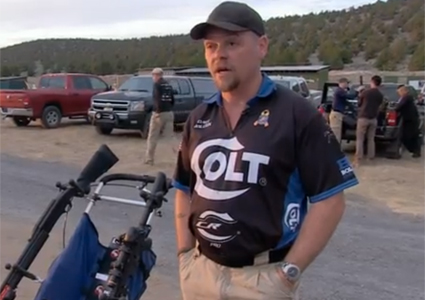 If you have ever participated in or seen a 3-gun match then you know this is a tough sport that tests the limits of your speed and accuracy as well as the endurance of your equipment. Your rifle, pistol, shotgun and you go through the ringer to try and get a decent score. Now try doing it at 3 am.

This summer Crimson Trace, who manufacture a wide range of the best weapon mounted light and lasers out there, for the second year in a row sponsored the world’s only night time 3-gun match at the COSSA Range near Bend, Oregon. Tactical-Life was invited for a media match the first two nights and observed the invited pros the following two evenings. Nearly 150 professional shooters participated in this match.

The nine stages featured a wide variety of scenarios and night time conditions. Tactical lights and lasers were a requirement and everyone on the range wore light sticks for identification and safety. Several stages included full autos such as an FN SCAR, an M249 SAW and several ARs. Other stages included helmet mounted night vision coupled with infrared lasers or FLIR thermal weapon systems for long range targets. The FN40GL grenade launcher against a car downrange was particularly popular.

Daniel Horner won the top place with score of 875, which was 11 points ahead of the next closest shooter, and a purse of $6,000 plus an additional $4,000 for using Crimson Trace products in the competition. He also won the 2012 competition. According to Crimson Trace’s news release Horner said “This is one of the best run 3-Gun competitions in the country.” 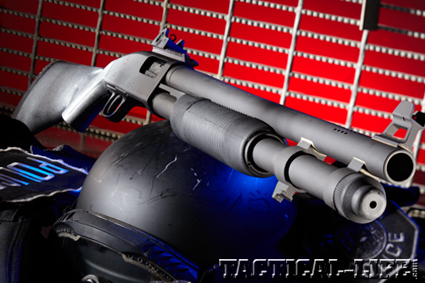 The Mossberg 590A1 SPX shotgun has unstoppable reliability written all over it!