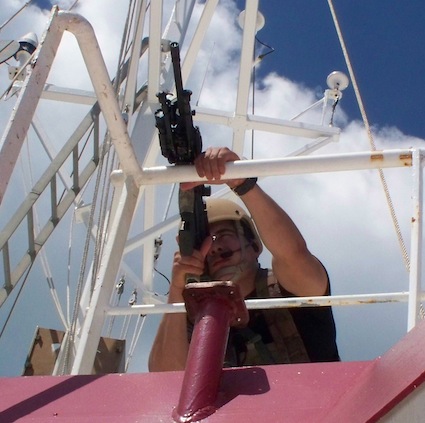 An embarked-security operator with ESPADA Marine Services prepares to fire a warning shot from a client’s merchant ship.

A recent, global anti-piracy report is a good news/bad news look at trends off the west and east coasts of Africa, where merchant ships sometimes are attacked and boarded and the vessels and brutalized crews held for ransoms costing millions of U.S. dollars.

The good news is that piracy in the east—notably, off Somalia—in the first three months of 2012 dropped significantly. The April 23 report by the International Maritime Bureau (IMB) attributed the downturn largely to “disruptive actions and preemptive strikes” by international naval forces. Meanwhile, the bad news is that along the west coast, and specifically off Nigeria, pirate attacks are increasing with an extreme level of violence against unarmed merchant crews.

“In total, 11 vessels were reported hijacked worldwide, with 212 crew members taken hostage and four crew killed. A further 45 vessels were boarded, with 32 attempted attacks and 14 vessels fired upon—the latter all attributed to either Somali or Nigerian pirates,” the IMB reported for January-March 2012. 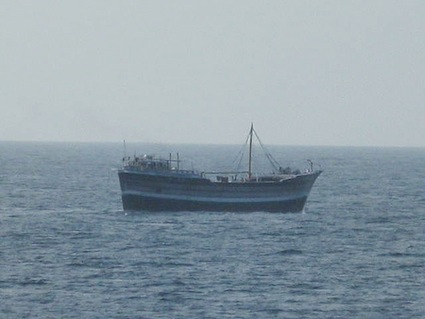 Somali pirates had hijacked this dhow (fishing boat) and converted it to use as a “mothership.” Its crew was drifting in wait in the Gulf of Aden, ready to launch skiffs of heavily armed raiders.

“Ten reports were received from Nigeria in the beginning of 2012, equaling the same number reported in Nigeria for the whole of last year. The reports include the hijackings of one product and one chemical tanker, between which 42 crewmembers were taken hostage. Nigerian piracy is increasing in incidence and extending in range. At least six of the 11 reported incidents in Nigeria occurred at distances greater than 70 nautical miles from the coast, which suggests that fishing vessels are being used as motherships to attack shipping further afield,” the IMB reported. “While the number of reported incidents in Nigeria is still less than Somalia, and hijacked vessels are under control of the [Nigerian] pirates for days rather than months, the level of violence against crew is dangerously high.”

The IMB’s report might seem to suggest an obvious solution: Send in the world’s navies to patrol the Gulf of Guinea and beyond (in the west) as they have the Indian Ocean and Gulf of Aden (in the east/northeast). But, arguably, it’s not that simple. For one thing, the anti-piracy coalition naval forces cannot be everywhere African pirates might strike. Add to that the fact that national-defense budgets across the globe are being squeezed. Modern warships are expensive to operate; pirate motherships and skiffs are not.

While the IMB report gives international navies well-deserved praise for the downturn in piracy off the east coast of Africa, it gives only a little credit to another important factor: private maritime security forces. 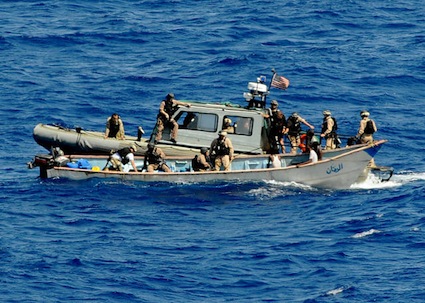 “Like it or not, for the foreseeable future, armed embarked security remains the most effective and efficient means of anti-piracy deterrence,” said CEO Jim Jorrie of ESPADA Marine Services, the top American contractor, in the March 2012 issue of Homeland Security Today magazine. “At a few thousand dollars a day, it’s a world-class bargain when compared with a modern warship, whose costs can approach $1 million a day.”

At least 200 companies worldwide offer embarked-security teams for commercial transits. Teams typically comprise military and law-enforcement veterans who wear Kevlar helmets and body armor and carry battle rifles and other small arms. Maritime law, rules of engagement, and the authority of the ship’s captain all affect the conduct of embarked security. It’s effective; pirates want soft—undefended—targets and usually break off from armed confrontations. As the BBC News noted in March, “No ship has ever been taken whilst armed guards have been on board.”

There are other reasons why an anti-piracy “template” from the east coast of Africa will not work off the west coast. At present, no government on the west coast of Africa allows armed, embarked-security personnel to enter its territorial waters. From Namibia on the southwest coast all the way north to Morocco, governments outlaw foreign armed personnel on their land and in their territorial seas. Further, some of those West African nations are under United Nations arms embargoes. 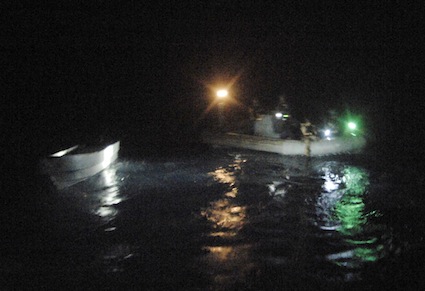 A visit, board, search and seizure team assigned to guided missile cruiser USS Bunker Hill (CG 52) tows a skiff after seizing it from a suspected pirate vessel May 5, 2011, in the Arabian Sea. Bunker Hill responded to a distress call from the Panamanian merchant vessel Full City and brought the vessel to a stop. Bunker Hill and Carrier Strike Group 1 deployed to support maritime security operations and theater security cooperation efforts in the U.S. 5th Fleet area of responsibility. (U.S. Navy photo by Mass Communication Specialist 3rd Class Aaron Shelley/Released)

Hence, commercial ships transiting those increasingly dangerous waters are unguarded and virtually defenseless—unless, of course, African naval vessels happen to be nearby and responsive. There’s more bad news, too.

An April 21 article, “Nigeria: The Return of the Bad Boys,” at the online service AllAfrica (allafrica.com) pointed to a possible nexus between Nigerian pirates and the Movement for the Emancipation of Niger Delta (MEND), which violently opposes petroleum development there by foreign companies. This conflict in the Niger Delta dates back 20 years or more.

“While MEND has not been directly linked with piracy operations, its recent warning to ships off Nigerian coast is said to have confirmed earlier reports of links between pirate gangs and some segments of Niger Delta militants,” the article said. “Multi-national oil firms in Nigeria had recently raised the alarm over the high crude theft in the Niger Delta, with one of the companies declaring that Nigeria is losing as much as 150,000 barrels of crude oil per day. Many maritime experts have also expressed fear that the threats by MEND may internationalize its terror attacks based on its new premise of attacking both Nigerian and South African [corporate] targets.”

The July issue of Tactical Weapons will have a “Maritime Ops” report on ESPADA’s shipboard tactics and weapons. For more information on this San Antonio, Texas-based company, visit espadaservices.com. 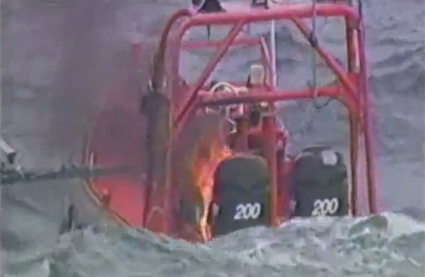