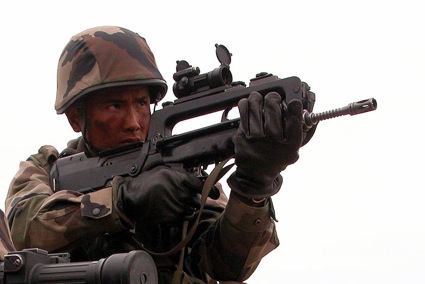 The French have traditionally been very good at the eclectic purchase of the best available weapon, no matter its origins, for issue to their forces for mission-specific purposes. They have also taken great pride in developing small arms of their own, independent design. A number of these have remained uniquely French as, although very successful designs, they were used nowhere but in France or French Colonial areas.

The bull pup rifle concept was not new to France, and they may have been the first to actually field such a design, the Faucon, an improvement of the Meunier auto-loading design ca. 1913. Small quantities of the Faucon were fielded just before the end of the War to End All Wars. 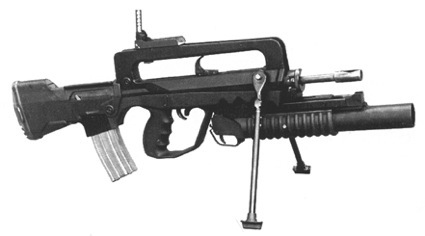 Development of the FA (Fusil Automatique) MAS (Manufacture d’Armes de Staint Etienne) began in response to a requirement expressed in the late 60s, and from 1969 to 1973 prototypes were tested. The design quickly evolved into a bull pup configuration, and it was adopted in 1979 as the F1, in caliber 5.56x45mm NATO.

The FAMAS action is delayed-blowback, and to facilitate extraction it has a fluted chamber. The delay is accomplished by a unique H-shaped delay/accelerator lever. The F1 and G2 models feed from 25-round box magazine, and the G2 model, intended for the export market, used STAG (M16 type) magazines and accepts an M16-type bayonet. 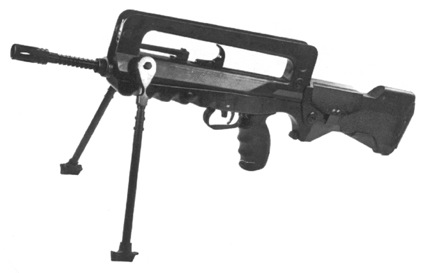 The G1 and G2 models feature a full-hand trigger guard, as pioneered on the Austrian Steyr AUG, and weigh nearly a pound less than the F1, or 7.7 pounds.

All models of the FAMAS readily field strip without tools into appropriate modules. They accept most appropriate optical sights, mounting on the carrying handle, and accept various under-barrel grenade launchers. The FAMAS has proved to be a sound design, uniquely French, that history will probably add to the MAT-49 SMGs as a classic design. 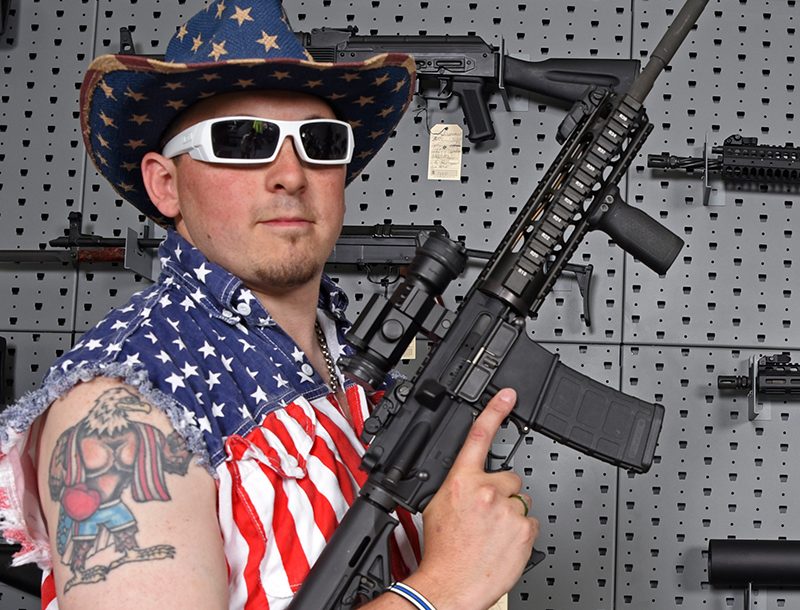