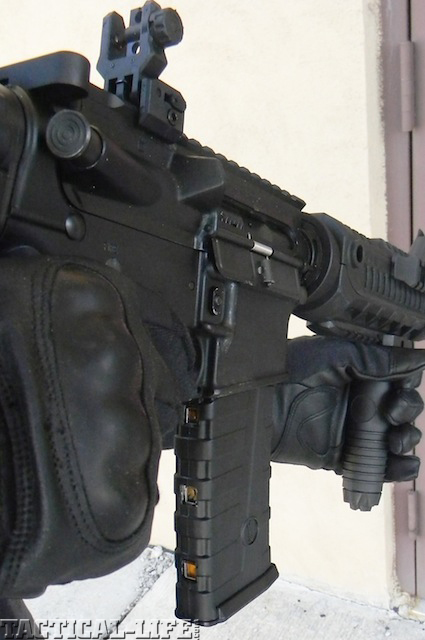 Until now, the only way for a shooter to know how many rounds remained in an AR (M16/M4) magazine depended on counting the rounds fired. That is difficult while ensuring situational awareness in an engagement. Between maneuvering, communicating and returning fire, keeping a pitch count going is sometimes impossible. So operators resort to changing out a partially used magazine during a firefight to ensure sufficient bullets, so as not to run dry unexpectedly. That puts shooters at risk; the time it takes to change out and stow a magazine with some rounds left, instead of just dumping an empty mag, is time out of the fight. Also, an AR picked up from a buddy during a fight with a GI magazine inserted should have its magazine changed out before any serious shooting because the operator cannot tell if it has two, 11 or 30 rounds available! This isn’t a problem any more. 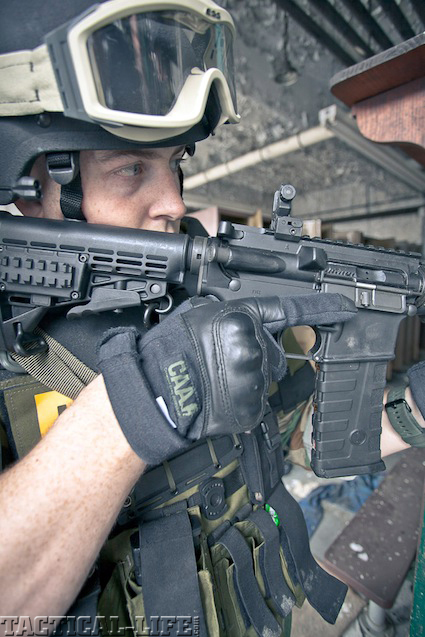 New to the AR market is the innovative Three Window Magazine by CAA for weapons that accept standard AR/M16 magazines. The three built-in windows allow an operator to see how many rounds remain in the mag, and it facilitates timely magazine changes. Simply glancing down at the back of the magazine from your cheekweld shows the approximate number of rounds remaining. 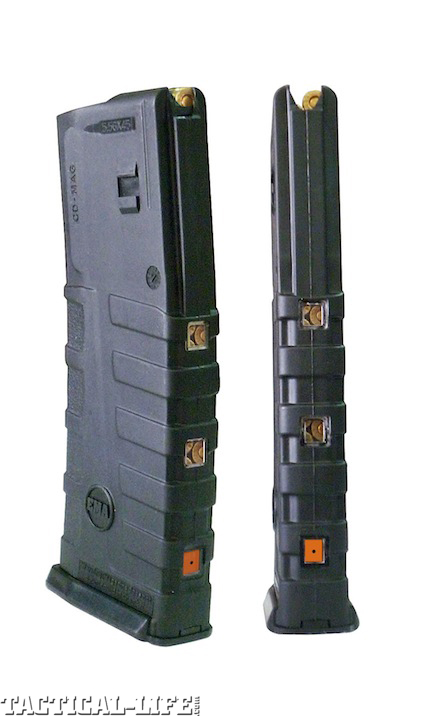 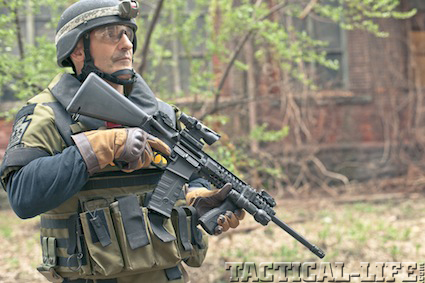 That means before a movement, engaging a perp or covering another operator, a quick glance at the CAA magazine will give knowledge and assurance that your M4 will not run dry unexpectedly, leaving you or a teammate exposed and helpless.