The brand new rifle has a number of attractive features including a monolithic (one-piece) flat-top upper receiver, adjustable stock and fully ambidextrous manual controls. The lower receiver is built to accept AR-10 or similar .308-sized magazines. A 16-inch barrel with 1 in 10 twist is used. 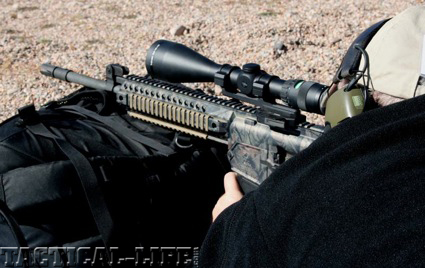 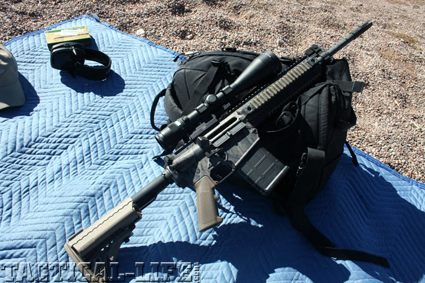 Numerous firearms industry media folks were on hand for the live fire demonstration. A Trijicon high-powered riflescope allowed shooters to make hits on popper targets out to three hundred yards with ease.

Best of all, the “Modular” part of the rifle comes from the fact that any standard upper can be fitted to the lower receiver and fed with normal AR magazines with the use of an adapter. This adapter is still a closely guarded secret but look forward to seeing more on the Colt Modular Carbine after the new year. Stay tuned for more!