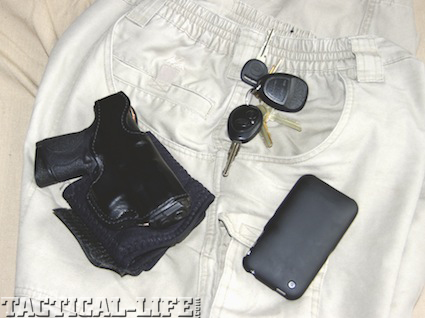 Over the years, the question of how to carry a concealed handgun easily has come up repeatedly. As a police officer for well over 20 years and a current concealed carry professional, it is a subject I am very familiar with. Early on, it was all about carrying while off duty. Most agencies require an officer to either carry a handgun off duty or have one immediately available. Most new officers have never handled a handgun until they were hired, let alone carried one off duty. It can be a rude awakening, however, to see how difficult it can really be.

As concealed carry for lawful citizens grew in popularity, the question came up with frequency from friends and family as well. Early on, my brother-in-law said, “carrying a handgun is a whole bunch easier in theory than practice.” Nothing could be truer—it is not simply a matter of getting a permit, buying a gun, and strapping on a holster. It truly is a new lifestyle, one that encompasses much more than most would think. 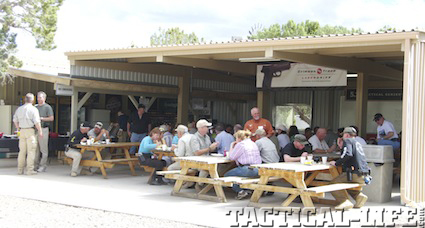 CCW is a community, hang out with those who share the lifestyle.

You may encounter a change in how you are perceived, especially if those you spend time with are anti-gun or ignorant about them. As an officer, this is not really an issue—most people expect you to carry a handgun. The real change comes when a lawful citizen decides to carry a handgun. The uneducated see you as paranoid or waiting for the end of the world. The truth is that the vast majority of concealed carry holders are law-abiding citizens simply exercising a constitutional right. Many probably don’t publicize it, so you may not even know. A recent conversation with Walt Rauch put this in really clear terms. It is all about fading into the background. It is just not something you should be wearing on your sleeve for everyone to see.

It is not about paranoia, but preparation. It’s about recognizing that the world is a dangerous place. Rather than looking around the corner for danger, you are simply prepared when it occurs. It’s the difference between those who bury their heads in the sand and those who meet reality head on. This can be a very difficult concept for those who are satisfied with the sense of calm that blind ignorance brings. Expect some kickback and be prepared to either educate your friends, or simply not invite the conversation. Just do yourself a favor and don’t expect everyone to understand. Carrying a concealed handgun is not for everyone—don’t expect everyone to see the need or the advantages. It is something you do because you believe it is the right thing to do, not the most popular.

Here at Tactical-Life.com, we’ll start you with the basics of concealed carry and help you defend yourself better. Stay tuned for more chapters in the Concealed Carry as a Lifestyle series.

Over the years, the question of how to carry a concealed handgun easily has…