0
SHARES
4
VIEWS
Share on FacebookShare on Twitter
Uzis have been used extensively on close-protection detail because of their compact size and rate of fire. The Secret Service used them to secure the area during the Reagan assassination attempt.

Just as Century Arms used Galil parts kits to create the Golani, they have taken Uzi parts kits to create the Centurion UC-9. Let me note, however, that Century does not refer to their carbine as an Uzi; I would assume this has something to do with the trademark of the name to IMI. Those semi-auto Uzi carbines produced by IMI before the assault weapons ban are now worth thousands of dollars, and other semi-auto “Uzi” carbines tend to sell for more than $1,000. As a result, the introduction of the UC-9, which combines Century’s usual quality with reasonable price, is a boon for those who have wanted to own an Uzi-type carbine. 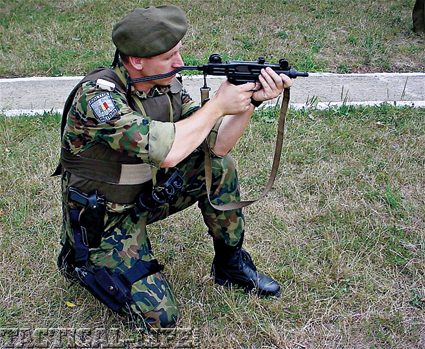 Romanian troops, such as this military policeman, still use Mini-Uzis for CQB.

And those who want to own an Uzi are legion. In fact, for many who are not avid shooters, the term “Uzi” is almost synonymous with submachine gun. Many know about the Uzi from films—including the famous news footage of the Secret Service agent with the Uzi during the assassination attempt on President Reagan, but not that many have had the chance to fire one.

Many U.S. shooters started paying attention to the Uzi when the Secret Service adopted it. Always known for being excellent marksmen, Secret Service agents worked hard at mastering it when they adopted the Uzi. An agent friend once told me that they had purchased a boxcar-load of corrosive surplus 9x19mm ammunition to allow them to shoot the Uzis a lot and had installed a couple of dishwashers at the range into which they just threw the Uzis to clean away the corrosive residue. I thought that a very practical solution and it also points to why many military combat swimmer units still keep the Uzi in the inventory. It holds up well when submerged—even in seawater. 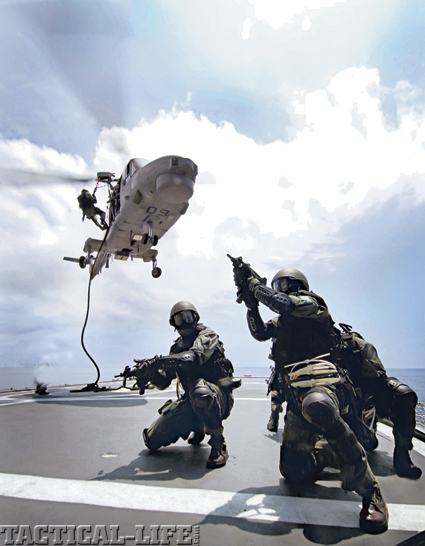 A VBSS team attached to the Brazilian navy frigate Independencia rappel onto their ship from a Brazilian navy Lynx heli­copter in the Caribbean Sea. Operators are using Mini-Uzis.

My own introduction to the Uzi came when we used it as a support weapon on some close protection jobs. I learned to shoot it fairly well. The Uzis we had fired from an open bolt, though some later models fired from a closed bolt. I liked the sliding selector switch, which could be operated readily with the strong-side thumb, and I also liked the grip safety. I normally carried the Uzi with the bolt closed and the selector set on full-auto. If I needed it in a counter-ambush or AOP (attack on principal) scenario, I just racked the bolt and it was ready. By letting off of the grip safety, I could quickly render it safe. 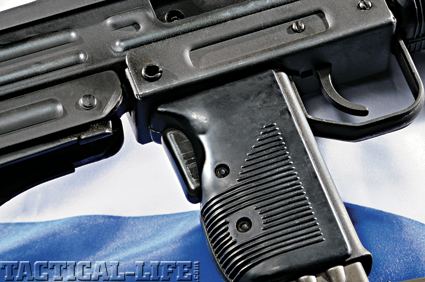 An Uzi’s grip safety engages once a user relaxes his hand on the weapon. Ken MacSwan Photo