by Michael Goens
in Exclusives
0

Fans of the world’s most popular third-person shooter have a lot to look forward to with the new release of Ubisoft’s new Ghost Recon: Future Soldier. This famous serial has its initial roots with famed author Tom Clancy’s licensed brand (later becoming a property of Ubisoft Entertainment for video games) that follows the titular missions of the Group for Specialized Tactics, a shadowy JSOC (Joint Special Operations Command) Special Missions Unit. Nicknamed “The Ghosts,” they embark on covert missions to fight tyranny, terrorism, and eliminate threats to international safety and security. The Ghosts have been fighting terrorism in the digital frontier for over 10 years and Ubisoft’s continued involvement with Red Storm Entertainment in the series has only strengthened the underlying foundation of realism and authenticity, which helps set the bar for nearly all video games steeped in the military genre. 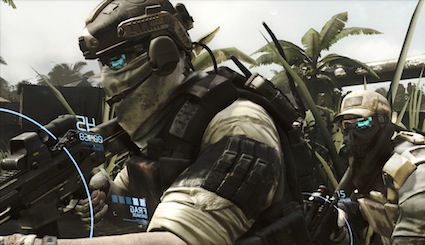 With regards to new and emerging military technologies, Ghost Recon: Future Soldier doesn’t disappoint. Players will have the benefit of enhanced control options, which include the ability to execute complex engagement plans and enemy designation effortlessly and users can plan multiple target engagements from a single command. Players will also be able to make use of cutting edge technology like “active camouflage” (which renders the user almost invisible, bending visible light around the wearer), access to a number of different tactical drones that can be used for planning attacks, gaining/sharing intelligence, and directly attacking enemy forces.
Most impressively, at the heart of the game is the “Gunsmith” weapons customization system.

Gunsmith allows players to customize dozens of weapons down to their component parts and accessories, so players have unparalleled tactical flexibility to highly customize their weapons load-outs and tailor them to fit their individual missions. Gunsmith gives the user the ability to access and utilize over 20 million different weapons combinations, with each accessory or part affecting the overall performance of the selected weapons platform. Talk about having fun wasting an afternoon! 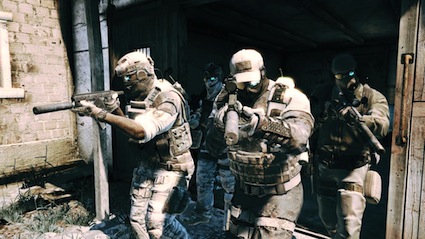 In this installment, a squad of Ghosts is surprised by the detonation of a chemical bomb and is subsequently killed in the explosion. Players will then assume command of another squad of Ghosts to track down those responsible across South America, Africa, the Middle East, and finally in Russia. Players can expect to plan and execute all forms of military combat, including close-quarters battle, sniper engagements, stealth and intelligence-gathering missions, hostage rescues, and dynamic, coordinated attacks on heavily armed adversaries using futuristic military technologies. 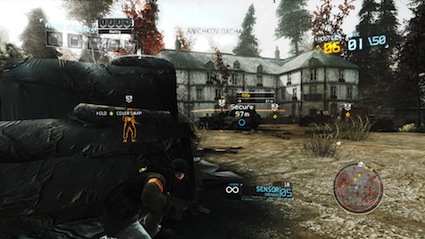 Ubisoft’s Red Storm Entertainment is able to ensure this level of gritty realism through its many active partnerships with technical experts from the U.S. military, law enforcement, and tactical equipment companies. Through these special partnerships, which have been developed and maintained over the past decade, Red Storm is consistently able create a product that both resonates with tactical gaming aficionados as well as those who are intimately familiar with cutting edge military weaponry and hardware. Ghost Recon: Future Solider is ESRB rated “M for Mature” (which translates to 17 and up), as subject matter includes weapons-related violence, explosions, and combat-related thematic material. 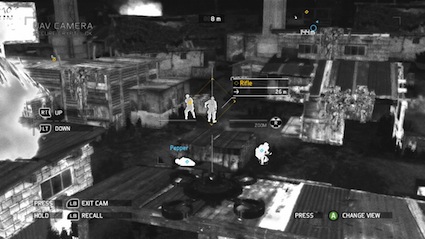