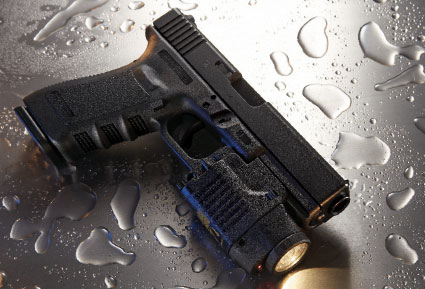 Dan Hawk has spent more than 20 years as a firearms instructor for the Pennsylvania State Police, one of the largest and oldest law enforcement organizations in the nation. He has trained State Troopers, Sheriff’s Deputies and detectives on everything from Colt .38 Special Official Police revolvers and Ruger Security Six .357 Magnums to Beretta and GLOCK semi-autos. When it comes to the latter, he is one of the most vocal supporters of the Austrian-built pistols. His was one of a dozen voices in 2006 that contributed to Pennsylvania’s state troopers being equipped with GLOCKs chambered in .45 G.A.P.

The last issue pistol carried by the PA State Police was the Beretta Brigadier in .40, a DAO version of the Model 92FS with a heavier slide to reduce felt recoil. The adoption of the GLOCK semi-auto in .45 G.A.P. begins a new era for the officers who patrol the highways of the Keystone State.