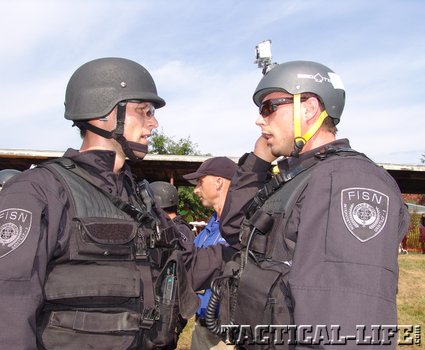 The Connecticut SWAT Challenge (CSC) 2012, started by SWAT operators eight years ago in musty, GI issue tents, now features an unrivalled venue spread out over several ranges and green fields of West Hartford. The CSC is comprised of a three day vendor exposition, this year with over 125 different companies, as well as the tough competition. The competitive events, sponsored in part by GLOCK, focused on making the twenty-seven teams of sworn officers and deputies better operators by use of head-to-head tactical events based on real-world situations organized and officiated by a highly experienced SWAT-qualified cadre. The competitors returning home from the CSC take with them increased knowledge, enhanced capability and a positive attitude for SWAT that was best said by West Hartford Chief Tracey Gove who challenged all the operators to “take ownership of your craft.”

Connecticut is taken from the Mohegan word quonehtacut for “place of (or upon) the long river” in reference to the Connecticut river that bisects the state. It is the 4th most densely populated of the 50 United States and although prosperous, several of Connecticut’s cities rank among the country’s poorest and most dangerous, making the job of Connecticut law enforcement one of the toughest in the nation. As a result most on Connecticut law enforcement agencies, including the hosting West Hartford Police Department, relies on GLOCKS to protect their officers, citizens and tourists that visit the area. 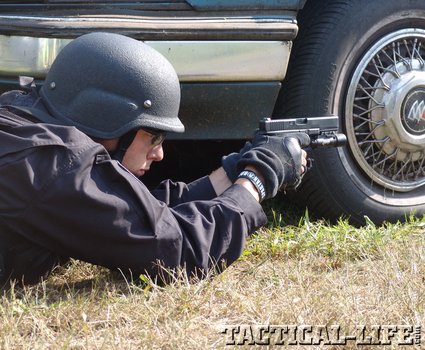 Each team was challenged with multiple events including individual shooting events as well as team events. The team events included stages for their sniper/spotter, multiple gun team competitions where competitors used their rifles, carbines, shotguns and GLOCKS, as well as the grueling 5.2 mile, 38 stage obstacle course. Every event is designed to test each operator physically, mentally and motivationally with exhaustive and even tedious scenarios designed to force each officer well outside their comfort zone. The competitor’s stamina, marksmanship, communication as well as stress response and unit cohesion are tested with limited ammunition, physical exertion, while wearing full gear (including gas masks on several stages) all with the clock ticking.

As a result some operators’ equipment and weapons, also put to the test during the shooting events, were found to be lacking. During the competition I saw helmets become a hindrance when wearers went prone, eyepro fog up as the day warmed, electronic sights die and weapons fail to function properly. One commonly carried SWAT item that did not jam, fail to function or hinder any operators was the firearm that equips over two thirds of all American law enforcement officers, was the GLOCK pistol carried my most of the competitors. 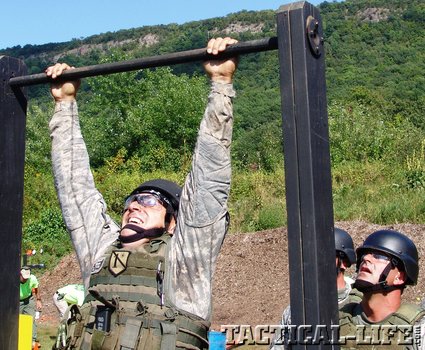 Why does so many of the competitors credit their successes both in the competition and on the beat to their chosen pistol; their GLOCKS? The Director of the CSC and West Hartford SWAT Commander, Lt. Jeremy Clark, stated that he prefers GLOCKS because “of their ease of use; in tactical situations you revert back to your training which is very simple – you draw and pull the trigger. They are “GLOCK solid.” I mean they are the best, the most reliable handgun regardless of the cost. I’ve been firing GLOCKS for sixteen years and I never have had one fail on me!” About the multiple safeties that each GLOCK has engineered into each model, Lt. Clark stressed “you never have to worry, it is a safe pistol that will send a bullet only when the trigger is pulled.” 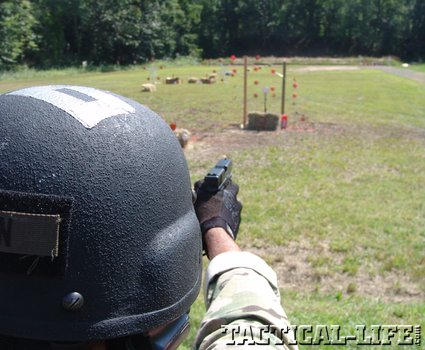 Other team members and competitors expressed their positive experiences and opinions about their GLOCKS. Most of the praise centered on the GLOCK’s unrivaled durability and simplicity with no safeties to sweep, hammers to cock or slides to manipulate to bring their sidearm to bear. The officers were consistent with the theme that with their GLOCK gives them confidence that they would have immediate protection when needed because their GLOCKs always work as designed. West Hartford SWAT Team Leader Sgt. Chris Chappell summed it up best. He said “law enforcement needs are different than competitive shooters and even the military. A law enforcement officer wants a weapon, like a GLOCK, that when you pull it out in defense of a life, maybe your own, and pull the trigger it goes off every time. In addition the GLOCK is durable so it can take routine use and not fail when you need it, even if you don’t clean it all the time!” 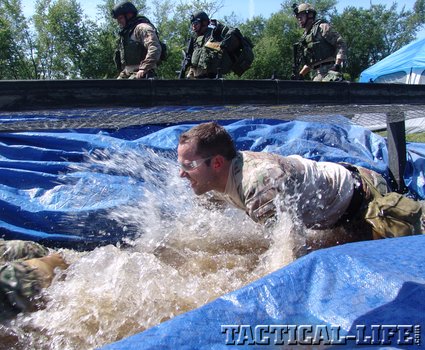 The recently increased tempo and critical importance of SWAT operations gave an air of urgency and importance to the events. Every team and officer participated with the knowledge that their next call-out or operation could start with shots fired at them or citizens threatened with deadly violence requiring immediate but appropriate response. In fact during the three day event one of the teams had to break competition to respond to a call-out. The sobering news made the competitors even more determined to keep themselves and their skills sharp when they return to the streets where the bullets go both ways.

The CSC competition event is designed by the organizers to confront the competitors with stresses already encountered by SWAT operators. The very unique ice bath that some of the competitors had to endure during stages that included the GLOCK sponsored open pistol event, was based on an event where an officer had to pursue and capture an armed perp across a frozen lake. During the encounter, the ice did break but the LEO still had to maintain sufficient tactical capability to prevail, which he did. This makes the CSC less of a competition and more of a training event that just keeps score. Participating agencies recognizes that this is a premier training opportunity that clearly demonstrates what works and does not work before it gets real. 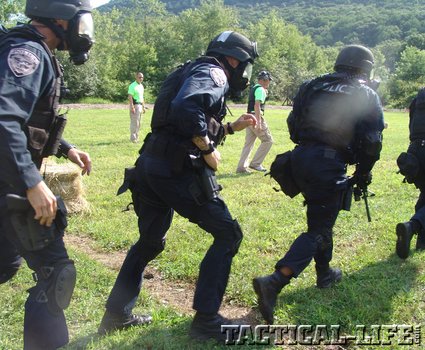 This Competition, and GLOCKS. Save Lives

Unlike some competitions, the CSC provides immediate coaching and correction during stages instead of deducting points or remaining silent that actually promotes negative training. If a competitor failed to use cover or fumbled with a piece of gear that was not mission critical, the cadre made swift and life-saving corrections to assure that the LEO would remember the lesson and not repeat it under fire. In fact one event where the team had to low crawl over a certain distance, a cadre member with a paint ball launcher skimmed shots just over the protecting barricades made sure that the competitors stayed low. At least one paintball impacted on an exposed rump of a competitor focused on movement, not tactical safety. 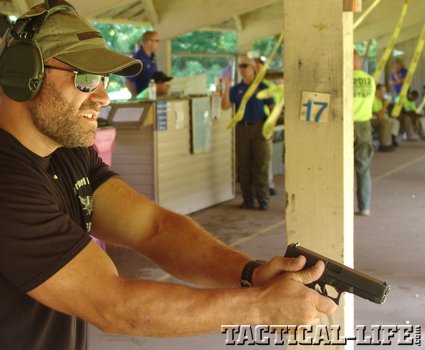 Law enforcement special operators have learned much from this and similar events over the years. Undoubtedly, lives of both operators and citizens have been saved as a direct result of teams testing, comparing and learning from other teams as well as their personal successes and failures during head-to-head SWAT competitions. Teams have found what succeeds during competition also is a winner during call-outs. What both competitors and observers note is that one of the items that works year after year, competition after competition is the GLOCK pistol. 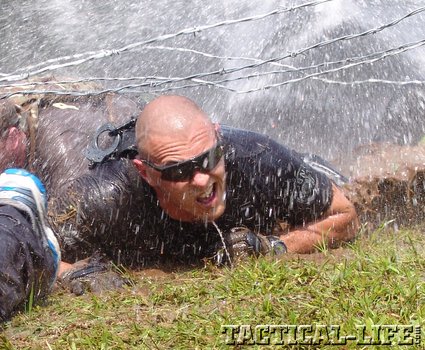 The GLOCK has proven itself to be a consistent winner and the best tactical pistol by the shooters who use them not only in competition but every day on the job. Observing the number of officers both on the streets of our cities and the competitors at the CSC who have a GLOCK as their weapon of choice it is very clear that winners use GLOCK. At the CSC the winners receive accolades and trophies while on patrol or during an op the winners get to go home to their families. They can thank their GLOCK for that. 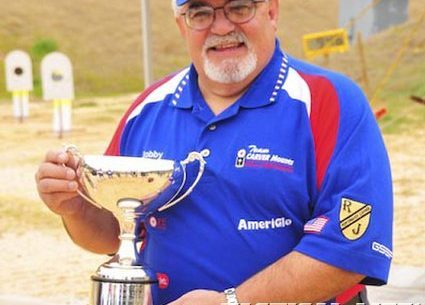 The Connecticut SWAT Challenge (CSC) 2012, started by SWAT operators eight years ago in…