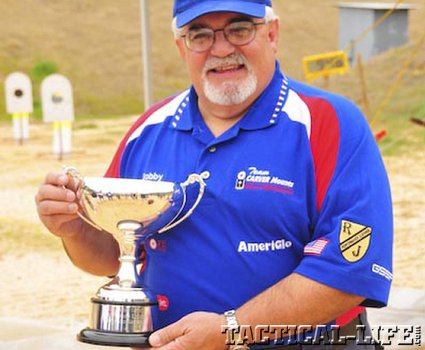 Bobby Carver has won more Matchmeister awards in GSSF than anyone else.

The GLOCK Sport Shooting Foundation began in 1991. It has grown exponentially, with new events every year, and each successive season sees higher shooter turnouts. You shoot it at your own speed. That’s amateur against amateur, master shooter against master, and public safety/military personnel against their own trained kind. It’s GSSF’s way of keeping the sharks swimming only with other sharks to level the playing field.

That said, even a minnow wants to bite like the sharks do, and it seems to be a good idea to pick some of the consistent top winners and ask them for tips. A proven master shooter has lessons to share with apprentices, journeymen, and other master practitioners alike. So, without further ado, let’s learn from the best. 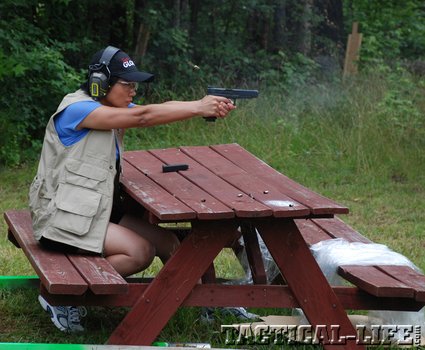 Man with the Most Wins

Bobby Carver, 58, has won more Matchmeister titles than any other competitor in the history of GSSF. “Matchmeister” is the nickname given to the shooter who has the overall best score of the tournament with a stock GLOCK. Danny Ryan, the unofficial GSSF historian, has logged Bobby at a total of 80 wins. “When I’m getting ready for a match, I try to focus on basics. I shoot the far targets mostly—not the complete course. I work on always keeping the first shot (from a low-ready position) under one second, and on keeping my double-taps at 0.15 to 0.20 seconds, focusing mostly on the second shot of the double-tap.”

When it comes to practice, “I used to shoot 12 to 15 GSSF matches a year, flying to the West Coast and up North for some of them. I was shooting about 1,000 rounds a week for practice then. Today, shooting only a couple of matches a year because of the time demands of my business, I only shoot about 20,000 rounds a year in practice.” 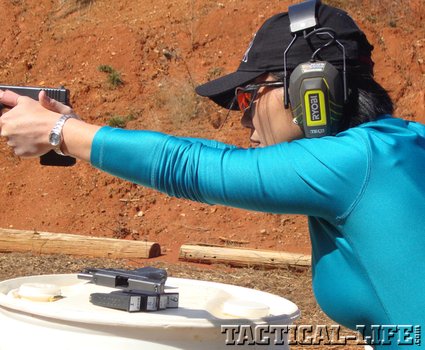 Wei Young shows the form with her GLOCK 9×19 that won her Master status in GSSF.

What about hardware? “The GLOCK 17 is my favorite. I use all stock GLOCK parts, polished a little. You can’t beat what GLOCKs have inside. I use the 4.5-pound connector. I shoot in the Unlimited, Master Stock, Subcompact, Major Sub, and Competition divisions.”

As for shooting tips, “I shoot right to left and had to train myself to do that. I shot the plates so fast I’d trap brass shooting left to right. In man-on-man events like the American Handgunner shoot in Montrose, Colorado, I had to shoot both ways, and found I was more efficient by knowing both. Whatever the target array, I shoot right to left, not near to far.” 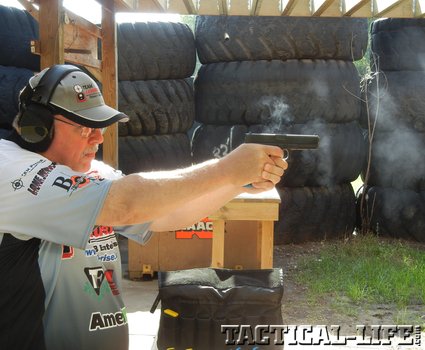 Butch Barton in action, winning a GSSF match with his GLOCK 17.

We asked each Matchmeister what sequence of stages they preferred. For Bobby Carver, the answer was, “I’ve experimented with that, and I always explain that my preferences might not be the same as those of others. I like ‘Five to GLOCK’ first; my nerves are calmer with the long targets being shot first. As you build your adrenaline, you’ll pick up speed. Then I shoot the ‘GLOCK’M,’ and finally, ‘GLOCK the Plates.’ If you feel keyed-up and psyched-up going in, you might want to start off on something more forgiving, and that would mean starting on the plates and not going too fast. You can lose two, three, even four seconds on the plates, and it won’t hurt you as much as a bunch of D-zone hits or missing a target on paper.”
Bobby Carver began shooting in GSSF competitions in 1998, but he came to the game with a broad background in other practical handgun games, including having won the National Pin-Shooting Championship in Iowa.

Some seven years ago, it was determined that the GSSF would sponsor a tournament of champions, with only Matchmeisters eligible. Retired USMC Gunnery Sergeant R. Lee Ermey, known to the world as “The Gunny,” had become a GLOCK spokesman, and the event was named The Gunny Challenge. To keep the playing field level, each competitor would use issued box-stock GLOCKs and issued factory ammunition. The Gunny Challenge does not use the standard GSSF course of fire, nor is each competitor running alone against the clock, as in a standard match. In the Gunny Challenge, it’s man-against-man, with the winner as readily apparent as in the Roman Coliseum. 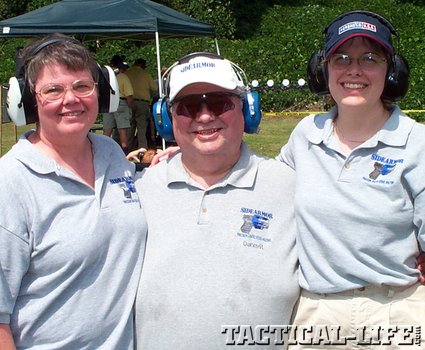 The one man who has won the Gunny Challenge the most times—three out of the six he’s shot, finishing among the top three in all the rest—is Butch Barton. He has also won no fewer than 34 GSSF matches overall. Butch retired almost seven years ago after a career with the Rochester, Minnesota, Police Department. He started with a .22 at age 11. He shot competition trap in high school and small-bore rifle and .22 target pistol before joining the Army, where he became a bullseye shooter, spending many years on the Minnesota National Guard Team. As a Rochester cop he shot bowling pins, USPSA and similar events, and has been a GSSF competitor since the game’s earliest days. 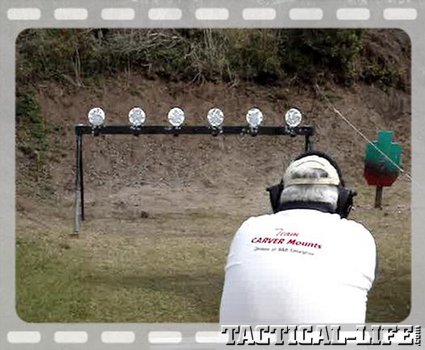 Bobby Carver comes up on a GLOCK the Plates stage, about to shoot right to left.

Preferred match hardware? “My favorite GLOCK pistols are the first-generation GLOCK 17s. I mostly use the standard GLOCK sights. I compete primarily in Master Stock, Unlimited, and Competition [divisions], all with the same GLOCK 17,” he related. 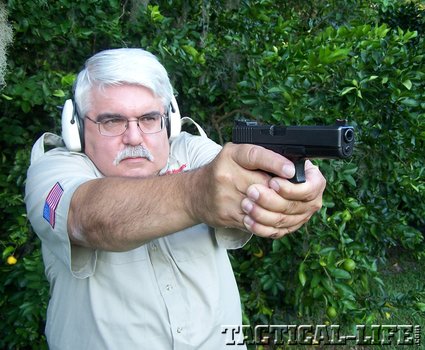 Regarding technique, “I shoot left to right. I’m right-handed, and that just feels more natural to me. For me, recoil goes up and to my right. At the Gunny Challenge, of course, you have to do both during the man-on-man events when you and your opponent switch sides,” explained the “winningest” Gunny Challenge shooter. 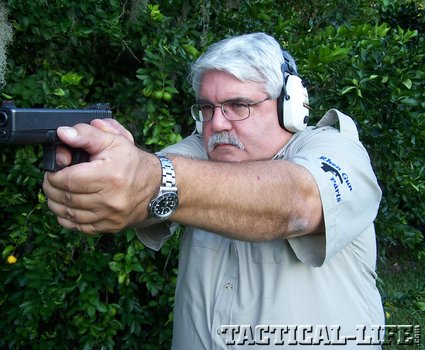 Bobby Carver demonstrates the intensity that made him the “winningest” shooter in the history of GSSF.

As far as preferred stage sequence, Butch said, “I normally start with Five to GLOCK, then GLOCK’M, then GLOCK the Plates. I always felt accuracy was most important in Five to GLOCK because the target distances are shorter in the GLOCK’M stage. Shooting the three stages in that sequence allows me to pick up speed as I go along.

“Until recently, I shot six or seven matches a year,” Butch said. “This year, the schedule may be lighter. I usually practiced 4,000 to 5,000 rounds a year, but with current ammo costs, that might go down a little.”

Women are a strong part of the GSSF Membership. These days, the lady to beat is Wei Young of Charlotte, North Carolina. In only three and a half years of shooting at all, and three years of competition, her rise in the gun sports has been nothing less than meteoric. A financial analyst during the week, she devotes almost every weekend to one pistol match or another. She enjoys IDPA, where she shoots a GLOCK 34 in 9×19 (a gun she has also shot in the Competition category at GSSF), and Bullseye competitions where she shoots a 1911 .45 in center-fire and .45 stages, and a Hammerli Trailside in the .22 stage. However, the game that clearly belongs to this woman is GSSF. There have been two GSSF tournaments limited to women only, and she has won the overall Matchmeister title at both. She has also been known to win the Amateur Civilian division against the men as well as the women, and these combined feats have made her one of the few Master-class female shooters in the GSSF. 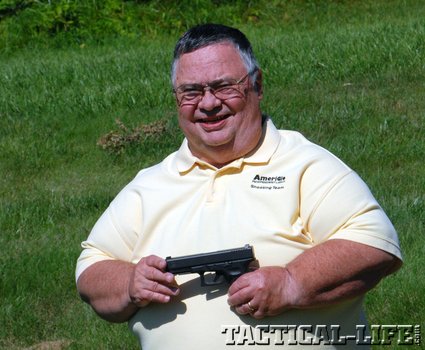 As for training and practice, Wei is quick to credit her coaches, instructor Morgan Allen and IDPA Master Dean Brevit, with whom she shoots one full day per month. “I usually shoot a match every week,” Wei told us, “and that probably averages 130 rounds per IDPA event. At a GSSF match, I’ll shoot Master Stock, Competition, Unlimited, and Subcompact, with the full round count for each.”

Regarding preferred guns and ammunition, “I shoot a GLOCK 17 for the most part,” she said, “with a GLOCK 26 for Subcompact. Actually, I feel that the GLOCK I shoot best is my G26. I have total control of that gun. I feel a smaller gun actually gives me better control and faster recoil recovery. I’ve been using a G34 in IDPA, and used it for Competition and Unlimited at the Reevesville match. I am open to shooting different models.” Wei Young stands between 5’3” and 5’4” tall and has proportionally sized hands.

Gun modifications? “I don’t modify anything inside the gun. I use 5.5-pound triggers in all my GLOCKs except the G34, which came with a 4.5-pound trigger. My GLOCK 17 has stock GLOCK sights; I like that white dot in the front. For the G34, I’m experimenting with Dawson fiber-optic front and adjustable rear sights. I don’t use optics in GSSF Unlimited,” Wei explained.

When it comes to technique and sequence, “I shoot the plates right to left—I’m right-handed. I usually shoot the GLOCK’M stage first because it’s supposed to be the easiest, and it gives me a warm-up,” said the female GSSF champ. “Then I’ll shoot Five to GLOCK. I’ll leave the plates for last. The plates are the easiest, but because they’re so ‘psychological,’ I want to be warmed up before I shoot the plate rack.” 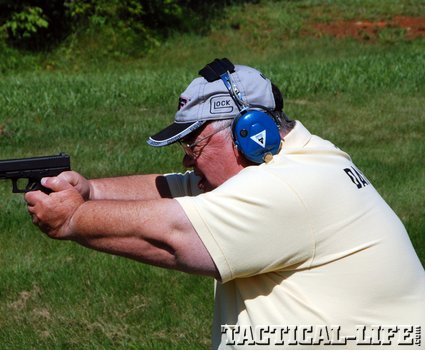 Danny Ryan demonstrates the most popular gun in GSSF, the GLOCK 17.

Danny Ryan is a long-time GSSF shooter, and under the username “DannyR” is moderator of the GSSF section at the super-popular Glock Talk internet forum (glocktalk.com). His tireless efforts have done much to weld the community of GSSF shooters, and he has compiled not only lists of the winners going back for years, but advice from Bobby Carver himself that can be found in a “sticky” at the top of Glock Talk’s GSSF section.

Danny, who was invaluable in helping to put this article together, is the embodiment of the sport. He often travels to matches with his lovely wife and daughter, exemplifying the fact that GLOCK intended from the beginning for the GSSF to be a safe, enjoyable and interactive family endeavor. Personally partial to GLOCK’s .45 G.A.P. pistols, Danny is like the majority of GSSF shooters in that he primarily competes with a GLOCK 17 in 9×19, with the factory 5.5-pound trigger. He also exemplifies the average competitor in that he is in it for the social element, the promotion of Second Amendment rights, and the simple fun of shooting GSSF. Winning GLOCKs is just the icing on the cake. I’d like to thank Bobby, Butch, Danny, and Wei for their help and their generous good advice, which made this article possible. 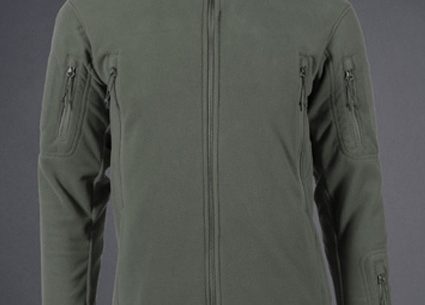 Bobby Carver has won more Matchmeister awards in GSSF than anyone else. The GLOCK…