Anti-terrorist/special operations units train for thousands of hours for a mission that might not ever happen, and if it does, it may last a few seconds. This was the case on April 12th, 2009, 7:19 pm Somalia time, when three SEALs from DevGru (US Naval Special Warfare Development Group) precisely placed three rounds into the heads of the three Somali pirates holding Captain Richard Phillips hostage. 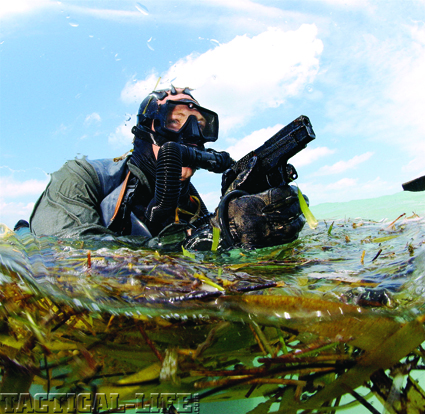 As a SEAL breaks water, he is prepared to engage with his MK24, Model 0 (Sig Sauer P226). The MK24 has corrosion resistant finish to exterior/internal parts. Photo: DoD

The SEALs had parachuted into the Indian Ocean at night, retrieved their RHIBs (rigid hull, inflatable boats) that were parachuted with them, and entered the landing dock of the USS BOXER. The SEAL shooters were shooting from a moving deck. They knew the towrope attached to the boat holding the pirates and hostages was 30 meters long and zeroed their rifles accordingly. Reports say that the SEALs were using KAC (Knight’s Armament) SR25, Mark 11, Mod 0 suppressed rifles with IR (infrared) optics.

History & Dynamics
The SEALs, which take their name from the mediums where they can operate –Sea, Air, Land – can trace their lineage to the World War II underwater Demolition Teams. However, the SEALs were officially established in January 1962 to give the Navy a special ops capability. For years, the Navy maintained both UDT (underwater demolition) and SEAL teams, but eventually the units were merged.

Each SEAL Team has their own HQ and three 40-man troops. DevGru has four troops. Each troop is broken into an HQ element and two 16-man platoons. When specialized EOD (explosive ordnance disposal) personnel are added, a platoon will have 18 men. On operations, the troop may be broken into eight four-man fire teams. When support personnel are included, a SEAL Team will have approximately 300 members. 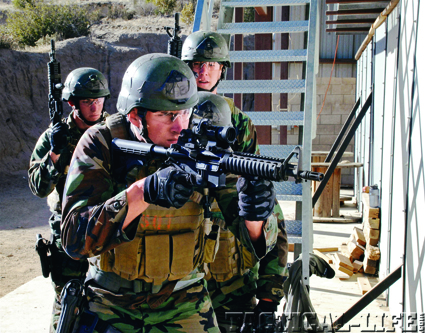 There are also two SDVTs (SEAL Delivery Vehicle Teams) – SDVT 1 at Pearl Harbor, Hawaii and SDVT-2 at Little Creek, Viriginia. Each SDVT has four platoons; each consists of 12 to 15 SEALs. The SBUs (Special Boat Units) are often associated with the SEALs. The SBUs are an elite group of small boat operators trained to operate along coastlines and on inland waterways, to support the SEALs. Special Boat Squadron 1 is based at Coronado, and Special Boat Squadron 2 is based at Little Creek. Currently, there are approximately 2,000 SEALs in the US Navy. 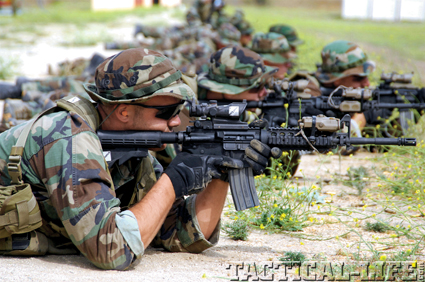 A SEAL firing his M4 during SEAL Qualification Training. It has the TA01NSN ACOG sight mounted and what appears to be an Insight Technology AN/PEQ-15 ATPIAL pointer/illuminator. Photo: DoD.

Qualification Training
SEAL selection and training are ranked as one of the toughest in the world. SEAL candidates must first pass the Diver/SEAL Physical Screening Test. Then, candidates go through a three-week Indoctrination course at the Naval Amphibious Base, Coronado. After that, candidates enter the grueling 24 weeks of BUD/S (Basic Underwater Demolition/SEAL) training. Much of that time is spent in the water or the mud carrying logs or inflatable boats in six- to eight-man “boat teams.”

Other tests of strength and endurance include 4-mile runs in boots on soft sand for 32 minutes. One of the toughest hurdles is “Hell Week” where a candidate must undergo 132 hours of continuous physical activity with virtually no sleep. Generally, only 20 to 25 percent make it through BUD/S.

After SQT, SEALs are assigned to one of the SEAL Teams and join a platoon. Some of the training will be gained by attending specialized schools to learn skills useful for the team. Other skills will be learned while training as part of the unit. 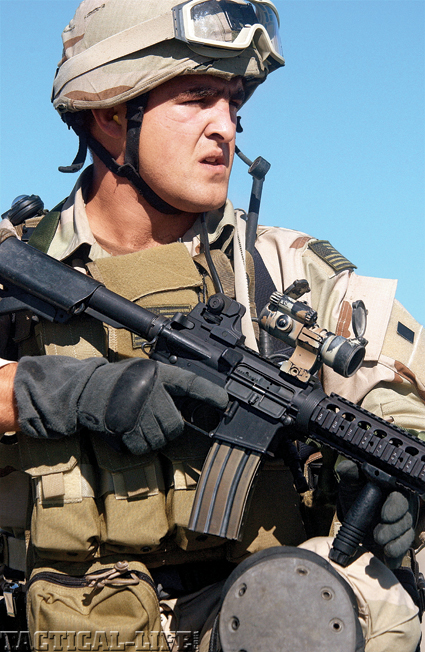 SEALs are well known for extensive work on Immediate Action drills. Other small unit tactics that are practiced include urban warfare. SEALs shoot often and plentifully (they are known for burning out the barrels of M4s through extensive tactical training) and constantly practice their CQC techniques. They will extensively practice combat swimmer and small boat operations including Hostile Maritime Interdiction with combat boarding.

Insertions via parachute and helicopter are practiced in tactical scenarios, including into the sea. Emphasis is also placed on training for Special Reconnaissance missions. Individual SEALs, Fire Teams or Platoons will also carry out exchange training with friendly foreign special operations units.

Weapons & Gear
SEALs are known for the diversity of their weapons, but the M4 remains a primary weapon. SEAL versions normally incorporate a Crane stock with a battery compartment, Trijicon TA01NSN ACOG, PEQ-2A laser (though this reportedly is being replaced with the AN/PEQ-15 ATPIAL), and a CVL-2 laser. The SEALs also have a “CQC” M4 with a 10.5-inch barrel, LMT rear sight, vertical fore-grip, Aimpoint optical sight and PEQ-2A laser.

The SEALs have the Mark 12, Mod 1 SPR (Special Purpose Rifle). The SPR is designed as a DM (Designated Marksman) rifle or special ops light sniper rifle. Due to its 18-inch barrel, the Mark 12, Mod 1 remains compact (37.5 inches long overall) yet it grants the operator greater range, especially when using the 77-grain, MK 262 Mod 0, 5.56mm LR round. Features include a flattop upper receiver, free-floating KAC handguards and a Harris bipod.

Leupold MK4 MR/T scopes have been used on some versions of the SPR and reportedly so have NightForce 2.5-10×24 NXS scopes. A muzzle brake suppressor is available. The SEAL Recon Rifle is designed to give SEALs an even more compact rifle of the SPR type. The Recon Rifle is built at the Naval Surface Warfare Center, and incorporates a 16-inch stainless steel barrel. Each is custom built to operator specifications.

The Heckler & Koch MP5N is the standard SMG (submachine gun) of the SEALs. The “N” in its designation stands for Navy, though other US special ops units now use this version as well. The MP5N has an ambidextrous trigger group and is threaded for a suppressor. Heavier automatic weapons used by the SEALs include the M60E3 and M60E4 (MK43 Mod 0 or 1), the latter often with the short barrel, and the M240.

SEALs work with the MK46 Model 0, a lighter version of the M249 with a Picatinny rail. The MK48 Model 0 7.62mm NATO version is also used of the MK46. Although the SEALs have used various shotguns, the Benelli M4 is the current standard.

They primarily use two pistols. The MK23, Model 0 SOCOM is a large .45 ACP pistol sometimes designated an “Offensive Pistol” since it is designed to take a suppressor and various types of illuminator. It is accurate and powerful but also quite heavy.

As a result, SEALs tend to use the MK23 for specific missions, but for general combat usage, they carry the Sig Sauer P226, designated the MK 24, Model 0. Both pistols are designed to stand up to extended exposure to salt water. The SEALs do have one other specialized pistol, the HK P11 Underwater Weapon. 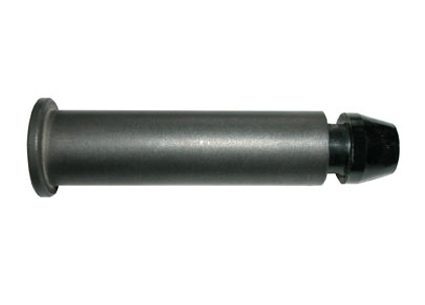