Oakland PD’S EYE IN THE SKY

0
SHARES
5
VIEWS
Share on FacebookShare on Twitter
The OPD helicopter and pilot Jon Vanerwegen who prefers his .45 auto GLOCK.

Recently, an Oakland police officer tried to perform a traffic stop on a suspected stolen car. The driver tried to flee in his white SUV, driving recklessly and soon hitting another vehicle carrying three people. The SUV, wrecked and smoking, was on the shoulder of a side street—the other vehicle was disabled. The suspect then got out and bolted into the suburban residential area, leaving the three people, two of them children, sitting dazed but unhurt. Arriving OPD units quickly blocked and controlled the intersecting roads and set up a perimeter around the area where the subject escaped. 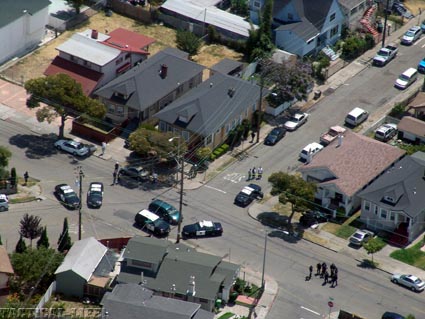 To best utilize their law enforcement manpower, the OPD organized a Designated Arrest Team (DAT) to perform a house-by-house, yard-by-yard search. The team was centered on an accompanying K-9 unit whose handler was experienced in tracking and locating subjects hidden in urban, suburban or wooded terrain. Briefed and armed, the DAT set out to find the perp. 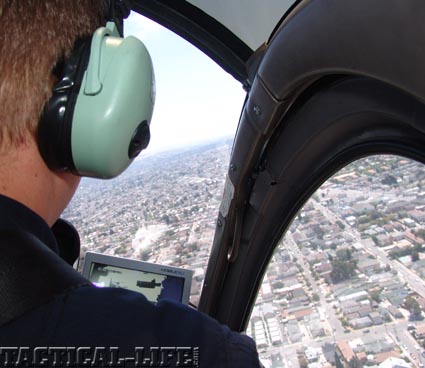 The use of overhead observation provides excellent protection. 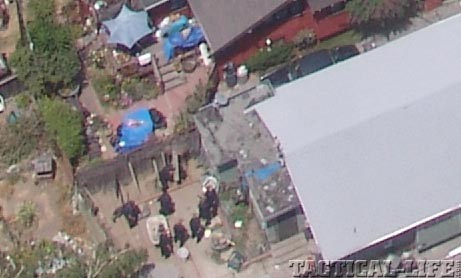 Alerted by the radio, OPD pilots Joe Villalobos and Jon Vanerwegen quickly prepped and pre-flighted the department’s McDonnell Douglas MD 500 “Little Bird” helicopter. In just a few minutes, the pilots got clearance from ground control, added power, pulled pitch and were airborne over Oakland. The powerful helicopter provided excellent aerial observation and surveillance to assist the search and ensure the safety of officers on the ground. 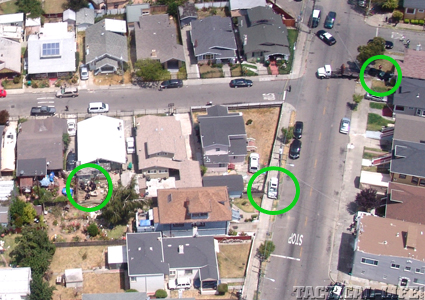 Along for the ride, this author was able to see where the officers and K-9 unit were heading. The pilots were able to talk to the DAT and advise them if there was any movement or if the subject was positioning for a fight. The first yard was cleared by the team, then the second, but at the third house the K-9 alerted the DAT to a threat in the backyard.

Unable to run because of the helicopter overhead, the subject was forced to find a place to hide. He wedged himself in an overgrown narrow space between two fences that shielded him from the sky but not from the K-9! Due to the DAT’s air/land cooperation and organizational effectiveness, the Oakland police officers approached and arrested the subject, who surrendered without incident or injury. 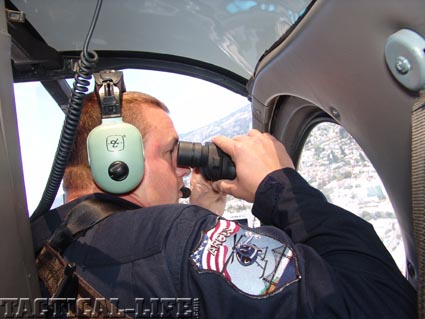 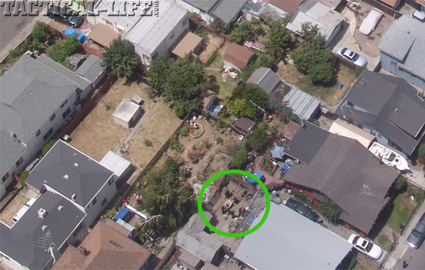 For more information about the Oakland PD and the training and equipment they use to protect and serve residents and visitors of the San Francisco Bay Area, please view Glock Autopistols 2013.