In 2008, Deputy Jared Reston of the Jacksonville, Florida, Sheriff’s Office was shot seven times—he survived. His story echoes the ethos of the combat mindset and the will to win. The incident began with Reston attempting to apprehend a shoplifter then escalated to his being shot through the chin by the suspect’s Glock .45. Despite this, Reston returned fire with his .40-caliber Glock 22, using one hand. He said, “The suspect continued to fire at me while I tried to put rounds on target, which hit and had the desired effect.” Eventually the suspect fell. Reston grabbed him and fired three contact shots in close proximity to the suspects head area. 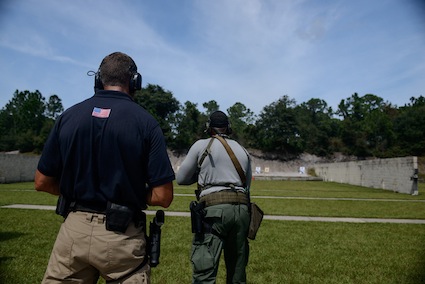 This experience coupled with 11 years in law enforcement (including SWAT) propelled Reston to develop the Reston Group. Reston and his cofounder, Michael Hiday, an active officer with over 23 years of experience along with time spent working overseas, focused on creating “a training group specifically focused on the needs of law enforcement officers and their missions.” Reston Group’s goal is “to bring working armed professionals a set of proven ‘best practices’ to use, to prevail in increasingly violent critical incidents.” 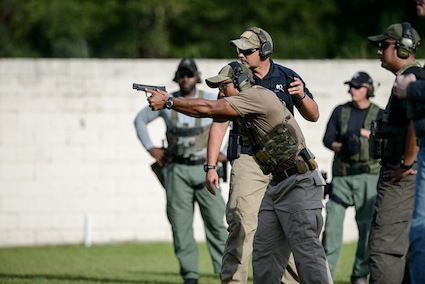 The Reston Group offers a few core courses: 2-Day Rifle, which emphasizes rifle competency; 2-Day Pistol, which emphasizes pistol competency; 2- or 5-Day Performance Gun Fighting, which takes shooting fundamentals to a high-performance skill level, enabling officers to perform during any firearm engagement; and Winning an Armed Encounter, a seminar that includes a detailed debrief of Reston’s shooting. Reston explained, “We will also develop and provide any type of specific training an agency may request, from combatives to SWAT to counter-assault. Since we are still full-time law enforcement officers, we bring any current training we’ve received to the classes, and our full-time status also allows us to offer training at discounted prices compared to other training venues.” 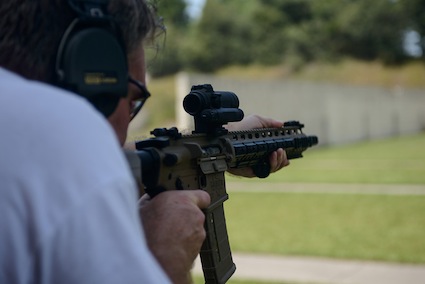 The Reston Group has trained officers with the Darlington, South Carolina, Sheriff’s Office, the St. Johns County, Florida, Sherriff’s Office and the Advanced Law Enforcement Rapid Response Training Center based in Texas. For some of its shooting classes, the Reston Group will also offer open enrollment for responsible civilians, at the discretion of the instructors. 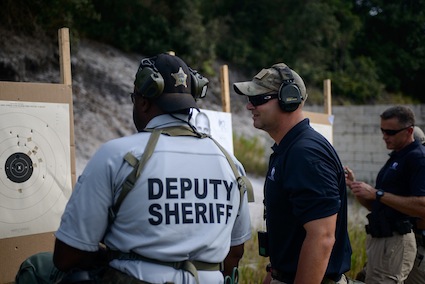 Reston related, “Getting shot doesn’t hurt—until a few minutes later—but if you prepare and train for it…and never give up the fight, you will survive and win.” For the shooting incident, Vice President Biden awarded Reston the Public Safety Officer Medal of Valor, the highest award a public safety officer can receive. For more information, visit restongrouptraining.com. 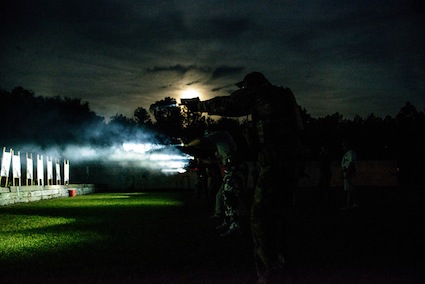 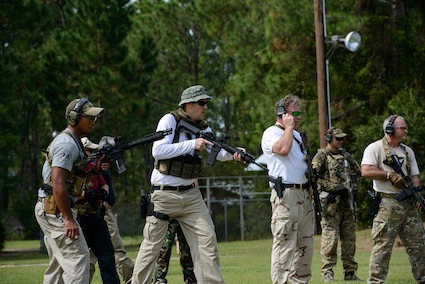