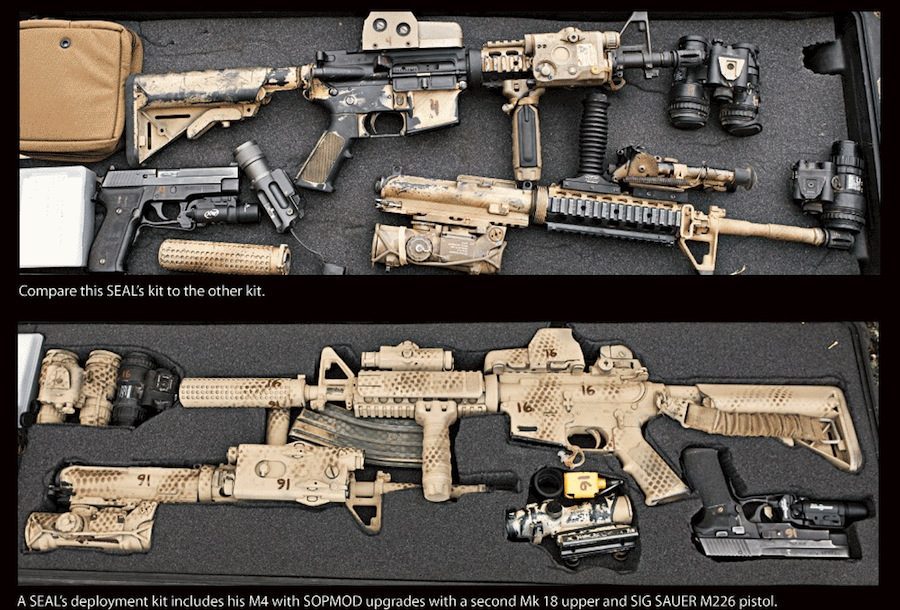 SEALs don’t quit and they don’t leave teammates behind. Four members of Charlie Platoon of SEAL Team 3 were engaged in combat operations on a rooftop in Ramadi, capital of Anbar province in western Iraq. They had been taking heavy fire when one of the SEALs was seriously wounded by shrapnel when a round struck his weapon. The remaining SEALs knew that immediate evacuation was needed but would require exposure to the continued heavy fire. Without hesitation and not once but twice, Marc Alan Lee stood upright to deliver withering fire from his Mk43 7.62 machine gun as his teammates successfully extracted the wounded SEAL. Now safe, his team re-entered the hot zone to find and eliminate the insurgents still fighting. For a third time in support of his buddies, Marc stood to deliver aimed machinegun fire and was struck and killed by a sniper bullet, the

first suffered in Iraq by the elite naval commando force. As a result of his selfless and courageous action, Aviation Ordnanceman 2nd Class (SEAL) Marc A. Lee was awarded the Silver Star, the third highest award for valor given by the military.

Letters Home
In one of the last letters he sent before his death, Marc wrote, “Glory is something that some men chase and others find themselves stumbling upon, not expecting it to find them. Either way, it is a noble gesture that one finds bestowed upon them.” Marc’s duty in Iraq made him appreciate America even more. “I have felt fear at some of the things I have seen here, I have seen amazing things and sad things…but being in Iraq makes me realize what a great country we have.” Based on his humble expression of service and sacrifice, this letter was read during his memorial service.

Recently, Marc’s brother Kris contacted Steven Bronson and asked if he could help him create a presentation knife made in his brother’s memory. He wanted to have a percentage of the profits go directly to the soccer field in Hood River, Oregon, being named in Marc’s honor. Bronson then contacted noted knifemaker Eddie Killian and asked him if he would design the knife, at which point Eddie took it upon himself to assume all the cost and design of the prototype version. Everybody was in agreement as long as the family—brother, sister, mom and wife—were all 100 percent behind the idea. The name “Glory” was to honor his letter home where he told of commitment and sacrifice based on selfless service. Les De Asis, the founder and owner of Oregon’s Benchmade Knife Company, gladly agreed to produce this exceptional design to ensure the Oregon SEAL was memorialized and honored, and a local Oregon company would be the knifemaker doing it.

The Killian Prototype
Eddie Killian then hand ground the prototype presentation-grade knife to produce an intense blade as unique as the man it honors. The first question that Killian asked was, “If I were a SEAL, what kind of large fixed blade would I want and what would I want it to do?” Since SEALS are warriors on Sea, Air and Land, he figured the blade should allow all-around use. It would need lots of belly for slashing, skinning and detail work. It would have a strong tip for prying and be almost spoon shaped to allow for an efficient digging tool. It would also give the blade a propeller look to represent the unique boat and air work aspect of the SEALs. The knife would have a recurve-style blade to allow for a tip-heavy feel that works great for chopping and gives it more “bite” in slashing moves. The blade would be 154CM American-made stainless steel that is a tried and proven metal with good all-around qualities for corrosion resistance, toughness and edge quality. The large blade would also have a black coating that acts as climate and environment protection and be “stealthy” as well.

Eddie knew from his knifemaking that a large knife needs the ability to become small. He added the indented choil out front to allow the user to choke up and balance the blade between the index finger and the thumb on the spine. The upper guard is knurled to keep from slipping onto the blade, whether gloved or not. The knife uses a full tang that gives it the most strength and is common to all of Killian’s designs. The handle is covered with a deeply scalloped G10 material made from layers of fiberglass soaked in resin, then compressed and baked to make it impervious to moisture. The texturizing scales on the handle give a very organic look, like ocean waves, but also allow for an even grip up and down the handle. The scales do not force you to hold the knife a specific way, allowing the operator unlimited control because, when chopping or slashing, no knife ever seems long enough.

The “pinky” groove at the pommel was purposefully made to give a great place to index the ring finger (pinky is off the grip) and chop or slash with greater leverage. Also, when held in reverse, the pinky groove gives your index finger an excellent hold and allows your thumb to come off the pommel to allow solid, strong striking. In addition, the pommel is textured for a sure grip and also acts as a glass breaker and general motivator. The lanyard hole was included because most operators would rather have it and not need it than need it and not have it. 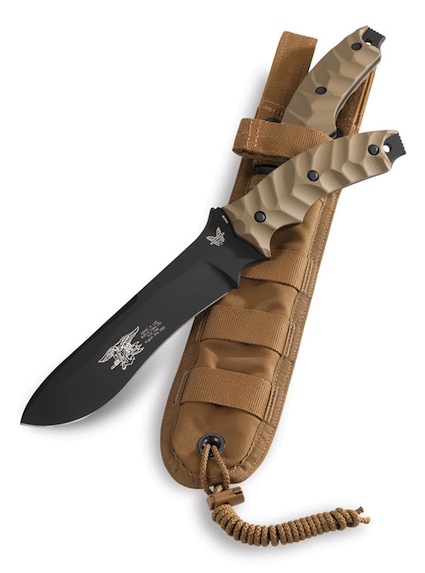 This knife honors the fearless actions and heroic behavior of Petty Officer Second Class Marc Alan Lee, the first Navy SEAL to be killed in Iraq since the war began in 2003.

Benchmade Commitment
Les De Asis admitted how proud Benchmade is to produce such a high quality blade for a true American hero. His commitment to the project included purchasing almost the entire available stock of CM 154 stainless steel for making the big blades. In a private discussion, Les noted that the Marc Lee Glory knife represents the best work Benchmade has done. Les stated that the look, feel and sheathing system provides for a “hardcore, extreme duty product.” He was very glad that Benchmade was selected by the Lees and Steven Bronson for this project. Les acknowledged that although it was sad to produce this knife, Benchmade craftsmen were determined to produce a “spot on” commemorative knife that could be used hard and often by other warriors to honor Marc Lee’s life and sacrifice.

Overall, the Killian-designed, Benchmade Glory Knife is a work of art founded in science. It is a tool that is meant to be used when the night is dark, the surf is rough and there are still miles to go. It was conceived in honor, designed with pride and made with reverence. Marc would be proud to own one, as Momma Lee puts it, now that he has been redeployed to Heaven.