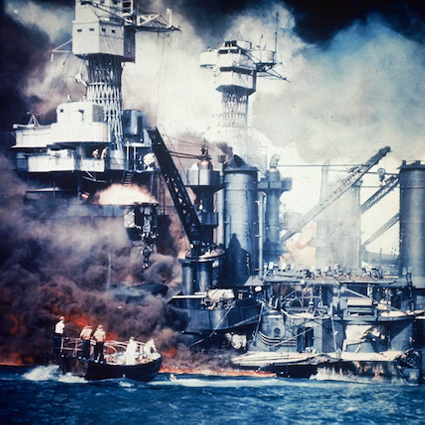 Seventy years ago, the United States was kicked into World War II. Join us on a new weekly series as Tactical Life rummages the dustbin and duffel bag of history for the untold stories of secret weapons, and the arcane, often inane but pivotal backstories to famous campaigns and tools of WWII. It will be History Lite, but you may never view textbook history the same.

In 1940, nationalistic pride and militaristic hubris after the ruthless and successful conquest of China were driving Japan inexorably toward war with the United States. Then, the paper conquest of Southeast Asia through a treaty with the Vichy French gave Japan control of vast new territory in French Indo-China that resulted in the U.S. embargo of strategic materials and seizure of Japanese assets. At this point, war seemed inevitable, although many Japanese military leaders were concerned about the long-range implications of a protracted war with an industrial powerhouse. As the storm clouds darkened, Harvard-educated Admiral Isoruko Yamamoto expressed doubt, apprehension, even disgust over Japan’s headlong rush toward war with the U.S. and said it would be a terrible mistake. Although a well-regarded figure, his comments angered the Army. 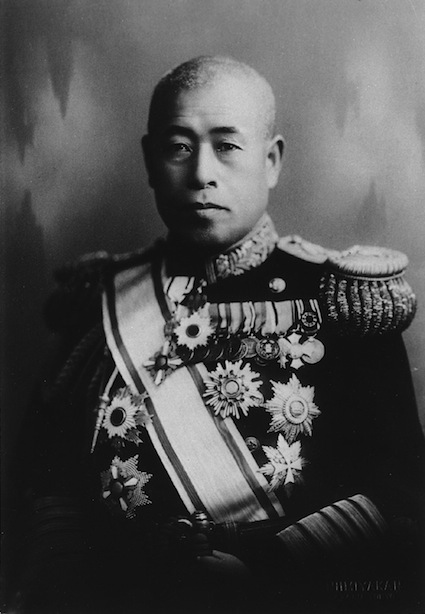 Thus a Japanese strike force comprising 353 fighters, bombers and torpedo planes aboard six aircraft carriers set sail for Pearl Harbor the morning of November 26, 1941, Japan time. It could have been recalled en route, but no further diplomatic progress was made and on December 1, Emperor Hirohito agreed, in Imperial Conference, to a war against the U.S., Britain, and the Netherlands, which began by the attack on Pearl Harbor, Malaya, and the Philippines. Final approval of the operation was received on December 6, 1941, and December 7 became “the day which will live in infamy.”

Although Yamamoto viewed any attack on the U.S. as a mistake, there were great tactical mistakes built into this attack. So severe were these tactical flaws, that they comprised strategic errors as well.

Unforeseen Consequences
Because Imperial Japan was a nation of finite resources, and the United States was a nation of vast resources and comprised, as Admiral Yamamoto had noted, “a sleeping giant,” Japan was in a poor position to win a protracted war at this point, and they knew it. Their one hope was to strike an utterly devastating first blow, destroying our ability to project military power in the Pacific, and they hoped, destroy our morale and will to fight in the same blow.

The attack on Pearl Harbor is often held as one of the most successful preemptive strikes in history. A candid analysis of what the attack was intended to accomplish, however, and how fatal tactical flaws within the attack plan made the attack fail in the initial goal and ultimately led Japan into a war they could not possibly win in the long term, belie that characterization. That the Japanese indeed caught the giant asleep is undisputable, but although the attack was disastrous it was not devastating, and because of its fatal tactical and strategic flaws, it ultimately brought a result opposite to that intended.

First, although it was supposed to be a killing blow to our ability to project national policy in the Pacific, it left intact our tools most effective so to do. Second, destroying our prestigious battleships was intended to cow Washington and the American people into a pax romana for Japanese intentions in Southeast Asia, in particular the oil-rich Dutch East Indies and in Malaya. Instead, it galvanized the largely isolationist American people into a war effort as never before seen in our history. Lastly, the attack was intended to buy time for Japan so it could upgrade its naval strength before our own 70 percent increase in naval power that was authorized under the 1940 Vinson-Walsh Act could become a reality. In this final regard, the result was that our remaining forces quickly crippled Japan’s ability to import strategic materials. 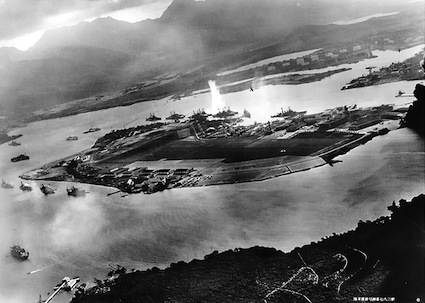 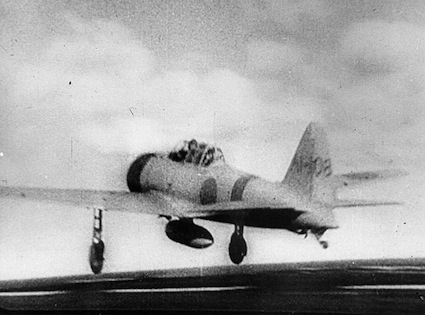 Advantage Not Exploited
The military might of of Japan was never as great as it was 70 ago this week, when the Imperial Japanese Navy task force under command of Admiral Nagumo launched the sneak attack on the U.S. Sixth Fleet, swinging on the hook at Pearl Harbor. Conversely, at no time in the war was the American military might at lower ebb than it was at the end of that fateful day, but we now had the will to fight.

A sneak assassin usually gets only one shot-he’d better make it good, and the Japanese did not. A wound that is not mortal is a temporary wound, but a permanent motive. Their attack had not been a fatal blow to our Pacific fleet, but Yamamoto’s feared sleeping giant had been rudely awakened. Because of that largely failed attack, the Japanese effectively won the battle but lost the war that day. 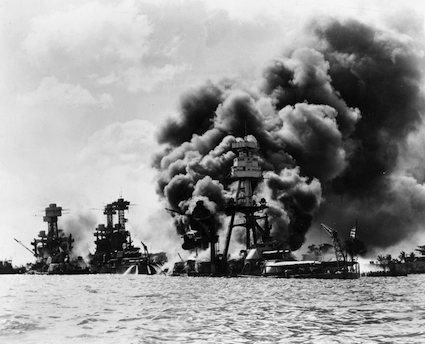 After the initial shock of the disastrous attack, the fires were put out and the damage assessed by cooler heads, in particular Admiral Chester Nimitz, the singular commander who would lead us to victory at sea in the Pacific. Who better to point out Japan’s fatal flaws than Nimitz, called from a concert the night of the attack and given command of the Pacific Fleet by President Roosevelt.

In his small volume Reflections on Pearl Harbor, Admiral Nimitz recalled arriving at Pearl to assume command on Christmas Day, 1941. After a boat tour through the wreckage of sunken battleships and naval vessels that was once our Pacific Fleet, the helmsman asked the admiral’s reaction.

Fatal Flaws
Nimitz was never known as loquacious, but was candid: “The Japanese made three of the biggest mistakes an attack force could ever make, or God was taking care of America.”

The fatal flaws in the attack? “The Japanese attacked on Sunday morning. Nine out of every ten crewmen of those ships were ashore on leave. If those same ships had been lured to sea and been sunk, we would have lost 38,000 men instead of 3,800.

“When the Japanese saw all those battleships lined in a row, they got so carried away sinking those battleships, they never once bombed our dry docks opposite those ships. If they had destroyed our dry docks, we would have had to tow every one of those ships to America to be repaired. As it is now, the ships are in shallow water and can be raised. One tug can pull them over to the dry docks, and we can have them repaired and at sea by the time we could have towed them to America. And I already have crews ashore anxious to man those ships.

“Every drop of fuel in the Pacific theater of war is in top-of-the-ground storage tanks 5 miles away over that hill. One attack plane could have strafed those tanks and destroyed our fuel supply. That’s why I say the Japanese made three of the biggest mistakes an attack force could make, or God was taking care of America.” 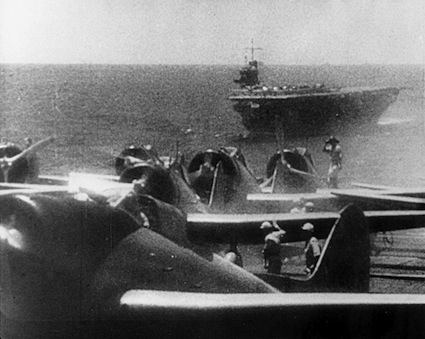 Japanese naval aircraft prepare to take off from an aircraft carrier (reportedly Shokaku) to attack Pearl Harbor. Plane in the foreground is a “Zero” Fighter, probably from launch of the second attack wave. (Japanese photo, courtesy U.S. Navy)

Some historians say that Japanese confidence in their ability to achieve a short, victorious war also meant to them that other targets in the harbor, especially the navy yard, tank farms, and submarine base, could safely be ignored, since-by their thinking-the war would be over before these facilities would be of use.

A third-wave Japanese attack had been contemplated to address such matters as the fuel depot, but low on fuel himself and fearful of the American carriers known to be at sea, Admiral Nagumo aboard the flagship Akagi took the Japanese task force back to Japan rather than attempt a third wave that would be returning close to dark.

The stated objective of destroying most the battleships of America’s Pacific Fleet had been met. Ironically, although the Japanese had used aircraft carriers as the weapon of choice to achieve this, the IJN was fixated on battleships as representing the essential naval power, and considered our own carriers -Enterprise, Lexington, and Saratoga-to be secondary targets. Although vital American assets such as the fuel bunkers, the shipyards, submarine pens, and administrative buildings were not on Admiral Minoru Genda’s target list in his original plan for the attack on Pearl Harbor, they would ultimately prove to be more important than any battleship. 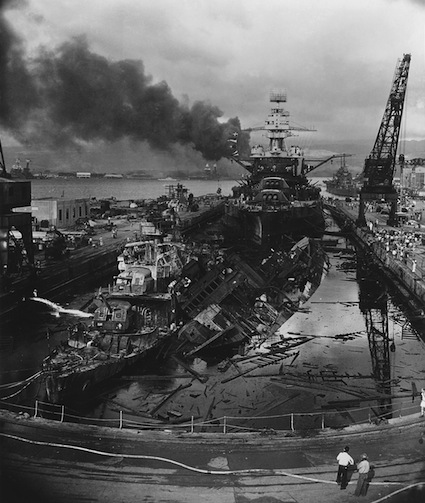 The wrecked destroyers USS Downes (DD-375) and USS Cassin (DD-372) in Drydock One at Navy Yard, after Japanese air attack. Cassin has capsized against Downes. USS Pennsylvania (BB-38) is astern, occupying the rest of the drydock. The torpedo-damaged cruiser USS Helena (CL-50) is in the right distance, beyond the crane. Visible in the center distance is capsized USS Oklahoma (BB-37), with USS Maryland (BB-46) alongside. The smoke is from the sunken and burning USS Arizona (BB-39), out of view behind Pennsylvania. USS California (BB-44) is partially visible at the extreme left. (Photo: U.S. Navy)

Left With The Best Weapons
The temporary elimination of our battleships from the arena left the U.S. Navy with no choice but to rely on its undamaged aircraft carriers and submarines-the very weapons with which the U.S. Navy halted and eventually reversed the Japanese advance. American submarines immobilized the IJN’s heavy ships and brought Japan’s economy to a virtual standstill by crippling the transportation of oil and raw materials. Import of raw materials was cut in half; oil imports were almost completely stopped. Ironically, the basement of the Old Administration Building held the crypto unit that broke the Japanese codes, enabling the Midway ambush and the success of American submariners.

A major flaw of Japanese strategic thinking always had been a belief that the ultimate Pacific battle would be fought by battleships, under the obsolete doctrine of Admiral Alfred Thayer Mahan. But with the advent of modern aircraft, battleships became primarily of use to fight similar ships or as floating artillery. Six of the eight battleships “destroyed” at Pearl Harbor were repaired and returned to service, but their inherent slow speed limited their deployment, so they served mainly in shore bombardment roles, while our undamaged and more nimble forces took the battle to the enemy in the air, on land and underwater.

Once Admiral Nagumo had disengaged, it was too late to finish the job. The gauntlet was in the sand and the fateful Japanese decision not to pursue their advantage dramatically lessened the long-term effect of the attack. America would lick its wounds, and be back to fight with the rage of a gut-shot bear. 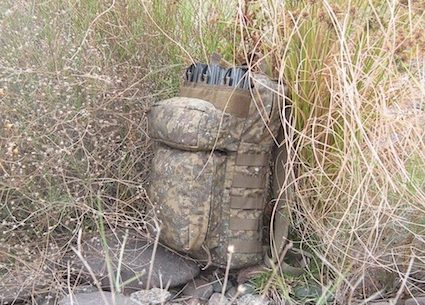