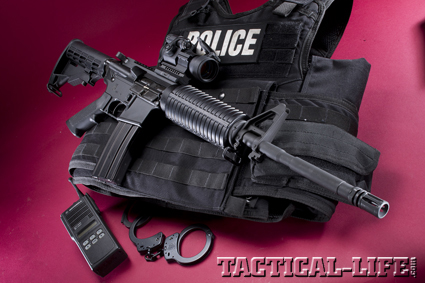 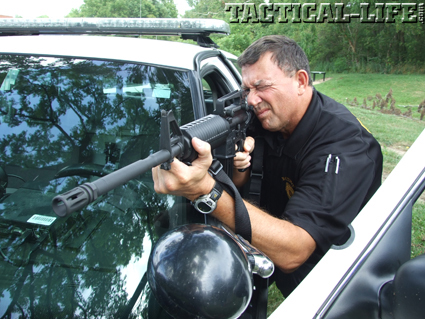 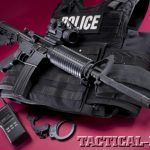 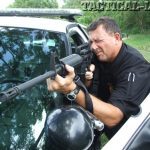 Expensive, very finely made AR-15s are a credit to the industry. As Guns & Weapons contributor Scott Wagner writes, “They represent some of the finest rifles ever conceived in terms of quality, reliability and rugged good looks.” But in today’s economic crunch, whose effects have been felt not least of all by law enforcement agencies nationwide, more modestly built and priced ARs have their place, too. “I can tell you with certainty,” Wagner says, “that while there are many officers (typically ones without standard family expenses) who can afford a Cadillac rifle for patrol, many more must opt for the Chevrolet—and there isn’t a darn thing wrong with that.”
As Wagner notes, affordability needn’t mean compromising quality. Exhibit A is DPMS’ AP4, an M4-configuration carbine that retails at $959. “While very basic,” Wagner writes, “it allows for easy upgrades while still being a rock-solid, ‘throw it in the truck and don’t worry’ sort of rifle. If anything is going to break, it’s going to be something the shooter’s added or changed.”
The AP4 is entirely mil-spec in its construction. Weighing 7.15 pounds unloaded, it features upper and lower receivers forged from 7075-T6 aircraft-grade aluminum. Equipped with a 16-inch, chrome-lined steel barrel, rifled to a rate of 1 in 9 inches, Picatinny top rail and a rounded “Glacier” handguard, DPMS’ top-selling rifle is ready for duty right out of the box—as Wagner, who reviewed the AP4 for the October 2013 issue of Guns & Weapons For Law Enforcement, can attest. Keeping the rifle in the condition he received it—“After all, this is how an M4 would be used if it were a department-issued weapon”—he ran the AP4, no optic added, through a series of range drills. I won’t give away the ending—the full report is there for you to read in October Guns & Weapons—but suffice it to say, the AP4 performed more than satisfactorily. Not bad, indeed, for a “budget” AR. 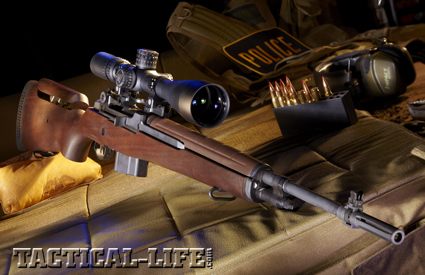 Expensive, very finely made AR-15s are a credit to the industry. As Guns &…