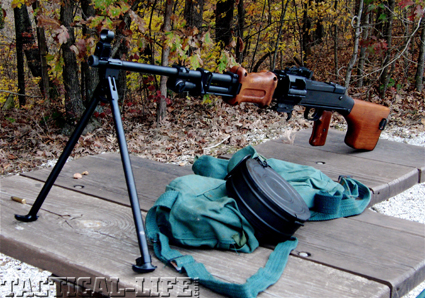 Enemy’s eye view of the RPD–a drum lies ready for insertion into the weapon.

During Communist insurgencies of the 1960s and 1970s, the Soviet RPD Light Machinegun, along with the AK-47, was one of the brushes used in the attempt to paint Asia, Africa, and Latin America red. Chambered for the same 7.62x39mm cartridge as the AK-47, it gave the insurgent or Warsaw Pack infantryman a squad automatic weapon which was portable enough to carry in the advance yet which had a 100-round drum for sustained firepower. The RPD was adopted by more than 50 countries and has turned up in many more. U.S. troops faced the RPD in Vietnam and still encounter it in Afghanistan. Some of those encountered in Afghanistan were captured from Soviet troops and turned against them.

For special operators or contractors, the RPD remains one of the weapons with which it is useful to have basic proficiency as it will often be available where the later RPK or PK may not. 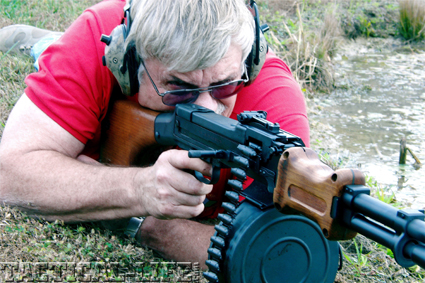 Empty links exit the RPD as it is fired from the pone position.

Fortunately, DSA has obtained a substantial number of RPD parts kits and now offers a semi-auto version which may be used for weapons familiarity training or just for a lot of enjoyable shooting. Read the full test report by Leroy Thompson, who first trained with the RPD more than 40 years ago, in an upcoming issue of Special Weapons for Military and Police. 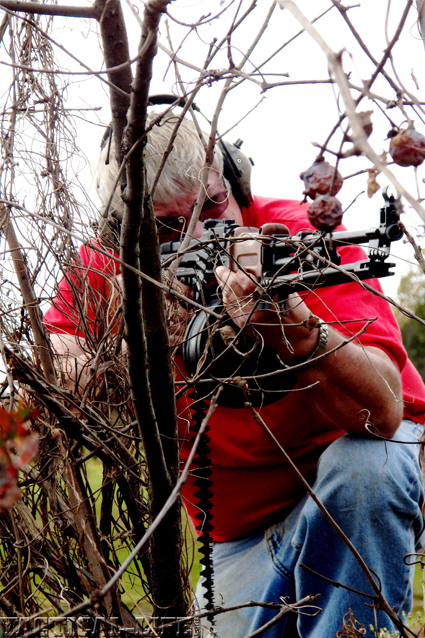 The RPD is handy enough that it may be fired kneeling from cover as in this photo.

Enemy’s eye view of the RPD--a drum lies ready for insertion into the weapon.…