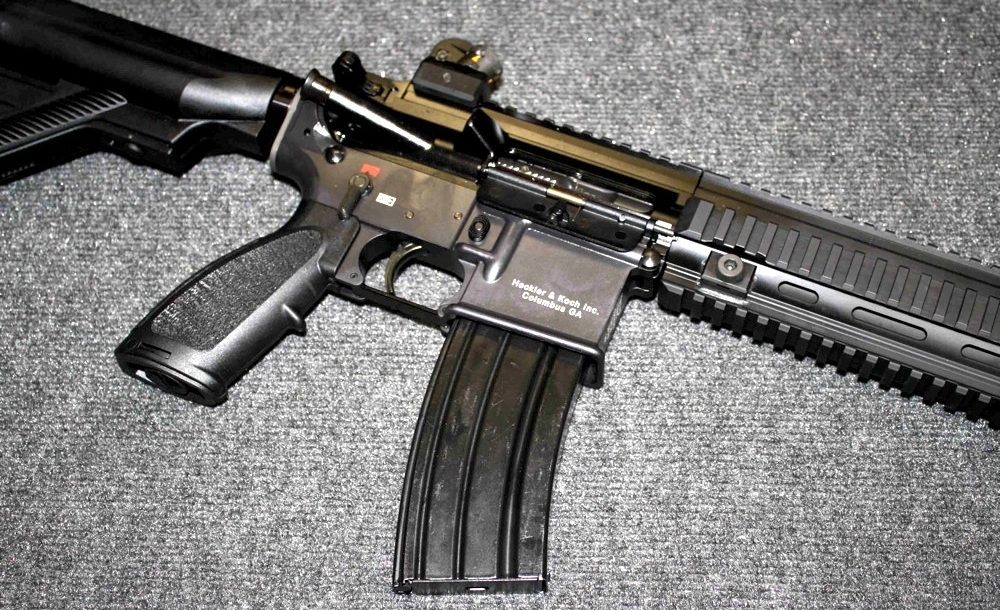 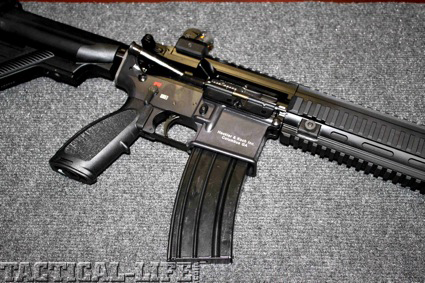 Heckler and Koch’s piston-driven AR variant, the HK416, was originally developed with input from U.S. Special Operations forces and has been serving in that capacity for several years. The civilian version of this rifle, the MR556A1 (M.S.R.P. $2,995), has recently started shipping out to dealers in limited quantities. So what made this the weapon of choice for Delta Force, and what differences are there in the civilian version? We were invited to a special preview at H&K’s offices in Ashburn, VA to check it out. 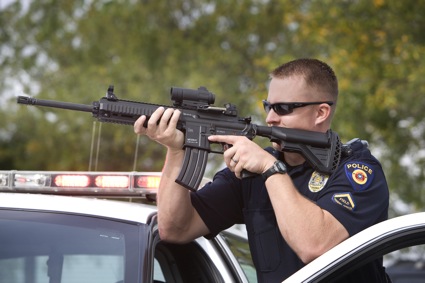 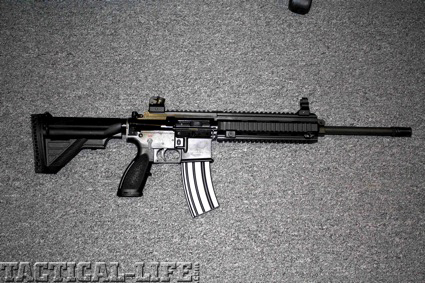 The MR556A1 rifle from H&K is the civilian version of the US Special Forces HK416, but designed as a match grade rifle. Look for tight tolerances between the upper and lower receiver and no play in the collapsible stock. Click for larger image.

Derived directly from the HK416, the MR556A1 uses many of the same parts, including the barrel and gas block which still features the grenade launcher attachment point, but was built as a match capable rifle. Both rifles use HK’s proprietary short stroke gas-piston operating system so no fouling or gasses enter the receiver or affect the bolt, improving reliability and ease of cleaning. Both rifles also include an easily removed rail system with four MIL-STD-1913 “Picatinny” rails. A charging handle designed for one-handed operation can be readily adapted for left- or right-handed use. 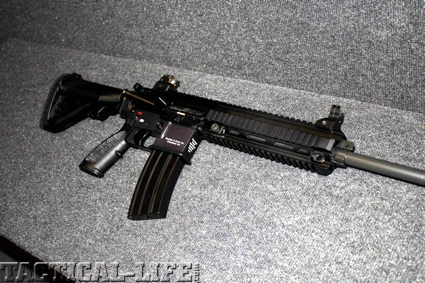 HK’s new MR556A1 rifle features a free-floated barrel with a quick-detach quad rail handguard. Note the grenade launcher attachment point on the bottom of the barrel under the front sight.

The MR556A1 exhibits extremely tight tolerances with no play between the upper and lower receiver thanks to take down pins with spring loaded bearings that help seal the upper and lower. To disassemble the rifle, a special tool is needed which is stored inside of the six-position telescoping stock behind the rotating removable shoulder pad. This tool can also be used to lock the stock in the desired position, eliminating the usual play found in these types of stocks. 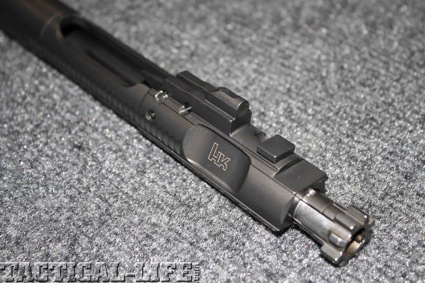 This rifle has a 16.5 inch heavy free floated barrel with 1:7 twist, but unlike the HK416, the MR556A1 does not have a chrome-lined barrel. This is due to the fact that HK’s engineers determined that an unlined bore delivers better accuracy. 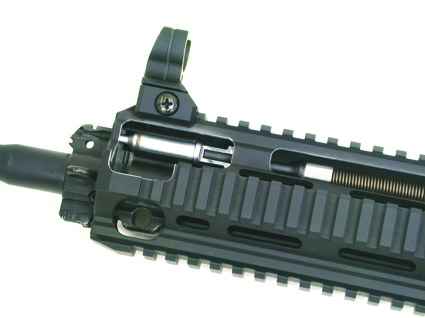 How will HK’s civilian piston-driven AR perform on our own range test? Look for a detailed review in a future Harris Publications magazine. In the meantime, visit HK-usa.com for more information.