SNEAK PEEK OF WHAT’S AHEAD

Buck Ridge Plantation in Orangeburg, South Carolina, was the site of the 2012 new products seminar hosted by Remington, Bushmaster, DPMS, Advanced Armament Corp. and all the other companies under the Freedom Group umbrella. We were able to attend this seminar and receive a sneak peek at new firearms, ammunition and accessories that will soon be introduced from these well known companies as well as Marlin, Harrington & Richardson, Dakota Arms, Barnes Bullets and Mountain Khakis. 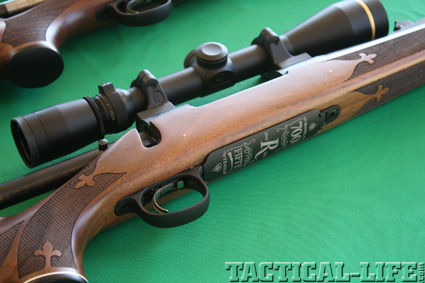 Remington
The big news from Remington is that 2012 marks the 50th anniversary of the famed Remington 700 rifle. In commemoration, a limited number of special edition Model 700 BDL rifles in 7mm Remington Magnum will be produced in as close as possible configuration to the original. These exclusive rifles will feature high-grade walnut and original pattern checkering with a blue carbon steel 24-inch barrel and a specially engraved hinged floorplate. A stainless steel version with a fluted barrel will also be available.

For those seeking a more tactical configuration, Remington is also producing a Model 700 SPS Tactical Blackhawk-edition rifle with a recoil-reducing, six-position collapsible stock, a 20-inch heavy-contour barrel and rubberized grip panel inserts. This rifle will be available in .223 and .308 in keeping with its tactical application. 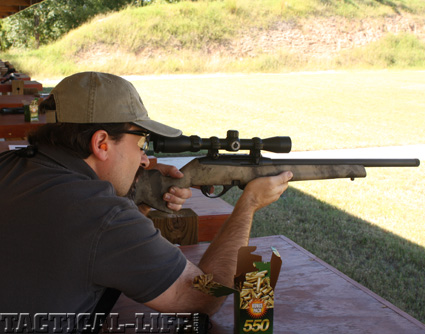 Rimfire shooters will not feel excluded in the new product category either, as Remington is introducing a new Model 597 heavy-barrel semi-auto .22 LR with a threaded barrel for attaching suppressors or other muzzle devices. The rifle will also include a 1-inch Weaver-style rail for optics. 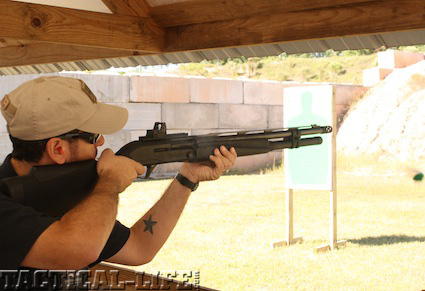 In the shotgun category, Remington has already introduced their Versa Max shotgun to well-deserved critical acclaim. This semi-auto design reliably feeds 2¾-inch shells, as well as 3- and 3.5-inch shells, while significantly reducing recoil and improving ease of maintenance. 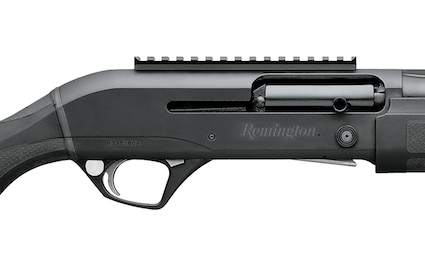 New for 2012 will be a Tactical model with a 22-inch barrel, extended eight-shot magazine tube, Picatinny receiver for optics and an oversized bolt release button and bolt handle. 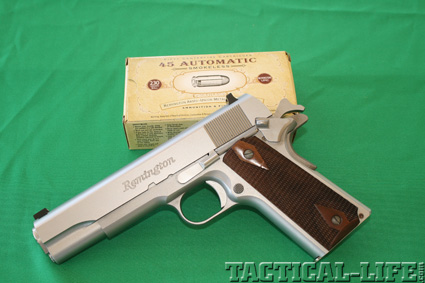 Remington also has a long history with the 1911 pistol and had previously introduced their R1, a reproduction of their WWII-produced .45 ACP 1911. They now offer a stainless steel version and the R1 Enhanced competition/tactical model with many advanced features. 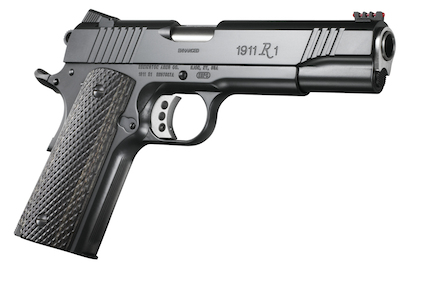 The R1 Enhanced features an adjustable rear sight and fiber optic front sight, front and rear slide serrations, beavertail grip safety with a checkered memory pad and a match-grade barrel among other improvements. Limited and Centennial commemorative models will also be available for this famed pistol’s 100th anniversary. 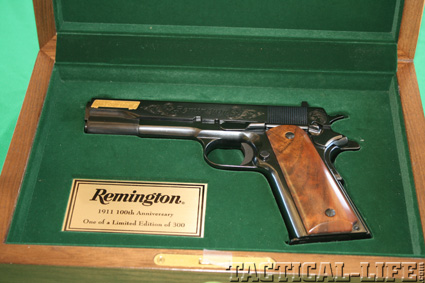 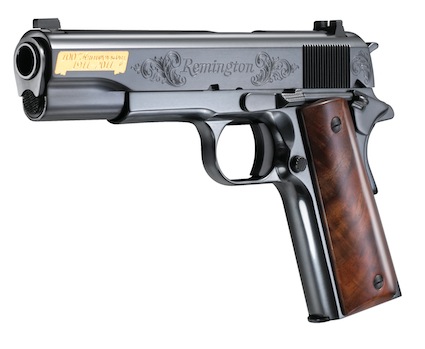 Click over to page 2 for new offerings from Bushmaster…

Bushmaster
For those living in more restrictive states, Bushmaster is offering 18 state-complaint models, including what it is calling the Bullet Button model for compliance in California. Now residents of that state will be able to posses a Bushmaster rifle with all the standard features thanks to this device that prevents magazine removal without the use of a punch or a dummy round. Finally, Bushmaster is also offering the BA50 .50 BMG caliber semi-auto rifle with a 30-inch free-floated barrel, Magpul stock and recoil-reducing muzzle brake.

Bushmaster Firearms will continue production of its innovative ACR (Adaptive Combat Rifle) with a full line of 10 models, as well as short-barreled versions and a 6.8 SPC caliber conversion. Standard AR-style carbines and rifles will also see increased production and new options and models introduced in 2012. A new lower-priced Carbon-15 Bushmaster rifle, which features a carbon fiber upper and lower receiver for reduced weight, will now come standard with a red-dot optic pre-mounted.

Click over to page 3 for new offerings from DPMS… 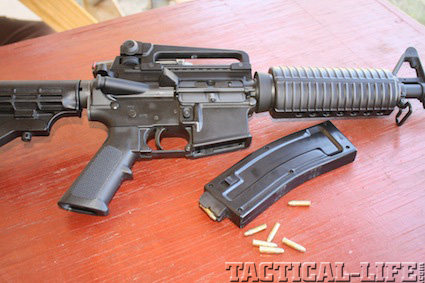 DPMS
For training purposes, as well as enjoyment and sport shooting, DPMS is offering two styles of dedicated, complete .22 LR upper receivers made to mil-spec from forged 7075 aluminum. This will allow the use of all AR accessories and fully functional AR controls. A new line of entry-level-priced basic issue optics is also being introduced for consumers seeking quality optics at a lower cost.

DPMS Panther Arms continues to produce new and innovative AR rifles and 2012 will prove no exception. Their Tac-2 rifle is a carbine with a rifle-length gas tube and modular rail system and handguard.

This is a serious rifle with MOE furniture and sights, Panther flash suppressor and 4150 chrome-lined lightweight barrel. DPMS is also introducing a line of lightweight long-range precision rifles in .223 and .308, including their new LITE LR-308 with a carbon fiber free-float tube and 24-inch stainless steel fluted barrel.

Click over to page 4 for new ammunition offerings from Remington… 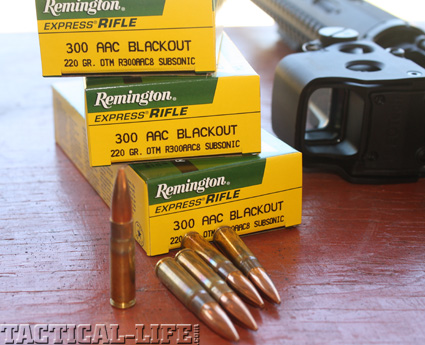 Ammunition
Remington ammunition has greatly increased the reliability of their rimfire offerings that reduce the incidences of misfires or malfunctions to industry-record lows. 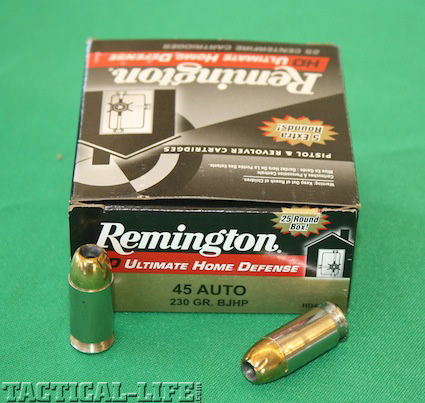 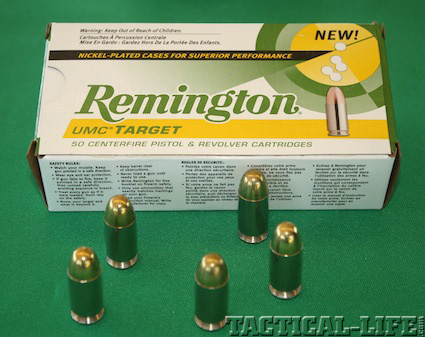 In pistol ammunition, the company has a new line of range/target ammo with improved features for better reliability and a new, distinct look with nickel-plated cases and brass-plated bullets. 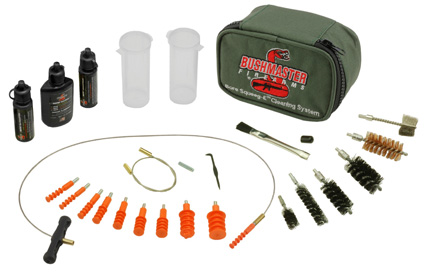 In addition to a full line of accessory products, two new offerings are particularly notable. The first is Bushmaster’s Bore Squeeg-E Universal Cleaning System, which contains small multi-use samples of bore cleaner, rinse and lube as well as extra liquid vials, rifle- and pistol-length pull-through cables, and chamber brushes and bore brushes in the most common rifle/pistol/shotgun calibers. The most unique item however is Bushmaster’s Bore Squeeg-E, a circular rubber tool that completely eliminates the need for cloth patches. The Squeeg-E effectively removes all fouling, grime, dirt, debris and solvents from the bore with a single pull through. The entire kit comes packed in a small zippered bag for easy range bag use.

Remington’s Targetmaster 2.0 Cleaning Universal System is a complete firearm maintenance kit with everything one would need to clean most rifles, shotguns or pistols. The kit comes packed in an aluminum case and is designed for home or shop use. It includes a suction cup base stand for long guns as well bore solvent and oil.