by Tactical-Life.com
in Exclusives, Military & Police
0

The kit contains not one, but two, “Operation: Neptune’s Spear” stealth helicopters, presumably so model builders can assemble dioramas that depict the mission, just as it occurred, or at least just as it’s been described. 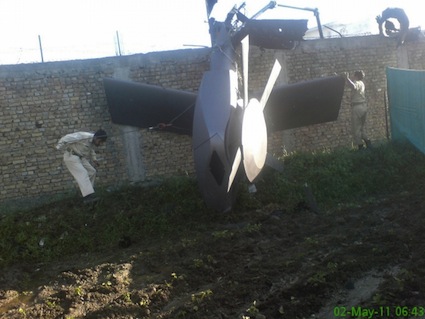 The kit’s box art shows one of the modified Special Operations Black Hawks in flight at night over the Al Qaeda leader’s compound in Abbottabad, Pakistan, and the rendering is probably as good as any representation of the helicopter the public is likely to see in the foreseeable future. Of interest, the twin kit is 1/144th scale, with just 48 parts for both rotorcraft—small enough not to provide too much detail, since the designers have little to go on. The stealthy Black Hawk models are already available on the internet from overseas distributors for about $16. Dragon is planning U.S. distribution for the new kit, presumably in the same price range, in July. It’s a sure bet that dioramas representing SEAL Team Six’s daring raid will soon be featured at model exhibits and competitions, even though it’s still anybody’s guess what the helicopters really look like.

Make sure you check out the upcoming September issue of Tactical Weapons, where we have an in-depth report on the stealth MH-60 Black Hawk used to take down Bin Laden.