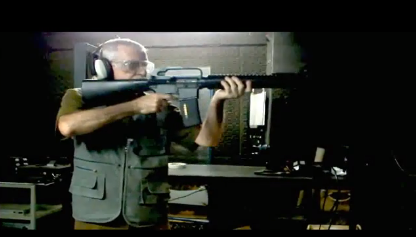 Brazil’s Forjas Taurus is, of course, well known for its wide range of revolvers and pistols, plus a number of submachine gun and carbine designs. In 2009, however, the company officially announced that it was going to enter the 5.56x45mm military/LE rifle market, and the manner to do that would be in the shape of a cooperation program with Israeli Weapons Industry for the local license production of the Tavor TAR-21 bullpup rifle. Somehow, however, the agreement did not materialize in the months that followed, and the Brazilians decided to go on their own.

By mid-2010, the Taurus engineers were refining the company’s first in-house submachine gun project, the SMT9/SMT40, and at the same time, were using the basic platform to allow it to become a 5.56x45mm semi-auto carbine or a selective-fire assault rifle. In 2011, the CT556 carbine and the ART556 rifle were gradually refined. In 2012, Taurus top management decided to follow a parallel rifle development path, this time, using an AR-15/M4 platform. In the end of that year, Tactical Weapons was kindly allowed to examine and fire two early prototypes entirely made at the company’s facilities in Porto Alegre, with the condition that it would be a “for-your-eyes-only affair”. Now, however, Taurus has officially announced that the program exists and that the official Brazilian Army certification program is about to be successfully completed. The indigenous CT556 program is believed to have not stopped, though, and it remains to be seen what lies ahead in the future.

Stay tuned to www.tactical-life.com for the latest updates! 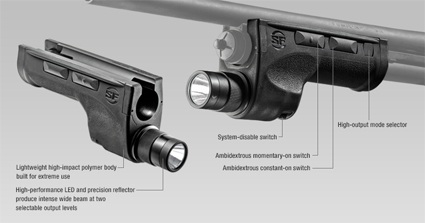 Brazil’s Forjas Taurus is, of course, well known for its wide range of revolvers…