During the course of my duties as both a police lieutenant and a consultant the question is often  asked “what is the difference between an officer using deadly force and a civilian doing the same thing”.   There are many simple answers however the differences are not simple in reality.   Using the KISS concept during the application of deadly force may be prudent, using it in the decision making process or the aftermath is not.  What occurs after the bullets fly varies considerably from state to state.  That is true of the use of force in the police world as well as the civilian world.  In both cases humans determine what occurs after the shooting and as long as humans are involved consistency is a concept not often manifested in reality.

The variables that apply depending on where you reside make it critical that significant thought goes into carrying a firearm for self defense and ultimately whether you use it or not.   For years we have been telling police recruits that you must consider whether you can and will use deadly force BEFORE you enter police work.  It is not a decision you make “on the fly”.  Failing to use deadly force when needed can be as lethal as its actual use.  There is no difference for those carrying a gun without a badge.  In fact, it is significantly more critical you do all the groundwork before the decision to carry as you do not share the protection of working under the color of law.  It is not generally the clear cut “it was either him or me” cases that are an issue.  As is always the case in the law it is the “grey” areas that cause the most complications.  Simply saying “I will have no problem shooting someone trying to kill me or my family” does not cut it.    If you were to truly limit your actual use of  a weapon to ONLY those situations problems should be few.  In truth those situations occur infrequently, and when they do the decision making process is clear.  It is those situations where the force was used “in self defense” , and was not  clear that place you in jeopardy of arrest or imprisonment.   In the heat of the moment it is not as easy to keep it simple as one thinks.

A recent example is a shooting that occurred just a few weeks ago in the Salt Lake Area.  Two homeowners association members decided to patrol the area at night to try and slow down or stop some recent vehicle burglaries.  There is no indication at this time this patrol was sanctioned or sponsored or even known to exist by the local police.  One of the parties was a concealed carry holder.  During the course of patrol they stopped some teenage girls and questioned them.  The girls told their father who “allegedly” took a gun with him and confronted the patrollers.  His state of mind is still in question, but it is certainly not clear cut.  It appears as if he  grabbed his gun and went looking for the person who had stopped his daughter. Words were exchanged and the situation deteriorated to the extent that the father shot and seriously injured the citizen patroller.   This case is in the works so all the details have yet to be released, but it is an example of how situations that are not as clear cut can cause problems.  At this time the father is charged with attempted murder.   It brings to question one of the concepts very popular in the concealed carry verbiage.  It is the “duty to retreat”, and it is often misunderstood. It is one of the clear differences between a police officers use of deadly force and those who are not sworn.  In short, officers are expected to protect those they serve and move towards the gunfire.  Those not operating under the color of law do not share that expectation.  For some the moral obligation may be the same, but the aftermath for each may be different regardless of the morality of the actions.

This term was really brought to the fore when states began to assert the “stand your ground” concept.  This is a concept that was articulated best in Beard v. U.S. (1895).  Where a man who was “where he had the right to be” when he came under attack and “…did not provoke the assault, and had at the time reasonable grounds to believe, and in good faith believed, that the deceased intended to take his life, or do him great bodily harm…was not obliged to retreat, nor to consider whether he could safely retreat, but was entitled to stand his ground.” It has been around a long time and is often manifested in case law if not specifically codified.  How your state adheres to this doctrine or has a statute is part of that study you need to do. Several states have codified the lack of any need to “retreat” and the stated right to “stand your ground”.  Others simply follow Beard v US or similar case law and there is no code.  Some restrict this concept to homes and domiciles. Others may strictly require every effort have been made to run from the fight and failure to do so may result in prosecution. Knowing which one of these your state falls into is critical!

There are really two problems here.  The first being the differences that occur even county wide.  That is another critical reason to do your research and why clear answers are often missing.   How a deadly force encounter is handled can vary within the same state.  It depends on who is doing the prosecution.  In those states with large urban environments the same case may be handled differently than a smaller rural jurisdiction.  To further compound that issue it can change with prosecutors.  In the Salt Lake Valley alone there are three major counties.  All of them handle certain cases differently.  A case that is prosecuted with great fervor in one may not even be considered in another.  A recent case in Texas where a neighbor rushed to defend his neighbors property is a striking example.  Based on laws in that state he was not ultimately charged after shooting the burglars.  Given the exact same set of circumstances in differing states the outcome could have been vastly different.  Those differences can complicate the issue, but ultimately are simply a process of our government.  It really becomes a states rights issue, which is a whole other argument, but the reality is how these things are handled is not clear cut and you need to do your research in your area. It is great to talk about being the test case, but doing so while in prison awaiting trial  is probably not the best plan.

The second major problem here is the very use of the term “duty to retreat”.  The term “obligation to avoid” I believe is more descriptive and appropriate.  Others have used different terms with similar meanings. When one is confronted by a threat and backed into a corner the use of deadly force “if warranted” is generally clear and falls into that concept of standing your ground depending on your state.  Running from a gunfight generally just gets you shot in the back.  In the cases I have seen over the years it is the ones where someone goes to the threat that most often result in criminal charges.  It is not so much “did I run” from the fight, but “did I go looking for it”.  In the example I provided there was a deliberate action taken to confront someone, and there is no obvious indication anyone’s life is in danger.  There are a ton of “what ifs” but clearly had an officer been called to confront the citizen patrollers the father in question would not be suffering a life altering event.  It is similar actions that push the use of deadly force into that grey area.  Carrying a firearm for self defense is different than doing so and placing yourself in situations where you can use it. I would caution anyone who is not working under the color of law to look for trouble while armed.  Often a police officer had no choice, that is not the case as a general rule for the armed civilian. The best course of action is to take the steps necessary to avoid the need for deadly force and only use it when given little or no choice.  That is primarily what the courts are looking to do and the reason for the doctrine.  The simple question is “did you do all you could to avoid the use of deadly  force given the situation”.  It is not so much about “retreating” as it is about not looking for trouble and avoiding if you can.  As a general rule those that look for trouble tend to find it.
Conclusion

This is often a controversial subject and I am sure I will spur some with this article.  But let me leave you with this thought.  Doing everything you can to avoid a deadly force confrontation does not mean you must fail to protect those around you. Unfortunately rhetoric like that is used by those who are looking to forward a political agenda.  Simply exercising good judgment does not preclude you from protecting yourself, your family, or anyone else from deadly harm.  The Trolley Square incident here in Salt Lake is a good example.  There was certainly no “obligation” on the part of armed civilians to stop this murder.  However, had one done so I seriously doubt any ramifications would have occurred.   The same can be said for similar incidents.  Taking aggressive action to end a murderers killing spree is not “looking for trouble”.   It is one of the reasons I am such a strong proponent of concealed carry.  A well trained, armed public is a polite public.  However, stopping someone from murdering those around  you is different than chasing the robbery suspect or car thief down the street and shooting them.  Most states do not sanction deadly force in the defense of property, and once the threat of harm is passed it is prudent to wait for law enforcement not chase the suspect.  That may not sit well with some, but it is the smartest thing in my opinion by far.  Using deadly force when absolutely necessary has enough ramifications; it is best to avoid it unless you have to.

Defending oneself from those who would do you harm is what makes America the great country it is.   That being said, the line between defending ones life and taking action to cause another’s death can be a fine one. That being the case it is critical that anyone choosing to arm themselves know as much as they can about the ramifications of using that weapon before they bring it to the equation.  When it comes to deadly force the more you know the better off you are.  Ignorance is not bliss here, so do your homework! 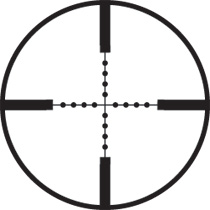