by Donald J. Mihalek
in Exclusives
0

For over 135 years, the New York City Fire Department (FDNY) and its quietly held Marine Unit have kept New York City residents safe. The FDNY has always been well known for its firefighting abilities, skills and bravery.

On September 11, 2001, when 343 members of the FDNY died as a result of a terrorist attack while attempting to rescue people trapped in the World Trade Center, the FDNY’s mission changed. Terrorism plots involving chemical and biological attacks, crippling infrastructure and attacking “soft targets” had to be countered, and for their part, the FDNY responded. The fire department developed an asymmetrical approach to combat a variety of threats, making it a force multiplier for New York City and the region. One of the assets the FDNY brought to the forefront was its Marine Unit.

The Marine Unit was formed to fight the large pier fires that occurred during the later 19th and early 20th centuries. Prior to fireboats, the FDNY Marine Unit would move a horse-drawn fire cart onto a barge or other boat and float to the fire. 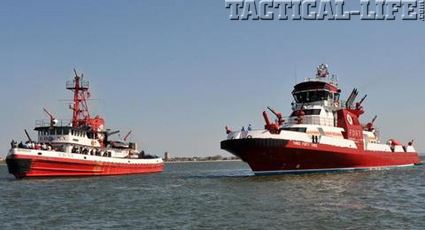 Now spread out over the five boroughs, the FDNY Marine Unit had gone from one firefighting unit to a high-tech force capable of responding to any incident that didn’t necessitate the use of ammunition. With an over $54 million grant from the DHS, the FDNY developed a state-of-the-art Marine Unit that is arguably the most capable and diverse resource in today’s public-safety arena. The FDNY thought through and incorporated a myriad of contingencies to ensure that its new fleet could handle whatever it may need to face today and 20 years down the road.

The namesake remembers the sacrifices of the 343 members that gave all on 9/11—this new vessel replaced the 56-year-old John D. McKean. During its arrival, The Three Forty Three paused by the World Trade Center site, to drop a wreath in the water in honor of those fallen firefighters. The new 140-foot, 500-ton, $27 million boat is the world’s largest fireboat, with a maximum speed of 18 knots and the ability to pump 50,000 gallons of water per minute and carry 3,200 gallons of firefighting foam. The Three Forty Three has been designed to mil-spec and is one of the first public-safety vessels built to the same standards as U.S. Navy and Coast Guard warships. The vessel is able to detect and protect firefighters from chemical, biological, radiological and nuclear agents and contains a pressurized area that filters the air supply by using special charcoal and high-efficiency particulate air (HEPA) filters. This allows its crew members to continue operating in hostile environments. Decontamination and first aid can be handled aboard the ship as well, by means of a de-con shower area that leads to a triage and first-aid station. The entire vessel is set up to handle a mass-casualty situation. 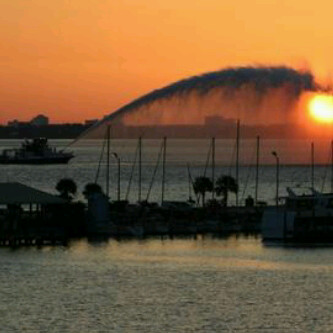 The Three Forty Three forward-ballast tank can lower the boat into the water, to match its deck with larger ferries that operate in New York City waters. The pilothouse allows a 360-degree view of the vessel’s operations area encased in blast-resistant glass. The bridge is equipped with a command-and-control area, where the ship’s officers can monitor and direct operations with the aid of remote cameras and state-of-the-art communication equipment. The Three Forty Three’s original design is from naval architectural firm Robert Allan Ltd. of Vancouver, British Columbia, and was constructed by Eastern Shipbuilding Group of Panama City, Florida. The name Three Forty Three on the ship was carved from a recovered World Trade Center beam. 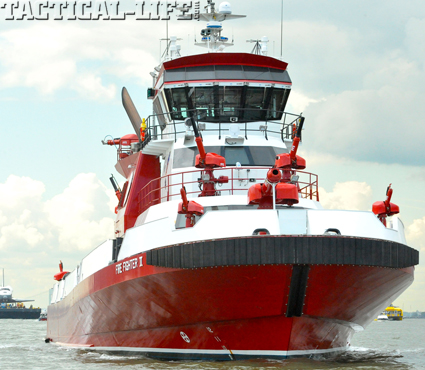 The sister ship of the Three Forty Three is the Fire Fighter II, which shares many of features: the Fire Fighter II can pump 50,000 gallons of water per minute and detect and protect firefighters from chemical, biological, radiological and nuclear agents; was built to mil-spec; contains a pressurized area that filters the air supply using special charcoal and HEPA filters; has a de-con shower area that leads to a triage and first-aid station; and was designed by Robert Allan Ltd. And built by Eastern Shipbuilding Group. Combined, these two vessels can respond and handle a mass-casualty situation that would have before been much more cumbersome and logistically difficult. Note that the Fire Fighter II’s water cannons were built to be able to pump water onto the decks of the George Washington and the Verrazano-Narrows Bridge. The smaller water cannons can also bring raw power to a fire or hazardous scene. 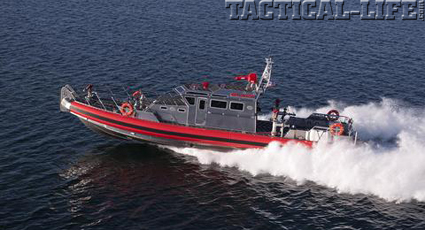 The Bravest is a $2.4 million, jet drive–powered fireboat, custom-built for the FDNY by SAFE Boats International of Seattle, Washington. (SAFE has also built the new U.S. Coast Guard response boats.) At 65 feet, the 80,000-pound vessel has a top speed of more than 50 miles per hour. It can turn and stop on a dime and has maneuvering capabilities that rival most sports cars. The boat can pump more than 7,000 gallons of water per minute and carries 200 gallons of firefighting foam. It is equipped with a Purple-K dry-chemical fire-suppression system for combating fuel-fed fires. Like the other boats, the Bravest has a forward-looking infrared (FLIR) camera and the ability to protect firefighters from chemical, biological, radiological and nuclear agents. The Bravest was also designed to operate safely in shallow waterways around New York City. The Bravest’s nameplate was also created using steel recovered from the World Trade Center. The boat’s name honors all members of the FDNY, past and present.

The FDNY also has an array of 30-foot boats designed to fight small fires, which are also capable of MEDEVAC, dive operations and performing other types of missions in locations the larger boats can’t get to. These smaller boats have the latest equipment and, despite their size, bring an arsenal of support to any public-safety operation. 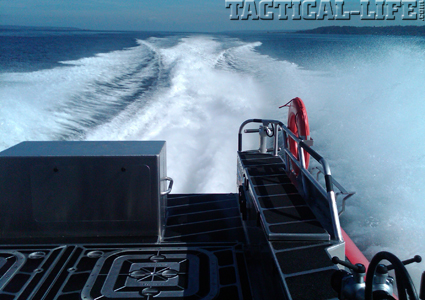 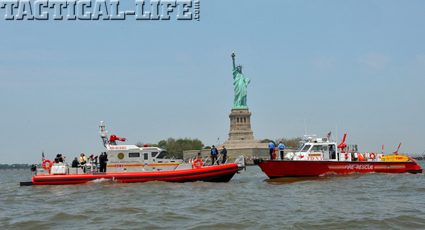 FDNY Marine Operations is responsible for more than 560 miles of coastline. In 2011, with a population of over 8.1 million, the nearly 15,000-person fire department, including its Marine Unit and EMS, responded to 488,017 fire incidents and over 1.2 million medical incidents, with an average 4-minute response time. At that level of operation, the FDNY needs the best tools. And with the FDNY’s cutting-edge vessel acquisitions, New York City residents and the region should feel confident that the Marine Unit is ready to respond.