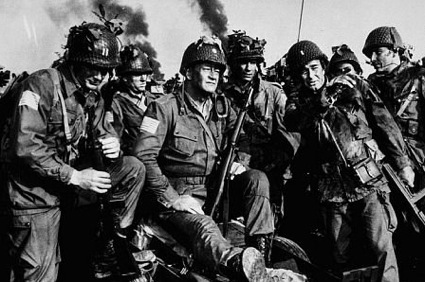 Massive amounts of extras, fantastic sets and effects, and overhead aerial camera shots ranks The Longest Day among the all-time classic war movies. This piece of cinema shows the invasion of Normandy from the Allied as well as the German perspective, and follows a wide range of characters from commanders down to enlisted men. 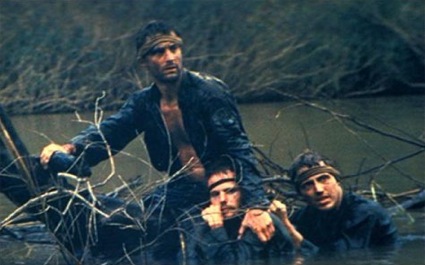 “Put an empty chamber in that gun!” Robert De Niro screams at Christopher Walken, in the famous POW scene where long-time friends and fellow soldiers, Michael (De Niro), Nickey (Walken), and Stevey (John Savage) are forced to play Russian roulette against each other. Although a majority of The Deer Hunter doesn’t follow the characters combat experience in Vietnam, it does explore the deep psychological trauma of combat. Relationships are ruined and lives are negatively changed forever due to haunting events that the young men experienced. 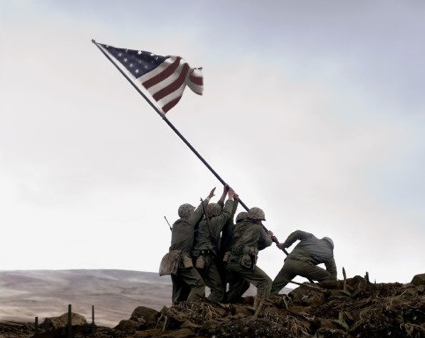 The Pacific Theater, spearheaded by the United States Marine Corps, marked some of the most gruesome battles in World War II. Clint Eastwood’s brutal portrayal of the fight for the island of Iwo Jima, definitely lands it a spot on the list of top war films. Flags of Our Fathers echoes the cinematic style of Saving Private Ryan, with hand held cameras following the Marines through combat, in-your-face shocking violence, and overwhelming sound effects of warfare. 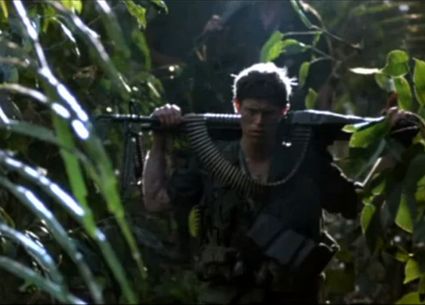 With an all-star cast, Oliver Stone’s, Platoon addresses the issues of a young infantryman, Private Taylor (Charlie Sheen) looking for answers during the war in Vietnam. The range of characters stretches from Tom Berenger, playing the hard-nosed Platoon Sergeant, a young Lieutenant trying to relate to his men, and Charlie Sheen’s caring mentor, Sgt. Elias (Willem Dafoe). Platoon shows the bond and conflict between soldiers, and the methods in which they use to escape the harsh reality of war. 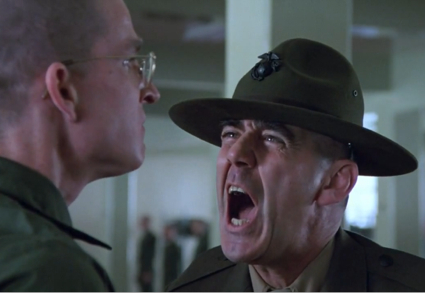 Stanley Kubrick’s Full Metal Jacket has become an iconic and memorable film following Marine Recruits through boot camp then into combat in Vietnam. The Gunny, better known as R. Lee Ermey made his debut in this film as Gunnery Sergeant Hartman, who lived to make his platoon miserable, verbally degrading them and physically pushing them to the limits until “their assholes suck buttermilk.” The one-liners from the harsh Drill Instructor and punchlines have become well-known amongst the grunt community, and serve as good morale boosters when the suck level is at an all time high. 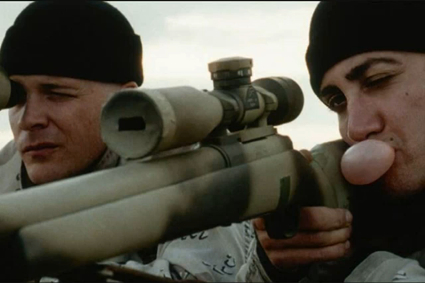 Action-packed awesomeness? Exciting training montages with gripping music? Everything the young Marines wanted from a combat experience? Jarhead definitely does not have any of that, but it does not take away from it ranking amongst the list of top war movies. The very character driven film based on the personal accounts of Anthony Swafford’s time in service as a Marine Scout Sniper accurately shows the boredom, empty time-consuming days, and frustrations of the young men eager to use their training, but being surpassed by new battle tactics. 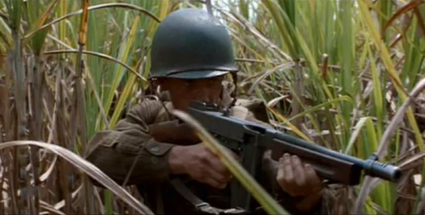 Sticking with the traditional cinema template, The Thin Red Line examines combat from a more psychological perspective. The combination of the score by Hans Zimmer, artful cinematography, ear-piercing sound effects are appropriately used to create a dramatic piece of film that describes the stress and inner turmoil felt by the soldiers fighting the Japanese in Guadacanal. 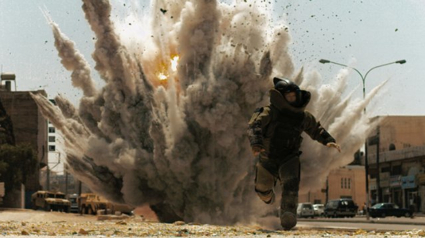 The Academy Award winning film pays homage to the Explosive Ordinance Disposal branch of the military, which has become a significant element to both the Iraq and Afghanistan theaters. If one word could be used to describe the film, it would intense. Improvised Explosive Devices are disarmed in the middle of open streets, where the unidentifiable enemy could attack at any time. The nerve-racking, unsettling moments before a possible attack are drawn out, giving the “I’ve got a bad feeling about this” vibe. In a war filled with confusion as to who and where the enemy is, and split second decisions that could mean life or death, The Hurt Locker accurately captures the anxiety and chaos of Operation Iraqi Freedom. 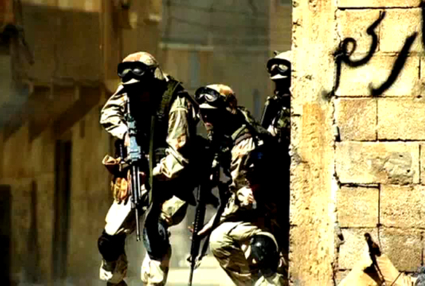 The recent conflicts in Iraq and Afghanistan have brought to the attention of the public the dangers of combat in an urban environment. Although the Somalia engagement in Mogadishu occurred in 1993, it seemed to foreshadow the urban locations where our troops are currently fighting. Taking a page from Steven Spielberg, the hand held camera effect that has been more commonly used in war films within the last 12 years, Black Hawk Down brings the modern battlefield to the audience, using the correct uniforms, lingo, equipment, weapons, and accurately portrayed infantry tactics. 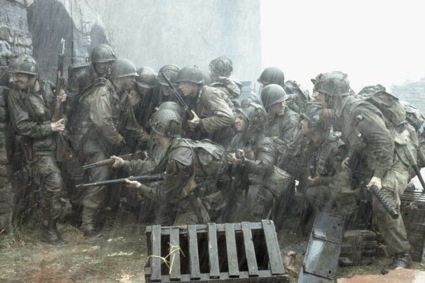 The realistic manner in which the beach landings during D-Day were portrayed changed the face of traditional Hollywood war movies. As opposed to glorifying combat with over dramatic music, unrealistic battle scenarios, and cheesy slow-motion fireball explosions, Spielberg used a much grittier, uglier approach as an honest attempt to show the true horrors of combat. Soldiers move slowly, weighed down by equipment, get killed instantly without a drawn out dying last speech. Sounds of explosions, gunfire, and bullets ricocheting off the surrounding terrain replace an unnecessary musical score. The use of hand-held cameras shaking with the rhythm of battle, combined with dirt and occasional blood hitting the lens creates a feeling that you are really there.

10. The Longest Day (1962) Massive amounts of extras, fantastic sets and effects, and…