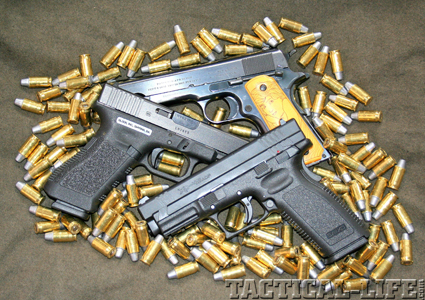 There have always been subjects that not only endear themselves to us all, but actually flourish from generation after generation. Indeed, we can all remember discussions—sometimes heated, sometimes amusing—wherein the participants espouse their views on any number of things.

Perhaps foremost of the list of the topics discussed is which “something” is “the best.” Indeed, there is no limitation to that particular subject and thus more often than not, it enjoys precedence over nearly any other.

And as we all know, in the firearms world, this premise holds especially true. Putting aside for a moment the idea that we all have a right to an opinion, or that having that right doesn’t make one’s opinion legitimate, I think such discussions constitute a healthy dialogue. After all, previously unknown information and/or perspectives often surface.

So, it is in the spirit of healthy dialogue that I attempt to answer a question I’m asked on nearly a daily basis—which .45 ACP pistol is the best? And, as a longtime professional weapons and tactics instructor and writer who has directly trained thousands of students from all walks of life, I should naturally be expected to have a definitive opinion on this subject.

First, though, I think we should define the criteria involved in making such a judgment. In order for a given pistol to be considered as being the “best,” it must obviously exhibit unique, superior or otherwise outstanding characteristics. The most common of these are: (1) accuracy (intrinsic & practical), (2) functional reliability and (3) ease of maintenance.

Intrinsic accuracy is that of which the pistol is capable and can only be examined via a machine rest. Practical accuracy is that which the shooter can produce. In many instances with virtually all firearms, intrinsic accuracy is far better than can produced by even the most skilled operator, even from a manual rest. Which is most important? Practical accuracy, of course. After all, what does it matter if, for example, the pistol is phenomenally accurate, but is so clumsy as to make practical operation and thus useable accuracy, impossible?

Next we have functional reliability, which defines how well the pistol functions. Does it feed properly with typical bullet types and configurations? Will it operate within the usual power spectrum of ammunition currently available in the widest-possible variety of environmental conditions?

Third, within reason, is the pistol easy to maintain? How quickly can it be field-stripped and how easy or difficult is the process by which it’s accomplished. Does it require extraordinary cleaning and/or lubrication or special lubricants to operate reliably?

Clearly, all three of these criteria are critical, and any pistol being considered to the honor of being the best would obviously be superior in all of them. However, there are also many pistols that satisfy these 3 criteria, but in the end fail to earn the coveted title of being the best.

What’s missing? Besides being accurate, reliable and easy to maintain, hat additional criteria must a pistol satisfy in order to be the best?

The fourth criteria is one which escapes all too many shooters and experts alike. Accuracy, reliability and ease of maintenance can all be ascertained with relative ease and are thus almost academic. On the other hand, user-friendliness, or what might also be described as superior ergonomics, is more abstract.

Nonetheless, human beings must be able to quickly and efficiently utilize the pistol and, in a tactical situation, must do so under extreme stress. Thus user-friendliness becomes at least and perhaps more important than any of the weapon’s other characteristic(s).

In order for a pistol’s user-friendliness to be superior, it must balance and point well in the firing hand without conscious thought by the operator. Its controls must be well-located for fast, easy manipulation and it’s sights quickly acquired. And, because fast weapon presentations and shooting sequences are critical to any tactical encounter, its grip must allow instantaneous acquisition index of the firing hand. 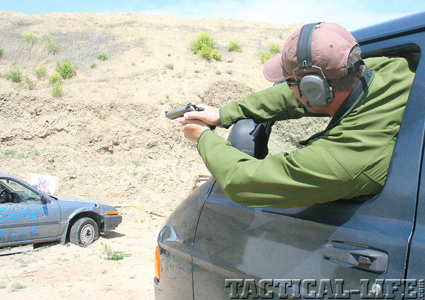 When all of these criteria— accuracy, reliability, ease of maintenance and user-friendliness—are examined, the list of contenders becomes quite short and it becomes easy to see why only a few guns are even considered for the title of being the best.

Best of the Best

Among the pistols chambered for the .45 ACP, over thirty years of observation and experience has shown me that only three meet all four of the criteria we’ve discussed—the M1911, the Glock 21 SF and Springfield Armory XD-45. 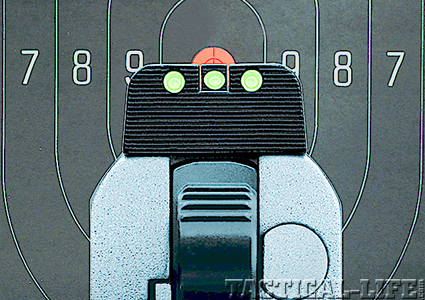 Though the older M1911s came from the box with thumbnail sights that had to be replaced immediately, whether fixed of adjustable, those on all of the newer versions (Kimber, Springfield Armory, et al) are excellent.

Controls such as slide lock levers and magazine release buttons are perfectly located for rapid, foolproof operation under stress. The Springfield Armory XD-45 ACP has ambidextrous magazine release buttons, while the same is available as an optional accessory on the Glock 21 SF. The magazine wells of all three guns are beveled for fast, easy magazine insertion, making both speed and tactical reloading a much less cumbersome task. 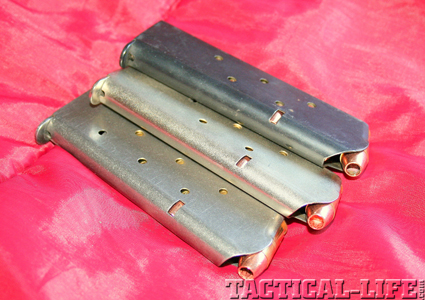 Disassembly of both the Glock and XD can be accomplished in less than five seconds, while the old M1911 requires a little more, say…ten seconds! Since they don’t seem to accumulate a great deal of fouling as they’re being fired, cleaning the Glock and XD are also a simple job that can be completed in as little as five minutes. The M1911, though by no means an especially dirty shooter, take a little longer, with typical cleaning times of around ten to fifteen minutes.

The grip angle and configuration of all three guns are excellent and lend themselves to fast, consistent grip index of the firing hand, an especially important factor is both fast weapon presentations and control during the high-speed shooting sequences so common in tactical encounters.

These days, safeties seem to have become a high-profile issue, perhaps due to excessive concern about civil liability that seem to go with modern times. For three decades, those not “in the know” have opined that the M1911 is somehow unsafe because it’s intended to be carried cocked and locked (Condition One). However, such concerns are pure myth—the M1911 is perfectly safe when so carried.

Having carried one and seen hundreds more being carried and used for over thirty five years, I can attest that there is nothing whatsoever wrong with the M1911’s design—it’s operator’s that are unsafe, not machinery! This notwithstanding, all M1911s have a grip safety as well as a thumb safety, making it as safe as we would ever want a firearm to be.

The XD-45 ACP has a grip safety, ambidextrous thumb safety and loaded chamber and cocking indicators, whereas the Glock 21 SF utilizes a simple trigger blocking safety, in conjunction with the gun actually being only a half-cock until the trigger is pressed all the way to the rear. 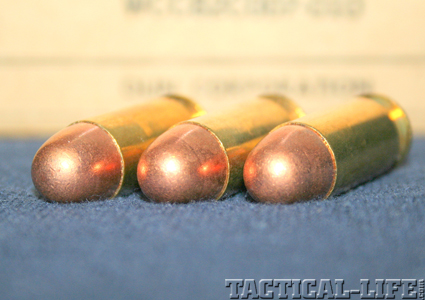 Safety, while naturally a concern for us all, should not be taken out of its proper context. Let’s remember that these are deadly weapons, designed from the get-go to be used in self-defense situations against armed adversaries. To make a firearm so safe that it cannot quickly and easily be made fireable, particularly under stress, would render it useless for its intended purpose. Thus, in a very real sense, it would be exceptionally unsafe in such a configuration!

Feeding reliability is excellent with all three pistols. Within reason, they’ll feed and function with any kind of SWC or JHP bullet, as well as roundnose ammo. Moreover, they’ll operate with any ammo loaded to any kind of reasonable power levels.

An additional boon worth mentioning is that the XD-45 ACP comes from Springfield Armory in a nice fitted box, complete with holster, spare magazine carrier and mag loader, a nice touch, to say the least. And it isn’t unique to the XD, either. All SA M1911s come the same way.

And the winner is…

So, then, which of the three is the best? Tough decision, I think. History shows the M1911 to be a wonderful combination of power, accuracy, mechanical reliability and user-friendliness. Yet, the same can be said of both the Glock 21 SF and XD-45 ACP. All three are superb fighting handguns and well worth betting your life on. I know I certainly would— and have.

History is on the side of the M1911, of course, and history is the acid test of any piece of equipment. On the other hand, both the Glock 21 SF and the XD-45 ACP, though in comparison relatively new, have already made quite a showing in the tactical handgun world. Still, their performance has thus far been far better than their counterparts, making them legitimate contenders for the title of “best .45 ACP”.

Which one would I pick? I honestly don’t know. But I do know this—all three are great pistols and I’d in a heartbeat willingly bet my life on them anytime. Upon reflection, I guess one can’t give a better endorsement than that, eh? 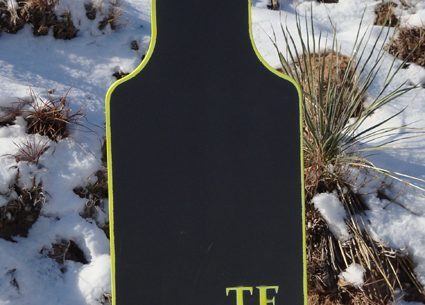 There have always been subjects that not only endear themselves to us all, but…