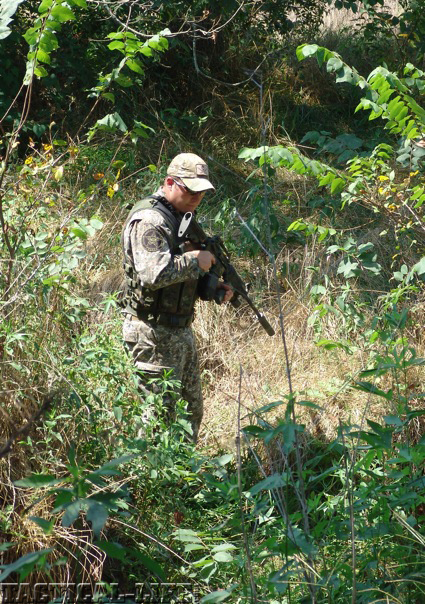 The Oklahoma terrain was a mix of tall grasses, dense brush and barbed wire fences made it hard to move cross country or find signs of the bad guy ahead of us.

The “Lighthorse” name dates back to 1800s when Native American scouts were commissioned to enforce the law in tribal lands after non-native criminals settled there to escape and evade Federal Marshals who had no jurisdiction in the Indian Nation The commissioned Indian lawmen were called Lighthorsemen or simply The Lighthorse, a name that has become the honored name of tribal police all over the country. The sworn officers successfully cleaned up the Tribal lands and were much respected and feared as a result.

While researching an article for the Harris Publication’s GLOCK Annual, I was participating in a “ride along” with Officer Justin Smith of the Chickasaw Lighthorse Police Department (LPD). As with all of the less than thirty officers of the LPD, Officer Smith performs many duties, including being an on-call SWAT operator, and wears many hats. Each Officer is cross deputized with over a dozen other Federal, State and municipal agencies and enforces Federal, State and Tribal laws. The Chickasaw Nation does not have a “reservation”, but owns land in a “checkerboard” pattern all over southern Oklahoma comprising an area of responsibility of almost 8,000 square miles. 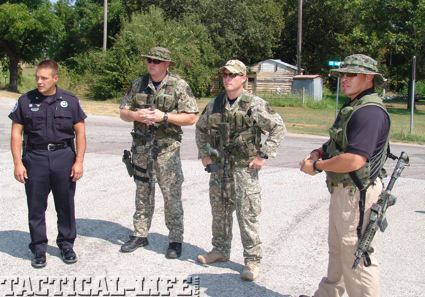 The Chickasaw Nation Lighthorse Police Department led by Jason O’Neal, chief of the Lighthorse Police Department, is comprised of six divisions – patrol, K9, investigations, dispatch, SWAT team and DIVE team to better serve both the citizens of the Chickasaw Nation and provide needed support to the surrounding community law enforcement. Proving this point, almost immediately after we started, the Pontotoc County Sheriff’s office requested the LPD SWAT to respond to help in mantracking a well-known outlaw, known for chronic thievery and narcotics trafficking who had bailed from a car following an attempted traffic stop. The fleeing felon had fled into dense brush but not before ejecting from the car a complete methamphetamine lab that was subsequently recovered by the Sheriff’s office. The outlaw had a history of resisting and evasion, so the officers knew that he would try to avoid capture by any means possible, including violence.

A key to the LPD’s exceptional mantracking capability is the team’s K-9 scent dogs who quickly arrived at the established perimeter along with three SWAT operators and the Commander of the LPD SWAT Team, Assistant Chief George Jesse or Ca’Te who is a full-blood Chickasaw trained in mantracking by the Federal Academy and by his Grandfather.

The team quickly changed from their street patrol clothes into their camouflaged 5.11 tactical gear and pulled out their suppressor equipped M4s as a primary weapon to their GLOCK Model 22 sidearms. Luckily I (as always) was wearing my 5.11 tactical gear and boots, so when I was given the opportunity to join the mantracking team, I grabbed my camera and headed into the rough Oklahoma countryside with LPD SWAT. 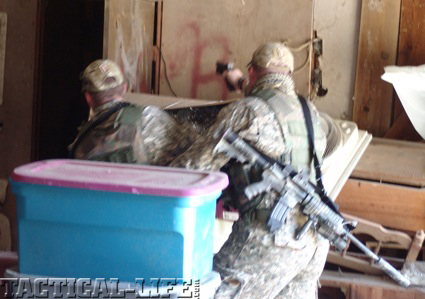 Every potential hiding place like this barn had to be cleared by the SWAT Team. 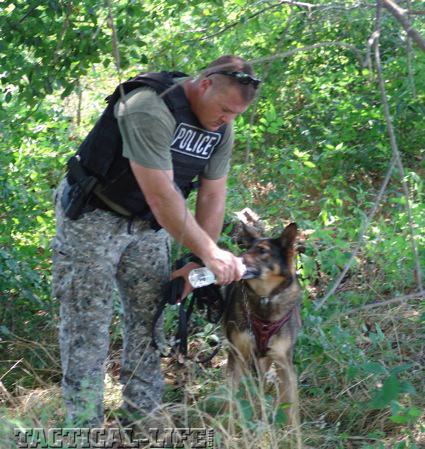 The Oklahoma heat was even worse on the K-9 Officer Lena in the fur coat. We all offered our water to help her keep hydrated.

The area around Ada, Oklahoma was already under a heat advisory warning, so the patrolling through the farm buildings, fields, arroyos and across stream beds put everyone, including the scent dog, Lena at risk for heat exhaustion. The team scouted the terrain and vegetation for signs like broken stalks of grass and the faint toe prints that Ca’Te located on a dry stream bed. We thought we were on the trail of the outlaw, and hopefully we were closing the gap.

The team quietly moved through the country side, crossing fences and finally held up under a towering pecan tree while we communicated with officers who had set up a perimeter and were continuing to follow recent intel as to where the outlaw was. We got word that his reported location, still ahead of us, placed him in an area that had been cordoned off. The team responded and prepared to sweep the area. 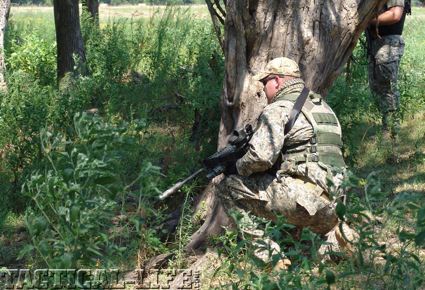 As the team moved closer to the outlaw, the tactical situation necessitated that the team maintain good cover and concealment as much as possible.

The team had to separate into elements to cover the area covered by high grass, ponds and dense thickets. I found myself with Officer Michael Holloway, a recent member of the team as we approached a dense stand of brush. He and I checked out one side of the thicket that required entering the brush to ensure no one was hiding inside. Officer Holloway and I looped around to the back side of the thicket and were discussing the difficulty in seeing beyond just a few feet when Officer Holloway noted something unnatural in the leaves in the thicket. We looked and noted that it was the sole of a shoe! Raising his Weapon, Officer Holloway immediately subdued the Outlaw and had him on his stomach and cuffed in seconds The rest of the team quickly responded as did the officers of several agencies engaged with the search that included the Oklahoma Highway Patrol and the Pontotoc County Sheriff’s office. 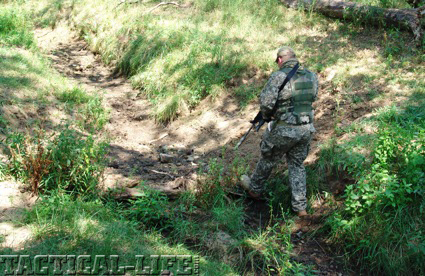 Officer Justin Smith looks for signs of the fleeing criminal in a dry stream bed. All the LPD SWAT members have tracking skills taught by the Federal Academy and members of their own tribe.

What could have been an uneventful day had turned into a very successful mantrack followed by an apprehension of a much wanted felon who later confessed to crimes that had not even been reported yet! The capabilities of the Chickasaw Nation SWAT, who by my own witness, tracked and caught an outlaw miles from where they started, is a real police force multiplier. 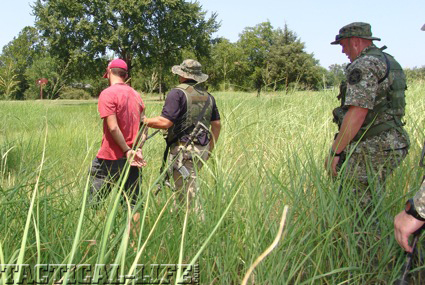 After a successful capture, Ca’Te takes the well-pursued perp out to a nearby road. We were all happy to find some cold water and shade. 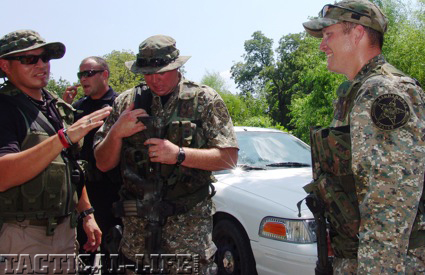 Look for the complete story in the Harris Publication’s GLOCK annual about how the Chickasaw Nation Lighthorse PD SWAT has selected GLOCK to help them continue tradition of protecting their tribe and Oklahomans from criminals on tribal lands that’s been going on for decades. In addition be sure to read about this squad in an up coming issue of Tactical Weapons as an Agency Spotlight. 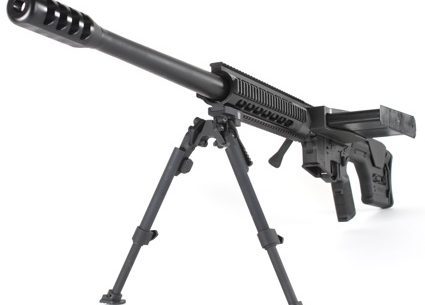 The Oklahoma terrain was a mix of tall grasses, dense brush and barbed wire…