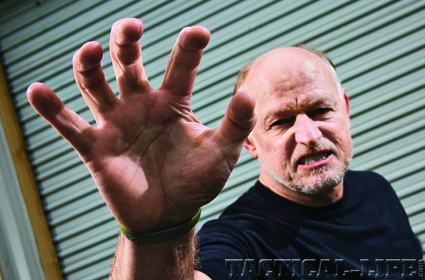 The students, clad in traditional white Karate uniforms with various colored belts executed blocks, kicked and struck in unison, their techniques often culminating in loud, forceful shouts called “kia” in Japanese. As a wide-eyed 12-year-old, having recently seen The Karate Kid, I stared in awe as the students performed choreographed fighting sequences or “kata” against imaginary opponents. I was immediately attracted to the mystique of the traditional Okinawan art of karate. At that moment, I knew that I would devote myself to learning these techniques, which I was certain were just short of magical.

Like many new karate students, I naively assumed that after learning these “secret” fighting techniques, I would be able to defeat opponents twice my size without so much as breaking a sweat. As I progressed through the ranks and attained a clearer understanding of the art, however, I realized there was much more to self-defense than proper execution of a particular technique.

Rigorous sparring sessions proved that neither knowledge nor technical proficiency necessarily translated to fighting prowess. The winner of these mock battles was not usually decided by technique alone. In fact, more often than not, aggressiveness trumped superior technique.

If you’re attacked, you need to flip the switch and tap into your “killer instinct.” No-one wins fights by being defensive.

As a police officer and defensive tactics instructor for the past decade, I’ve seen this theme repeated time and again. During realistic training scenarios, student/officers who completely forget a particular technique often manage to achieve the desired result because they remain focused on the goal.

On the other hand, just because someone knows a technique doesn’t mean they can effectively employ that technique in a fight. Techniques are just a means to an end. If you understand the concept behind a certain technique, you are no longer bound by that technique. If it fails, you can use a different technique to get the job done.

Many traditional martial arts are based on a “block and counter” mentality. In other words, you are expected to re-direct, parry, or smother one or more incoming strikes before launching a counter-attack. The problem with this strategy is that since action beats reaction, you’ll always be a step behind your opponent. Don’t get me wrong—understanding how to protect your head from a flurry of punches is important. That’s why boxers train to cover up and clinch. But to assume the role of “defender” is no way to win a fight.

Nothing says you need to be hit before defending yourself. If you can articulate an imminent threat to your safety, strike first! Doing so better enables you to dictate the outcome of the fight. But be careful, just having a “hunch” that someone may attack you is not legal justification to strike first. And don’t take the bait from someone who taunts you into throwing the first punch. Only when it is clear to you that an assailant intends to immediately assault you, should you consider launching a preemptive strike.

Aggression favors simple gross motor-based techniques, which are characterized by large, full body movements. What these techniques lack in flair they more than make up for in practicality. When your body experiences the physiological effects associated with a life-threatening encounter, your ability to execute fine or complex motor skills will drastically diminish. Regardless of how much you train, there is no changing your body’s natural response to being attacked. That’s why it’s important to tailor your response to account for what will happen naturally during a fight. 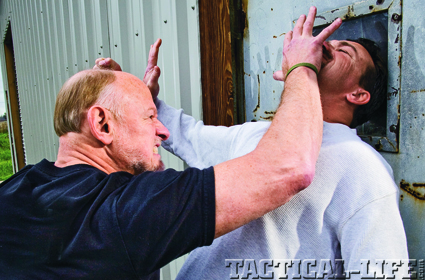 A simple, gross motor-based technique combined with aggression is a winning formula.

When you are suddenly attacked, you’re almost certain to experience what’s referred to as the “fight or flight” response. When this occurs, you will be faster, stronger and more tolerant to pain but less coordinated and less able to see the “big picture,” since your eyes will tend to focus intently on the threat. Techniques based on fine or complex motor skills that may seem easy perform in a controlled training environment become much more difficult to pull off in this adrenalized state.

You don’t need hundreds or even dozens of techniques to protect yourself. You need a handful. Don’t try to memorize prearranged technique sequences. Instead, learn what your body’s natural weapons are and how they can be employed to attack the vulnerable parts of your opponent’s anatomy. To better understand what you’re capable of, hit a heavy bag or do some pad work with a partner. This will teach you which techniques work best from various ranges and how to torque your body to develop striking power. 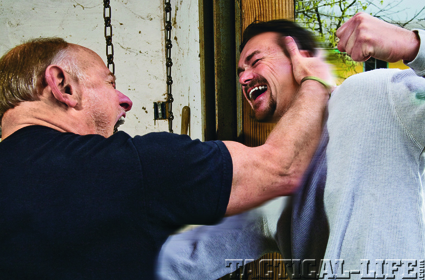 If you can’t learn a particular technique in a day or two, you probably should find a different technique. The traditional approach of learning hundreds of techniques over the course of several years won’t do you much good if you are attacked tomorrow night. Here are a few simple strikes that you should have in your self-defense arsenal:

Palm Strike—Curl your fingers back and strike with the heel of your palm. This is a safer alternative than punching when targeting the assailant’s head. Be sure to rotate your hips into the strike for maximum power.

Elbow Strike—Fold your arm in half and swing it like a club in close quarters. As with the palm strike, the power comes from the hips. When possible, grab the attacker with your off-hand and pull him into the strike.

Knee Strike—Your knee makes an excellent weapon when clinched with an assailant. Pull him toward you as you deliver the strike to add power and maintain your balance. When targeting the body, drive your knee inward. To strike the head, drive upward.

Side Stomp Kick—To deliver the side stomp, get to the outside of your opponent’s body and raise your knee high, then stomp down to the area behind the knee. This will tend to buckle the assailant and give you several follow-up options. 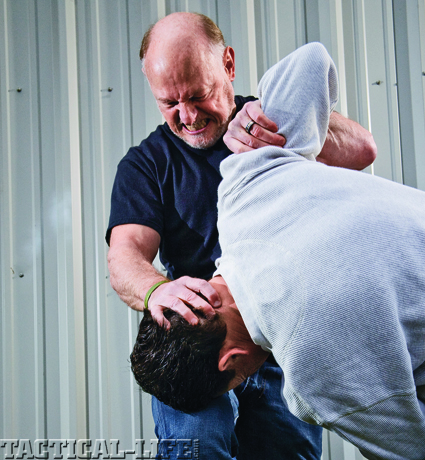 There’s a big difference between being aggressive and losing the ability to think or control yourself because you’re in a rage. If you’re too amped up, you won’t be able to think clearly. Obviously, this could lead to poor decisions like failing to escape when presented with the opportunity or continuing to aggress the attacker even after he no longer poses a threat. Also, when you’re not in control of your emotions, you might not pick up on key factors like a person approaching with a weapon. In order to avoid criminal prosecution and civil liability, aggress only until you’ve stopped the threat or a reasonable opportunity to escape presents itself.

There is a sign at the police department where I work that is prominently posted so patrol vehicles exiting the lot can see it. The sign reads simply, “Never Give Up!” If a technique doesn’t have the desired effect, rather than hesitate, transition to another one. Don’t try to force a specific technique to fit the circumstances. Instead, embrace any technique that enables you to accomplish the task at hand.

Being able to defend yourself from assault is about striking the assailant’s anatomical targets with your personal body weapons until he ceases the attack. Rather than try to memorize hundreds of “advanced” techniques, just remember three words: Never Give Up! These words combined with aggression and a few simple gross motor-based techniques should be more than enough to keep you safe. 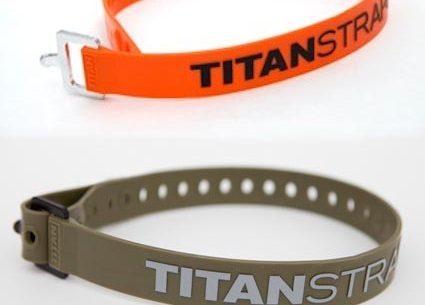