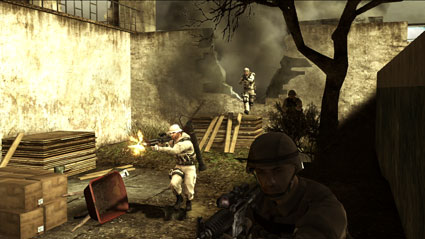 Tactical-Life.com/TACTICAL-WEAPONS was invited to Las Vegas to test & evaluate Sony PS3’s newest third-person shooter game, SOCOM: U.S. Navy Seals Confrontation (see the trailer below). Navy SEALs and the folks from Sony graciously hosted a live-fire event at Desert Lake Shooting Club in Vegas. We were able to evaluate some of the weapons featured in this soon-to-be-released video game and some bad-ass U.S. Navy Seals conducted combat drills and showed us how to “really shoot” (let us share with you that Americans should rest at ease as their targets were ripped up, only in the bulls-eye!) After they pulled us off the range, they let us preview the game, accessories and feel first-hand just how accurate the weapons are in this high-definition modern combat action game.

A big Salute goes out to all the Armed forces deployed overseas and to the troops now at home. Daily occurrences in Iraq and Afghanistan are more than ugly. Our troops need the best equipment possible to secure their missions and bring them home safely. The gaming world is doing their homework to provide simulated situations involving weaponry and tactics. By providing realistic accounts of weapons accuracy, combat procedure and situational elements, gamers are able to get a sense of realism that pays tribute to our country’s true heros: Our soldiers. 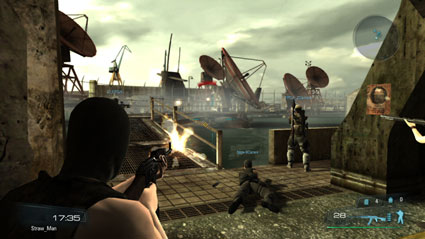 With the power of the PS3, SOCOM: U.S. Navy SEALs Confrontation will deliver the most intense and authentic high-definition, modern combat action. The realism of the game is so accurate that any soldier will be able to attest to the research that went into making the game.

Sony made retired and active-duty Navy SEALS available and they shared with us how they maneuver, how they fire the guns and the terminology used in battle. All of these details are implemented in SOCOM Confrontation. From the weapons, movements and explosions, Sony addressed even the smallest of details of every part of this game.

A major part of creating SOCOM Confrontation is the realism of the weapons. By comparing our live-fire drills to playing the video game and using the same equipment, we (non-military Tactical-life.com staff) quickly found out that selecting the biggest gun (i.e. M60E) should be reconsidered if your mission requires you to move fast. Instead, you should opt for one of the more light-weight, heavy combat firepower options available in the game. 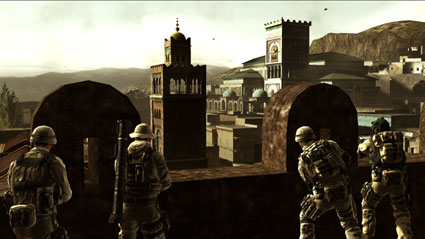 The game also replicates the issues commonly experienced with the infamous terrorist gun- the AK47. Although the gun is durable, it is also known as one of the most inaccurate protectors out there. In the game, the AK47 allows a player to shoot non-stop, but you must stay on target longer due to the gun’s inaccuracy.

All in all, the M4A was our gun of choice on the range and while gaming- it was amazing. It wasn’t too heavy, it’s durable, and it’s as accurate as you can aim and shoot. The plethora of gear in the fourth installment of SOCOM Confrontation will be like no other game and we will provide Tactical-life.com viewers with more information prior to its release sometime in the Fall. We’ll keep you in-the-know and check out http://socom.us.playstation.com