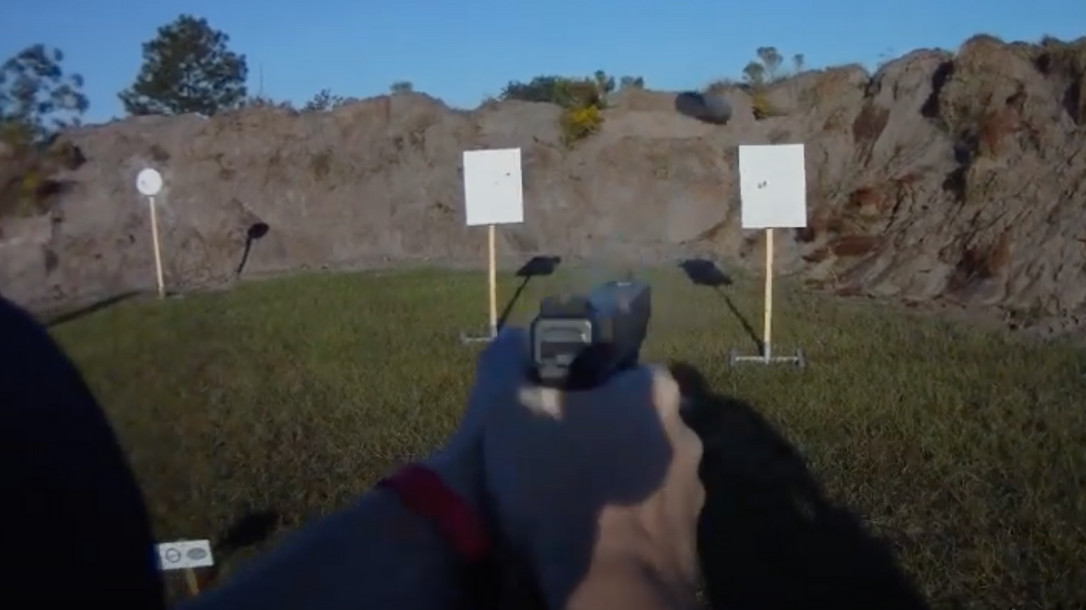 The Biggest Story of the 2022 Steel Challenge

We’ll lead with what is the biggest story from the weekend: Jessie Harrison is the first woman to ever win the overall Steel Master title at the World Speed Shooting Championships. What’s the Steel Master? I’ll let her explain:

Steel Master is awarded to the best aggregate score for two centerfire and one rimfire divisions. In my opinion, this is one of the hardest titles to earn (aside from the overall title), you’re not only trying to place well in one division but three. I’ve watched legendary shooters win this cup over the 17 years I’ve been shooting this sport and I’m so honored to have earned it.

For example, here’s some of the names that have claimed that title in the past: BJ Norris, Dave Sevigny, Max Michel, KC Eusebio, and other names that anyone who follows the shooting sports would recognize. Jessie took the title by 3 seconds ahead of Grandmaster shooter Michael Poggie, and also made history by taking down that win.

While Jessie winning the Steel Master title at the 2022 Steel Challenge is the biggest story, it’s not the only story of note. This was a significant match for a number of reasons, and one of those was marking the return of past champion BJ Norris to the match. BJ had taken a 2+ year hiatus from Steel Challenge, and in fact hasn’t been that active in the shooting sports. This wasn’t without good reason, as BJ joined the Border Patrol where he serves as a full time agent.

Returning to Steel Challenge representing the Customs and Border Protection shooting team, BJ shot the match in 83 seconds, cruising to a win in Limited division. But was he shooting some high speed race gun? No. He shot the match using his issued Glock 47, the Border Patrol only Glock model.

Additionally,​ an admittedly more niche story from the 2022 Steel Challenge comes from Open Revolver division. In the history of the sport of Steel Challenge, only two revolver shooters have ever shot the match under 100 seconds total time. One of those two shooters is named Jerry Miculek. The other one is Michael Poggie, who also might be the best revolver shooter walking the planet right now.

A​t this year’s Steel Challenge, that rarefied company now has a 3rd member: Kolby Pavlock. Kolby’s total time for the match was a blazing fast 97.59, including, for example, a scorching 12.34 on The Pendulum, one of the match’s hardest stages. However, it wasn’t fast enough to beat Poggie, who won with an impressive 94.

H​ere’s a quick look through all the winners from the rest of the match. We’ll roll PCC and the Rimfire Rifle and Pistol categories into one each, for the sake of brevity.

Also a special shout-out to LT Marc Santos of the US Navy Marksmanship Team, who brought home 1st B-class in Open, Rimfire Open, and Single Stack thus earning the title: King of the Navy. We might have made that title up.