0
SHARES
0
VIEWS
Share on FacebookShare on Twitter
True to form, Democratic leaders marshaled through an extensive gun control measure recently with the passage of H.R. 8. Moreover, the bill is dubbed the Bipartisan Background Checks Act of 2019. Additionally, it attempts to portray both parties are lock-step in this initiative. However, in a vote that passed 240-190, only eight Republicans actually crossed party lines. 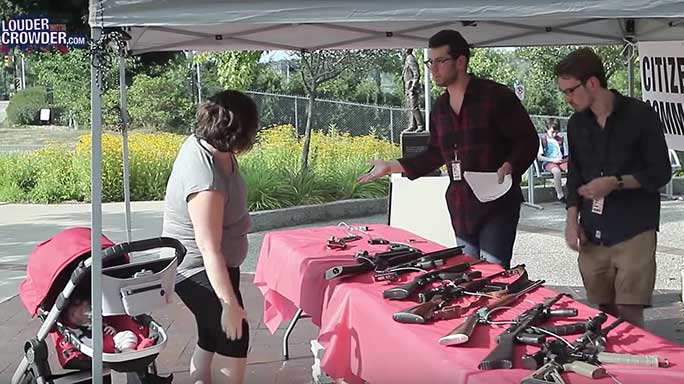 Above all, the bill next heads to the Senate, where it likely will be shot down. Further, President Trump already stated he would veto any such legislation that came across his desk.

“This extreme gun-control bill will make criminals out of law-abiding Americans. It will also make it harder for good people to defend themselves and their families,” said NRA-ILA Executive Director Chris Cox. “Criminals, on the other hand, will continue to get their firearms the way they always have – through the black market, theft, and straw purchases. Forcing more government paperwork and additional fees on good people trying to exercise a constitutional right will do nothing to make Americans safer. On behalf of our members and supporters, the National Rifle Association will continue to fight to preserve the constitutionally protected right to self-defense.”

“Eroding the rights of law-abiding citizens and treating them as criminals is not going to prevent a single violent crime,” said CCRKBA Chairman Alan Gottlieb. “Passing this legislation, which President Donald Trump said he would veto, amounts to little more than a publicity stunt to appease the gun prohibition lobby. It’s all flash and no substance.

“Adding layers of paperwork to the exercise of a constitutionally-protected fundamental right accomplishes nothing,” Gottlieb commented further. “It seems more designed to discourage honest citizens from exercising their rights than preventing a single crime. We will encourage our members and supporters to contact their U.S. Senators about H.R. 8.

“What the House should be doing, if they really care about fighting crime, is passing National Concealed Carry Reciprocity legislation,” Gottlieb said finally. “That legislation would empower law-abiding citizens with the means to defend themselves and their families from dangerous criminals. No matter where they travel across this great country.”

Analysts expect the House to introduce even more restrictive gun control legislation soon. The NRA encourages voters to contact their state representatives. At the end of the day, with Democrats controlling the House, HR 8 is only the beginning. Stay tuned for more information as it develops.