Israeli tactical gear specialists Agilite Systems have just released a new piece of equipment that allows a single soldier or rescue professional to carry an injured person while keeping both hands completely free.

The IPC (Injured Personnel Carrier) came about when soldiers from one of the Israel Defense Forces’ elite units found that by connecting four rifle slings together they could carry injured soldiers like a backpack, instead of the traditional fireman’s carry.

Agilite turned the concept into a product, incorporated built-in padding and several other features and now it’s a more efficient alternative to the fireman’s carry that keeps both hands free and is significantly more comfortable for both the carrier and evacuee. 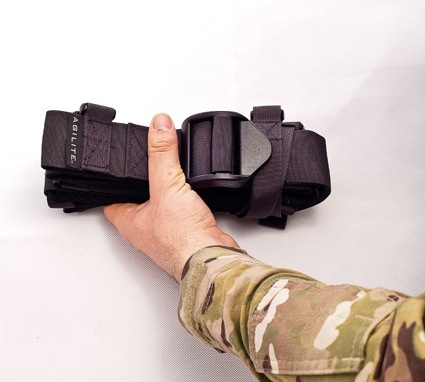 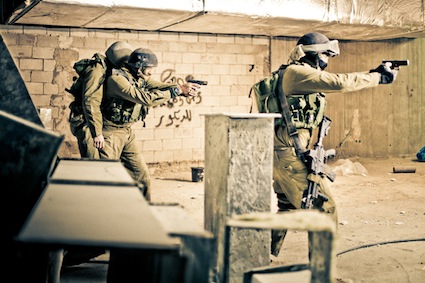 “The IPC gives you full maneuverability, keeping the injured person securely on your back and gives you full use of both your arms and legs.” Whether you’re a soldier carrying a wounded operator out of a firefight or a rescue professional carrying an injured hiker up a steep hillside, the IPC is a must-have item.” Said Setton.
The IPC folds to be just 10″ long and weighs only 0.77lbs. AgiliteGear.com/ipc