Given how often we report on it, it would probably behoove us to just go ahead and create a separate website devoted exclusively to the Modular Handgun System. Until that happens, however, we’re happy bring you all the news here. In the latest development, the U.S. Air Force has confirmed that it plans on buying 130,000 Army MHS pistols. 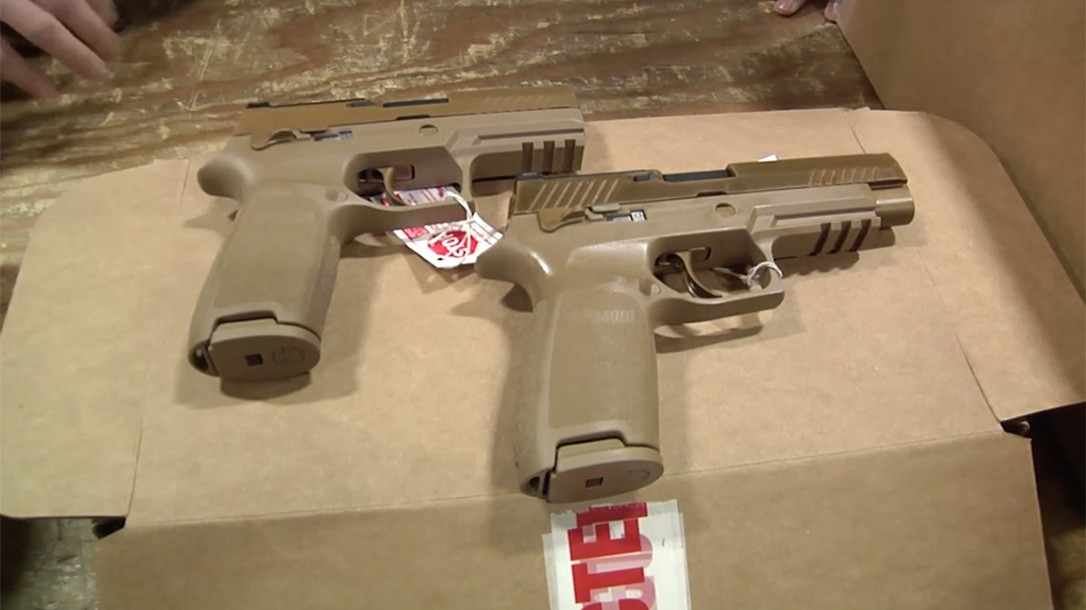 In addition, McAndrews said the USAF is planning on fielding the compact M18 version of the gun.

“As a joint partner in this endeavor, we determined the M18 MHS, the compact version, will best meet the Air Force mission needs, and selected it as the standard handgun for all Air Force users,” McAndrews wrote, adding that “a single model handgun simplifies procurement, sustainment, and reduces support equipment cost while ensuring commonality with other services.”

Last year, the Air Force tested the MHS at Wright-Patterson Air Force Base in Ohio. The test involved attaching the two MHS pistols on either side of a life-size test dummy. The service then strapped the dummy into an ejection seat and simulated a forced cockpit ejection. Check out photos of the test above.

Every military branch has placed an order for the Modular Handgun System. The U.S. Marine Corps’ FY19 budget includes money to buy 35,000 MHS pistols. A sources sought notice posted to FedBizOpps confirmed that the Corps will be going with the compact XM18 gun.

Last week, the U.S. Navy confirmed it would be procuring 60,000 MHS pistols for FY19. Like the Corps, the Navy has opted for the compact M18 pistol.

In January 2017, Sig Sauer was announced as the winner of the Army’s Modular Handgun System competition. Sig was chosen over other heavy hitters like Glock, FN and Beretta. The $580 million contract calls for Sig to produce the full-size M17 and compact M18 9mm striker-fired pistols over a period of 10 years. The Modular Handgun System is based on Sig’s P320. The gun will replace the Beretta M9.

The Army will reportedly purchase 195,000 MHS pistols. Military.com says most of those guns will be in the full-size XM17 version.