VIDEO: Man Answers Door With Gun, Points It at Police, Gets Lit Up

Louisville Metro Police officers shot and killed a man who pointed a gun directly at them during a call recently. Anthony Wayne French met officers at the door, immediately pointing a pistol at officers, prompting the officer response. 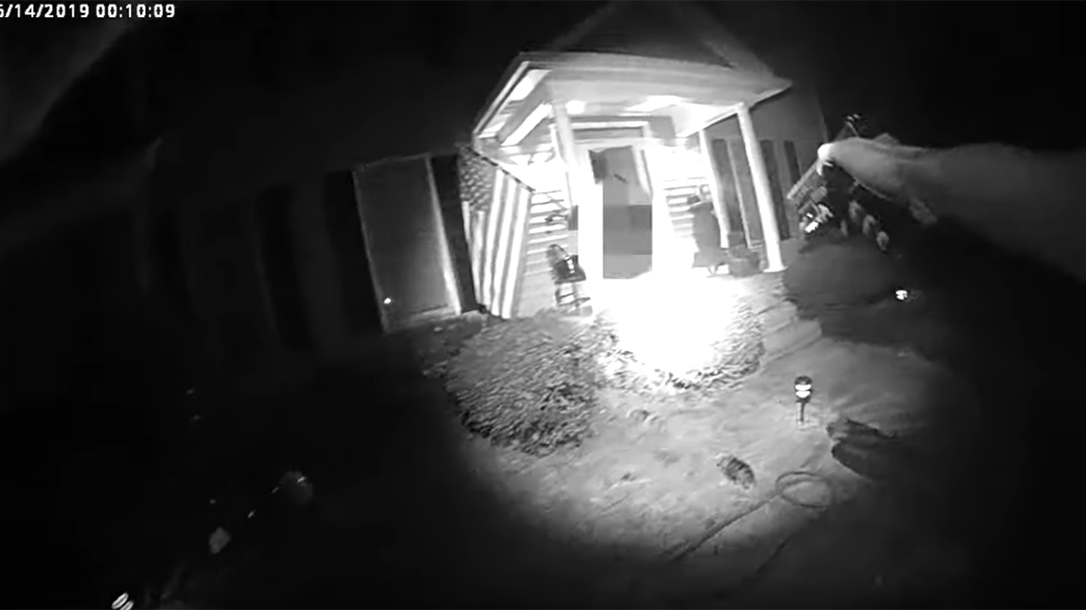 The incident began when officers responded to a call of domestic abuse. Officials said officers heard an altercation when they arrived, before finding French in the doorway armed with a semi-automatic pistol, according to wlky.com.

Recently released officer body cam footage shows the entire deadly scene play out. Immediately upon officers arriving, French steps into the doorway and says “I got a gun.” As the first officer asks him to put it down, French defiantly orders the officers to “Back up,” as he turns the pistol toward them.

That’s when both officers opened fire, sending several rounds into the suspect, dropping him immediately. After shooting French, the officers, Lenert Elzy and Carlyn Alexander, move to clear the remaining portion of the house. Additional responding officers begin rendering first aid to the suspect.

According to officials, French held two adults at gunpoint prior to police arrival on the scene. The victims are French’s ex-wife and an adult son. Both told police the suspect had been drinking and had beaten them. The son said he was glad the officers arrived because he feared French would kill them both, according to wave3.com.

French and his two victims were all transported to a local hospital. The suspect later succumbed to his wounds, while the victims are expected to survive, according to wlky.com.