Appleton Police shot and killed Ruben Houston in Wisconsin recently. As authorities attempted to render medical aid to Houston, the suspect inexplicably drew a concealed handgun and fired, mortally wounding a firefighter. Appleton Police officers responded, shooting Houston, who died later at the hospital from his wounds, according to multiple reports. 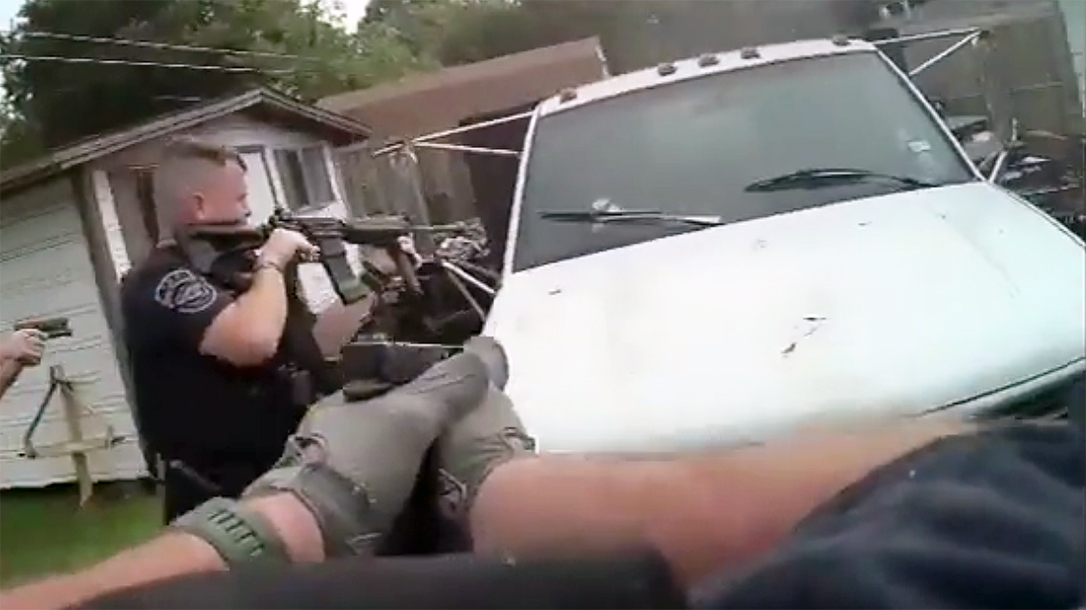 VIDEO: Fort Worth Police Shoot Armed Suspect Who Turned Gun on Self

The incident began when Houston became unresponsive and breathing abnormally while riding a transit bus. A 911 call lead to emergency services arriving on scene. NOTE: the situation escalates dramatically at 26:08, when officers ask if he has any weapons.

“Emergency crews determined Houston was likely suffering from an overdose, and administered Narcan, a drug used to reverse an overdose of opiates,” reported fox11online.com. “The Narcan worked, and when Houston came to, he told rescue crews he had taken four morphine pills earlier in the day.”

With Houston responsive, on his feet and outside the bus, body cam footage shows officers ask to pat the man down to ensure he didn’t have any weapons. That’s when the suspect’s behavior turned erratic again. And in a flash, the man backpedaled  and drew a firearm, firing multiple shots.

The influence of drugs played a major roll in an otherwise routine call by first responders. Instead, a man cost one local hero his life and forced police to put the suspect down.

Firefighter Lundgaard leaves behind a widow and three children. Friends of the Appleton Fire Department setup a GoFundMe page to raise money to support the family. At press time, more than $200,000 has been raised, and you, too, can give HERE.