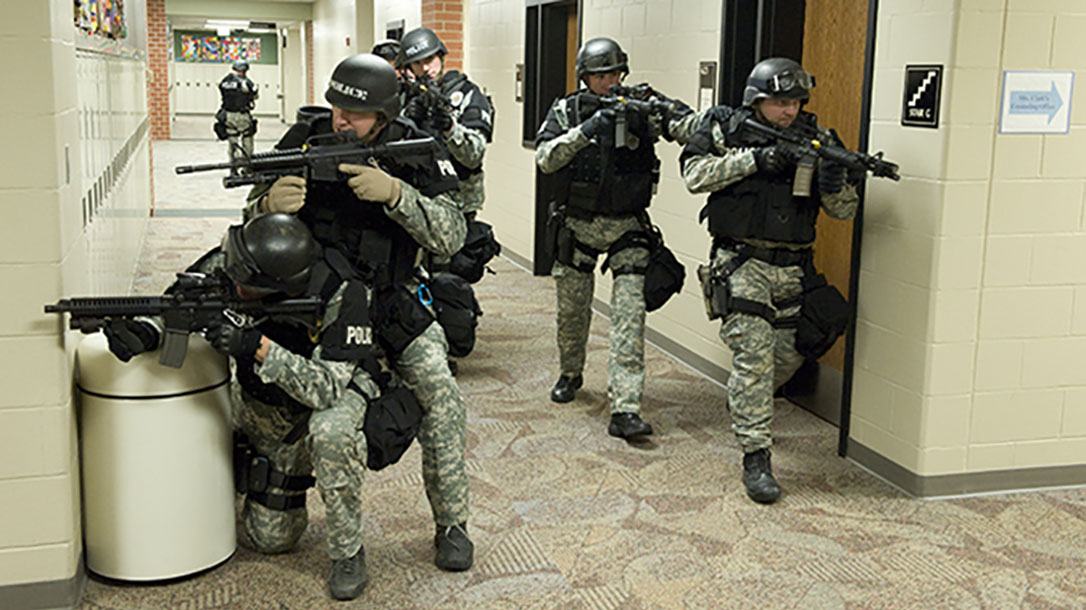 “At this time we have no information indicating that there are other shooters or other threats to the community,” said FBI Special Agent in Charge Matt DeSarno, as reported by fox4news.com.

“I seen the gentleman coming out from the back of McDonald’s shooting at random. It sounded like he had an assault rifle. As I proceeded coming from another block, I started running when I found out pretty much what’s going on. And I tried to warn people and tell them there’s a guy down there shooting,” bystander Harmon Turner told fox4news.com. “When I did look back that’s how I knew he was heavily armed. He had an assault rifle. His face was kinda masked up. And when I seen that I was just in shock. I ran.”

DMN staff photographer @TomFoxPhoto captured this image shortly before a gunman opened fire on the Earle Cabell Federal Building Monday morning in downtown Dallas. Fox was waiting to enter the building to cover a trial when the attack took place. https://t.co/y8fWYYuKjs pic.twitter.com/fE1kFlEy9j

Alan Wyatt said, “I heard what appeared to be three gunshots and I was sitting having coffee, watching TV. I jumped up with my dog and cracked the window open from the fourth floor and I saw the gunman standing at the entrance to the courthouse and he was blowing the front entrance out. There were two guards that popped out of the garage and then he then turned the gun and fired into the garage. I don’t think he hit anybody and then he just kind of took off,” as reported by fox4news.com.

By all accounts, the police response to this active shooter proved both swift and capable. We plan to publish more information as it becomes available.