“We are planning to do a limited release of about 5,000 of the Army variant of the M17 for the commercial market,” Tom Taylor, Sig Sauer’s chief marketing officer and executive vice president for commercial sales, told Military.com. “The timing is not finalized yet, but it looks to be late spring.”

Taylor said each commercial M17 pistol would be virtually identical to the Army MHS, except it won’t have the anti-tamper mechanism for the striker action, and it won’t come with the special coatings found on some of the internal parts which help the gun keep its lubricity in tough conditions. In addition, users will have the option of buying the gun with or without the thumb safety. The Army model comes standard with a thumb safety mounted on the frame.

Reports say each serialized civilian M17 sold comes with a serialized matching coin. It will also include a letter of authenticity from Sig CEO Ron Cohen.

This is a limited run because “we just wanted to make it really special,” Taylor said. “And once they are out there, the owners will be privileged to own the actual gun.” 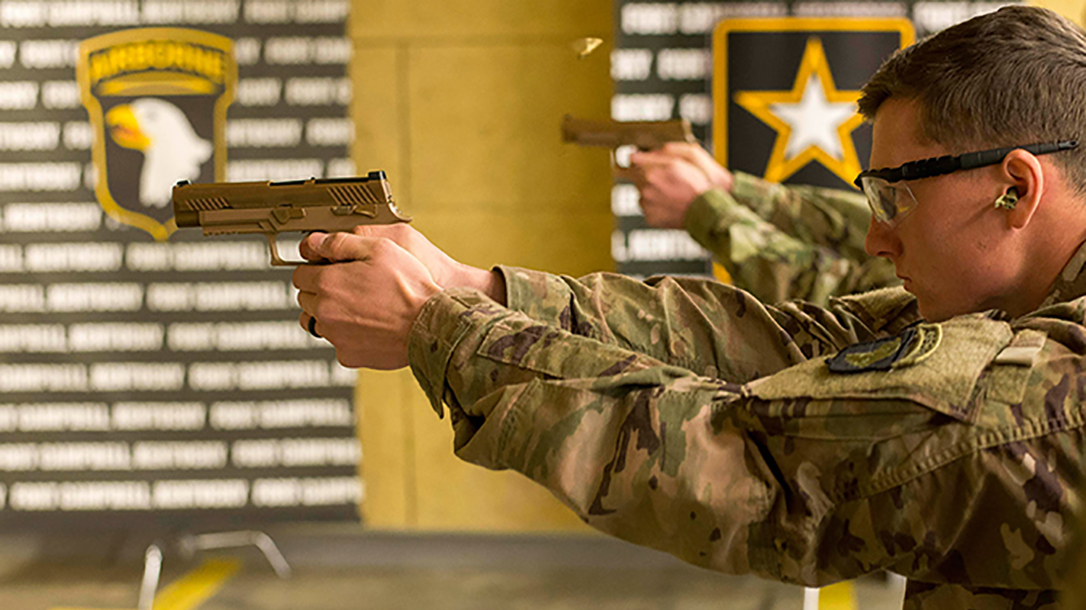 The New Hampshire-based company hasn’t yet made a decision on the price for the gun.

“It’s high in demand, but if we price it too high, they will say ‘I really want it, but it is just too expensive,'” Taylor said.

Sig Sauer won the Army’s Modular Handgun System competition to replace the Beretta M9 in January, beating out Glock, FN, Beretta and Smith & Wesson for the $580 million contract. In November, the 101st Airborne Division became the first Army unit to field the full-sized M17 and compact M18 pistols, which are based on the Sig P320.

Meanwhile, several companies that submitted entries for the Army MHS competition are also releasing those guns to the civilian market. FN has already done so with its 509 9mm pistol, and a high-level Glock employee told a German publication back in August that the company will sell its 9mm G19 and .40 S&W G23 MHS entries to civilians, though no timeline has been given for when that will happen.