The U.S. Army last week released a 360-degree video showing the awesomeness of firing the M777 Howitzer at enemy positions. It gives new meaning to the phrase “poetry in motion.” 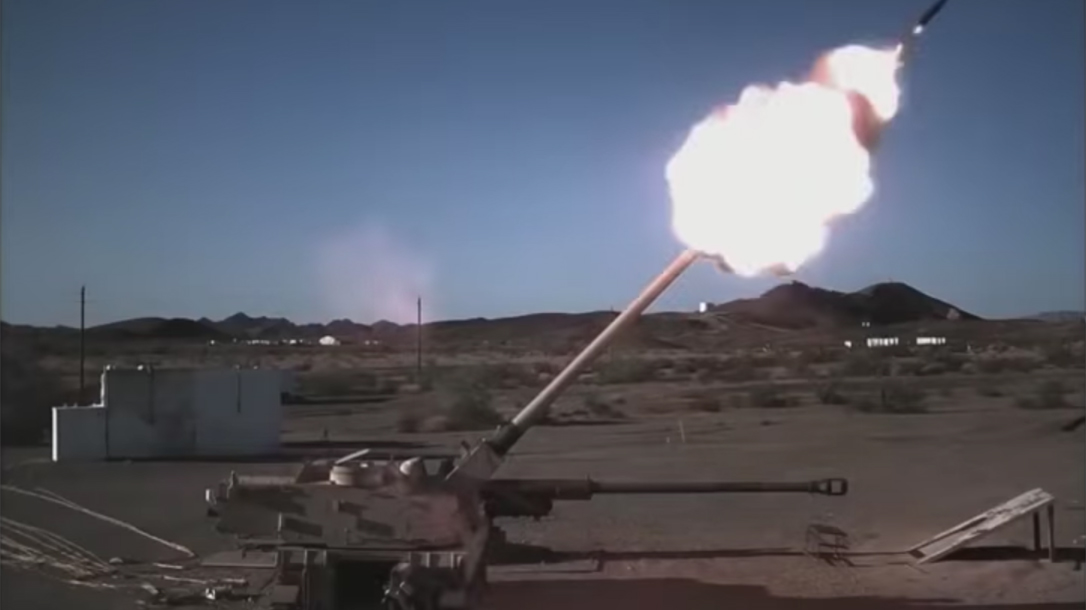 “The sheer power you feel when that round leaves that tube is something else,” James Bess, a team chief with the unit, said in an Army release.

The Army says Bess’ unit has “fired hundreds of rounds” in support of both U.S. and Afghan forces.

“You know that the round is going somewhere to do something for someone else who needs it,” Bess added. “It could possibly be their saving grace.”

Mostly they fire for terrain denial purposes, hitting spots historically used as launching pads by insurgents who shoot rockets at the camp. There are also calls for fire and if insurgents are able to shoot off an incoming rocket, the gunners fire back at them within a few minutes.

The speed and deployment from the unit are a constant threatening reminder and, more importantly, deterrent to the enemy.

Watch the video, which covers all angles, above. For more information, please visit Army.mil.