The US Army Reveals It Will Field the SDMR in September

A paratrooper adjusts his fire to engage another target as the 173rd Airborne Brigade Support Battalion conducts Base Defense Live fire in Slovenia, 2017. The new Squad Designated Marksman Rifle, or SDM-R, is scheduled to be fielded at the brigade level starting in September. 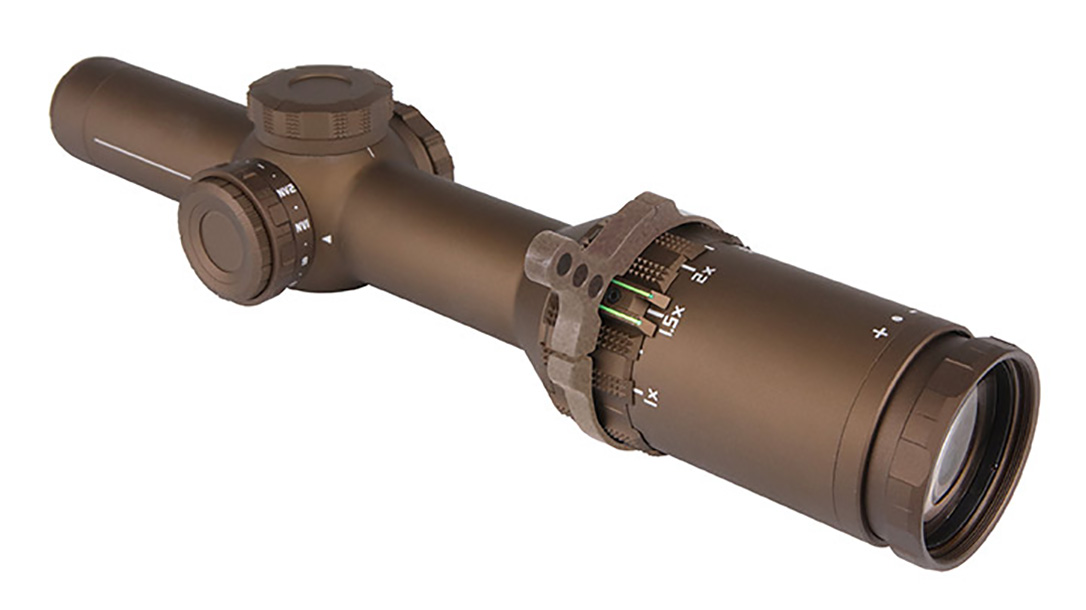 The Army will field its new SDMR at the brigade level beginning in September.

An offshoot of the Heckler and Koch G28E-110 CSASS, the Squad Designated Marksman Rifle gives infantry, scout and engineer squads the ability to lay down accurate fire at longer ranges, thereby boosting lethality. The rifle, along with 50 other new technologies for infantry squads, was recently on display in the Pentagon courtyard.

“The Army’s current rifle technology is most effective below the 300-meter range; however, Soldiers are fully capable of fighting beyond that threshold,” said Capt. Weston Goodrich, assistant program manager for Soldier Weapons, PEO Soldier. “The new rifle addresses the 300 to 600 meters range gap outlined in the 2015 U.S. Army Small Arms Capabilities-Based Assessment.”

Goodrich added that the Army will equip each squad with a “predetermined” number of SDMR rifles. The rifles fire either M80A1 EPA rounds or XM1158 ADVAP (Advanced Armor Piercing) rounds.

Furthermore, the rifle sports a different buttstock and barrel twist than the CSASS version. Its base weight is around 9.9 pounds. As previously reported, it’ll also be equipped with Sig’s TANGO6 1-6×24 riflescope.

In addition to the SDMR news, PEO Soldier also provided an update on the CSASS: it’s slated to undergo production qualification testing and will be approved for limited testing starting in early 2019.

“The CSASS is smaller, lighter, and more ergonomic, as the majority of the changes were requested by the Soldiers themselves,” said Victor Yarosh, who works on the program at Soldier Weapons. “The rifle is easier to shoot and has less recoil, all while shooting the same round as the M110. [Additionally,] the CSASS has increased accuracy, which equates to higher hit percentages at longer ranges.”

“An Army sniper is a kind of force enhancer because they execute a number of missions,” Yarosh said. “They provide a surveillance mission where they use their high-powered scope to observe activity downrange. A sniper can pin down an enemy force through sniper concealment and engagement to provide the right shots at the right time. They can also prevent an enemy force from moving out of cover, which allows our maneuver forces to exploit the enemy by moving into a better position and engage.”

The CSASS sports a new suppressor and muzzle brake. It also has higher power daytime optics which boost a sniper’s surveillance and hostile identification capabilities.

The last bit of news is that the Army wants a replacement for conventional brass ammo casings. Ideally, this’ll reduce the weight load on personnel and weapons, thereby boosting Soldiers’ mobility.

“We’re currently working on drop-in replacement ammunition for the existing 7.62 family of weapons optimizing for the M240 family of machine guns,” said Todd Townsend with PEO Ammunition. “Ounces are pounds. So if we can take a pound out of a Soldier’s weight load, a Soldier could be more effective by carrying other important things.”

PEO Ammunition will start testing in “the coming months,” according to the press release. Consequently, “portions” of test data from the rounds will be sent back to developers for improvements.

“We’re looking at doing a full-up qualification by fiscal year 2021. We are aiming for a fielding by FY22,” Townsend said.

In addition, program managers handling the new 7.62 ammo efforts have partnered with other services, including USSOCOM and forces in the U.K.

“We’re looking at other calibers as well. One of them is 50-caliber round,” Townsend said. “We will continue to coordinate within all test areas to make sure that we don’t do redundant or unnecessary testing.

“The Joint Light Weight Integrated Product Team ensures that all the services are all working toward one common goal of lightening a load.”