Baltimore City Police shot and killed an armed suspect after a wild chase through the city recently. Police believe the suspect is the same man that fired on officers the night before, according to multiple reports. The suspect reportedly used a 9mm handgun. 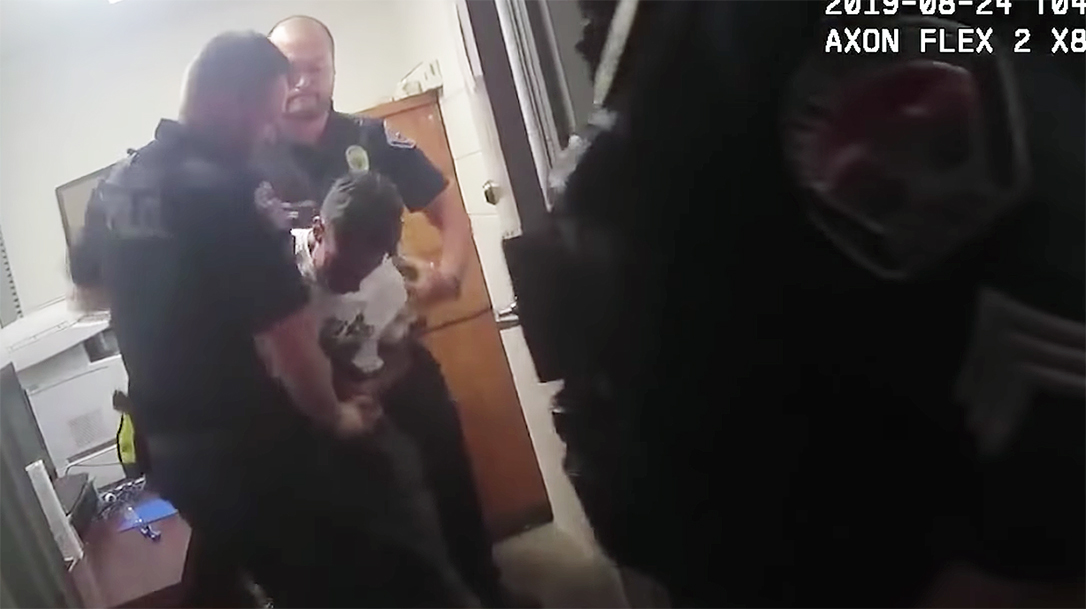 The suspect, identified as 30-year-old Tyrone Domingo Banks allegedly suffered from mental illness. Reports indicate he desired to commit suicide by police, according to wbaltv.com. After suspecting the man shot at an officer the night before, police spotted Banks on Aug. 28.

“We knew for a fact that this was the subject who tried to run over one of our officers the night before,” said Baltimore Police Commissioner Micheal Harrison, reported wbaltv.com. “We knew for a fact that it was the subject who fired upon an officer in a different part of the city, and this subject could have caused harm to either more officers or other citizens through the night and throughout the day, and so yes, there was a heightened concern.”

Officer body cam and Foxtrot footage shows the suspect point the gun at people on several occasions during the chase. Banks finally crashes his car into a tree, and Baltimore City Police respond with overwhelming firepower. At least 13 officers fired their weapons, according to wbaltv.com. Banks died later a local hospital.

Police were still unsure if the suspect actually fired his weapon. However, a female bystander and one officer received gunshot wounds during the shootout, reported wbaltv.com. The wounded female bystander’s sister called for caution from officers when engaging threats in public:

There’s no doubt that, seeing the gun, the threat to officers was credible. However, there is also, as he said, a responsibility for where their rounds end up. When you have most of the cars available to a given police district arriving on a scene, with every officer drawing weapons, the priority for public safety not only increases but should become their number one priority. We are speaking of a city street with a single perpetrator, with a single handgun being responded to with not just handguns but assault rifles, being fired on a popular and busy city intersection. There was literally a single target and yet the police fired in such a way that treated the intersections like a war zone.