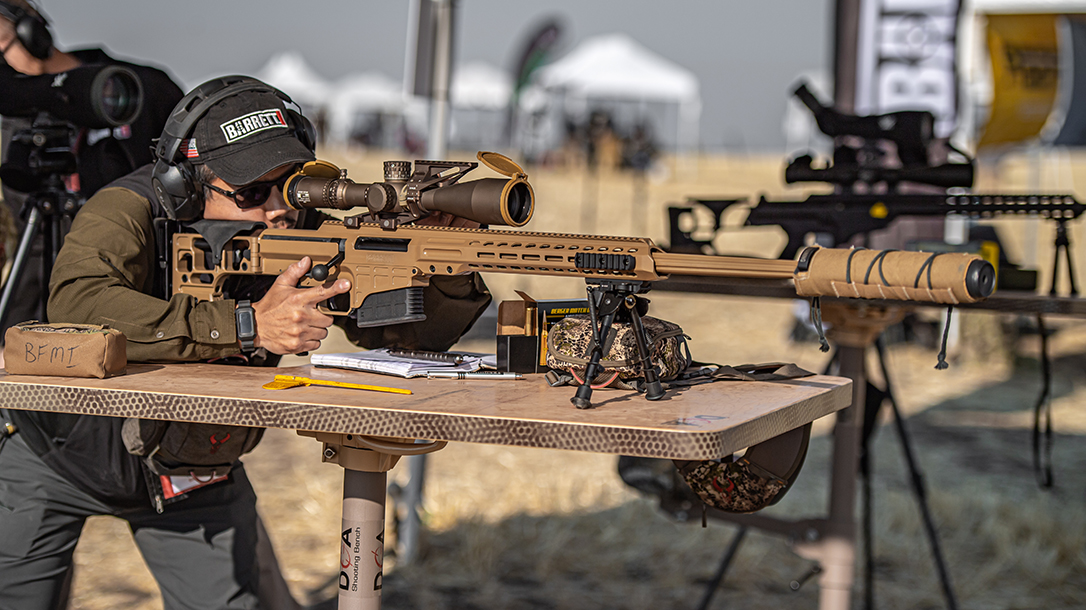 Now Barrett has completed all aspects of the Production Qualification Testing and Operational Testing phases. The resulting order and deliveries will commence in January 2021.

“We are pleased to have reached this milestone with the project and look forward to providing our warfighters with this highly capable platform,” stated Joel Miller, Director of Global Military Sales.

The award comprised a five-year, indefinite-delivery/indefinite quantity, firm-fixed-price contract. The contract carries an estimated value of $49,936,300.

“The United States Department of Defense announced today that Barrett has been selected to provide their MRAD as the US Special Operations Command Advanced Sniper Rifle system, designated as Mk21,” Barrett announced last year. “This marks the first time in history that a father and son have had rifle designs adopted by the US military: Ronnie Barrett with M107 and Chris Barrett with Mk21.”

The MRAD follows in the long, storied tradition of the M82 for service to U.S. troops. For Ronnie and Chris Barrett, the duo made history. The contract made them the first father-son designers to win U.S. military contracts. For more information, visit barrett.net.